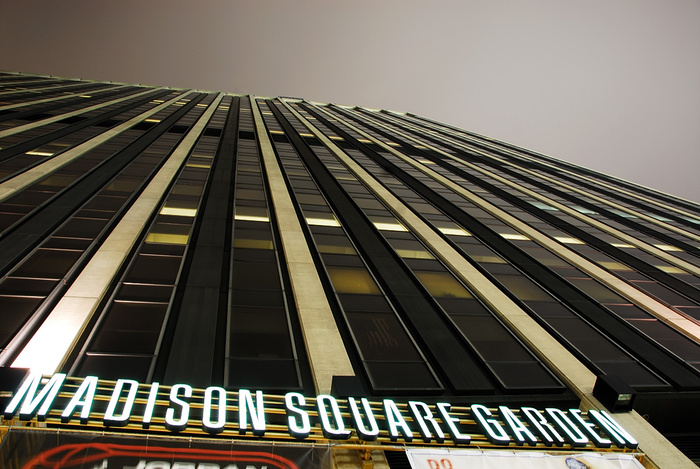 Our dreams of a UFC fight at Madison Square Garden this spring took a huge hit today as a federal judge in New York denied the UFC’s request for a preliminary injunction that would have prevented the New York attorney general and other state officials from enforcing the state’s anti-MMA law. On September 29 the UFC asked Federal Judge Kimba Wood of the Southern District of New York to issue the injunction while the promotion’s case against the law worked its way through the courts. That case, filed by the UFC on September 28, claims that New York’s prohibition of regulated MMA events is unconstitutionally vague.

Had Wood ruled in favor of the injunction, the door would have been open for the UFC to go ahead with a planned event at Madison Square Garden on April 23, the first professional MMA event in New York since the state banned the sport in 1997. Last week, lawyers for Zuffa and the UFC sent a request to Judge Wood asking her to make a decision on their request for an injunction by today, January 25, so that the UFC would have time to plan and market the April event. If she didn’t, their request letter stated, the UFC “will reluctantly be compelled to immediately take the necessary steps to lock in and market an arena outside New York for the April 23rd event.”

Well, Judge Wood was good enough to honor the UFC’s request by making a ruling today but not so good as to rule in the promotion’s favor. In her decision to deny the plaintiff’s motion, Judge Wood cited the Pullman abstention, a reference to a 1941 federal court decision that says federal courts shouldn’t make decisions on the constitutionality of state laws that are open to interpretation until state courts have had a chance to make their own determination.

So, short of the appeals court making a decision on the UFC’s original constitutional claim immediately (which is not going to happen), our long-hoped-for springtime MSG event is off the table. No Chris Weidman, no Jon Jones, no Ronda Rousey, no MMA in NYC. And for those of you who’ve been keeping up with our suddenly heartening coverage of the New York legislature’s evolution on the MMA issue, unfortunately any decision the legislature and Governor Andrew Cuomo make on the legality of MMA this year won’t happen until late March, when the state budget is approved, which would not be nearly enough time for the UFC to turn around and arrange an event just a month later. Proving once again that the mill of justice grinds slow. So. Damn. Slow.

Read the court's decision below: 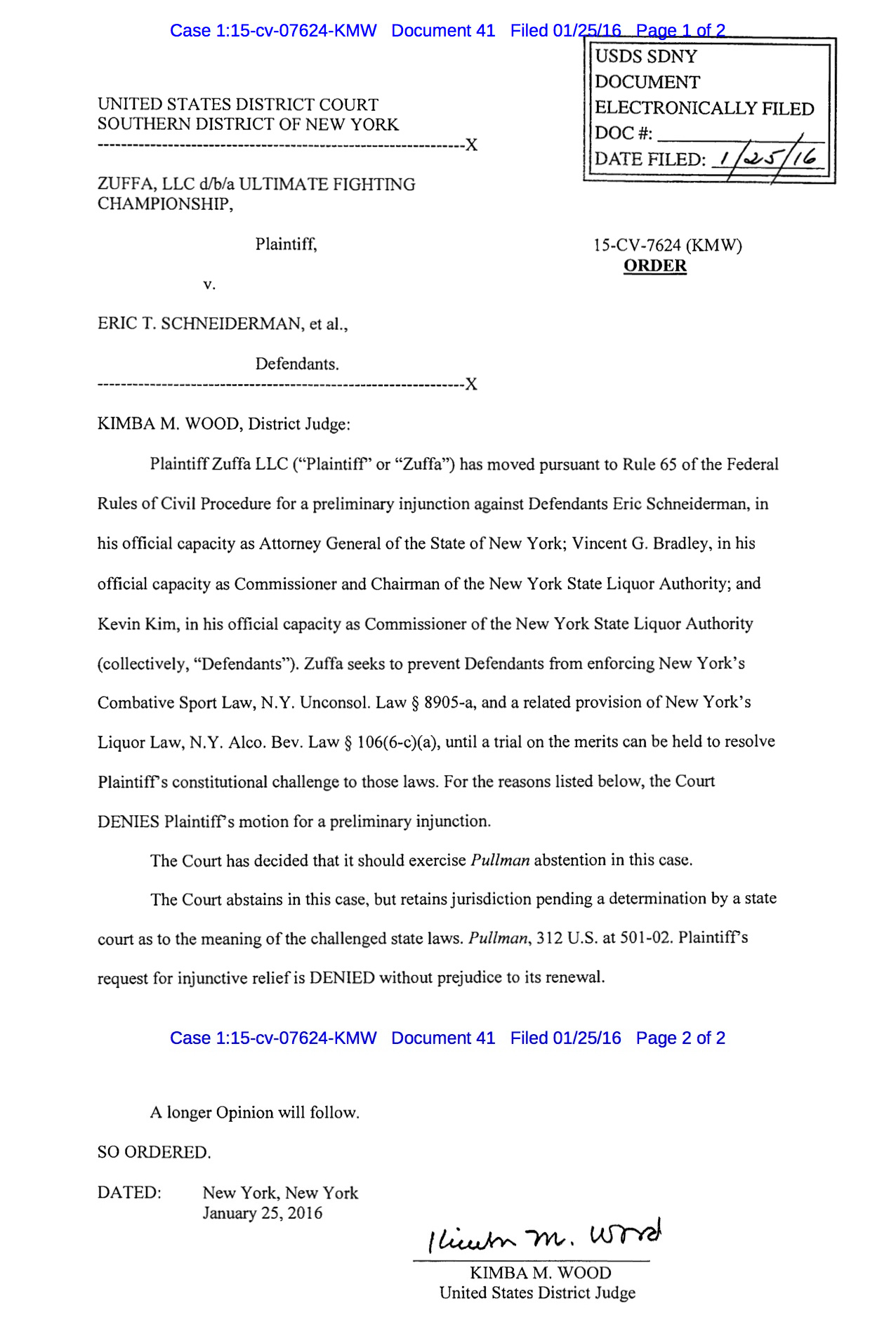