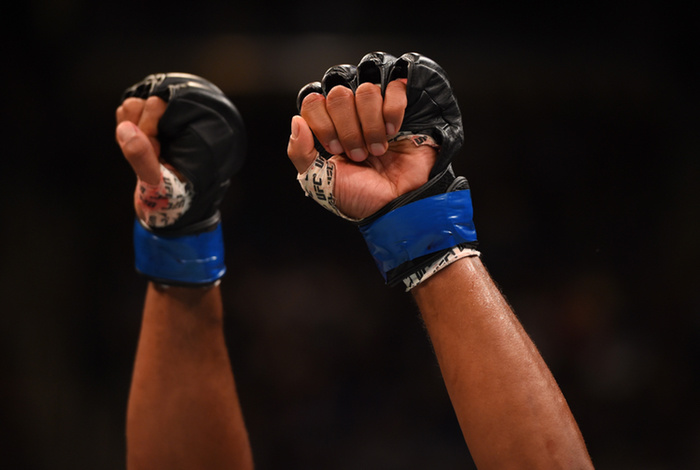 After 18 long years wandering in the wilderness it looks like the state of New York is finally going to legalize professional MMA either this week or early next week.

According to our sources in Albany, the majority Democratic Conference of the New York State Assembly will meet tonight to begin the process of approving a measure that will make MMA legal in the state. Conference leadership will inform the members of their intent to bring the pro-MMA bill to the floor and then, upon approval from the conference, will release the bill into committee. Despite some lingering opposition within the party to mixed martial arts, our sources believe the bill will move smoothly through the necessary committees and could go before the full Assembly as early as Thursday and likely no later than Monday.

“The members of the conference will meet tonight,” one source said. “The leadership will tell members that the votes to approve are there and that it’s time to move through the bill committee. There are still members of the conference who are opposed to the bill, but once it’s clear we have the overwhelming majority they won’t stand in its way. We don’t expect much discussion.”

Once the MMA bill goes through committee and hits the full Assembly floor, sources predict it will pass easily. To be able to pass the bill with just Democratic support (which Democrats in the Assembly prefer to do with all bills), 76 Democratic votes are needed. Currently our man in Albany says 80 Democrats are onboard. Add to that at least 40 “yes” votes on the minority Republican side, and MMA passes in a landslide. And since the Republican-controlled State Senate has voted in favor of legalizing MMA for the last seven years, by bringing pro-MMA legislation to the Assembly floor (which it has never done before) the Democratic leadership is essentially guaranteeing that a bill legalizing professional MMA will for the first time ever go to the desk of the governor. And Andrew Cuomo is not only on record saying he would sign such a bill, he included the regulation of MMA in his proposed 2016 budget this past January.

After the bill passes in the Assembly the Senate will be responsible for delivering the actual legislation to the Governor’s desk. That usually takes a few weeks to a month. Then, 120 days after the governor signs the bill into law that law will take effect. Which means as early as September we could all be sitting in Madison Square Garden, smiles on our faces, watching—wait for it—mixed martial arts.

Oh, to be in New York City, now that autumn’s here.

This news comes a day after the Assembly released their proposed amendments to the Cuomo budget, amendments that specifically did not include support for the governor’s MMA legislation. According to our sources in the legislature, Democratic leadership left out support for MMA in the budget specifically because they wanted the world to know that they would be bringing MMA legislation to a vote on its own, not buried deep inside some other, sweeping bill.

“It’s our preference not to package the MMA bill in the budget and to demonstrate that we can pass this without providing the coverage of the greater budget for our members,” one source said. “It was important to the leadership that our members have a chance to vote on and show their support for MMA on its own.”

Check out these relateds stories: