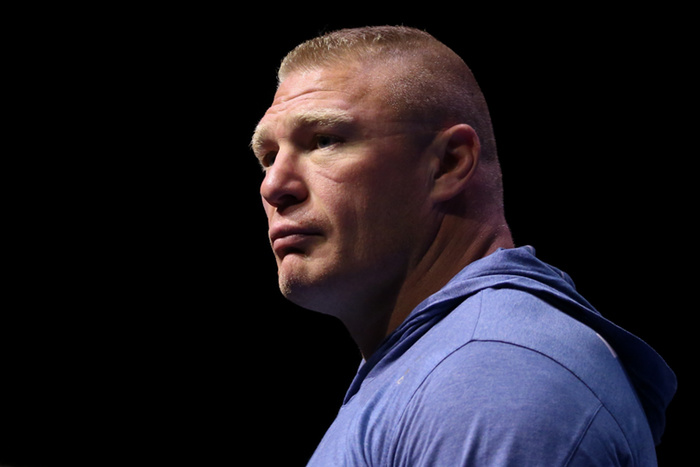 ​For the first time in five years, WWE superstar Brock Lesnar entered the Octagon at UFC 200 for his short-notice bout against Mark Hunt and won via unanimous decision. After Jon Jones was flagged by USADA and pulled just three days before historic card, Lesnar was the remaining big-draw, signaling a new era in the sport in what turned out to be the last event under Zuffa ownership.

But, for better or worse, there was another another shift taking place at the same time—the Jeff Novitzky led purge of performance enhancers.

Today, the UFC released a statement confirming that Brock Lesnar has failed an out-of-competition collection sample, potentially violating anti-doping standards. The sample was taken just 11 days prior to UFC 200.

Brock will get the full administrative procedure regarding the potential violation, and has yet to make a statement or appeal the decision.

Read the UFC’s full statement below.

"The UFC organization was notified today that the U.S. Anti-Doping Agency (USADA) has informed Brock Lesnar of a potential Anti-Doping Policy violation stemming from an out-of-competition sample collection on June 28, 2016. USADA received the testing results from the June 28, 2016 sample collection from the WADA-accredited UCLA Olympic Analytical Laboratory on the evening of July 14, 2016.

"USADA, the independent administrator of the UFC Anti-Doping Policy, will handle the results management and appropriate adjudication of this case. It is important to note that, under the UFC Anti-Doping Policy, there is a full fair legal review process that is afforded to all athletes before any sanctions are imposed. The Nevada State Athletic Commission also retains jurisdiction over this matter as the sample collection was performed in close proximity to Lesnar’s bout at UFC 200 in Las Vegas.

"Consistent with all previous potential anti-doping violations, additional information will be provided at the appropriate time as the process moves forward."

Weighing the Options of Brock Lesnar