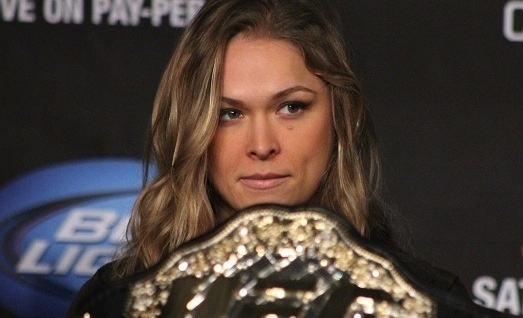 Of course, soccer when you’re that age is soccer in name only. Positions are nebulous, ever-shifting things and games inevitably devolve into pack-hunting missions—22 screaming kids all chasing after the same ball at the same time (which reminds me of a rodeo I once went to in Wyoming where they released a horde of children into the ring to chase a horrified calf—it made me feel at once nauseous and patriotic), with no regard for strategy or even success. There’s something wonderfully absurd about the whole thing. And besides, Max appears more interested in running off in random directions and jumping into the air than he is in getting to the ball. So I probably have no need to worry. But I do.

I was thinking about this while watching the most recent episode of The Ultimate Fighter, which is turning out to be one of the series' most fascinating seasons if only for the glimpse it allows viewers into the mind of a true dyed-in-the-wool savant champion. Past coaches, like Rashad Evans or Junior dos Santos or Chuck Liddell, may have been great fighters and great athletes, but they were no Ronda Rousey. Ronda Rousey is something different, both in kind and in magnitude. Watching her every week is like getting the chance to see inside the mind of Michael Jordan or Bobby Fischer or Glenn Gould—to enter the world of near pathological monomania and to understand that to be truly great, like conquer-the-world great, you have to be a bit mad. Success at that level is a kind of compulsion. And that has to come from somewhere.

This week, Rousey brought in her mother, Ann Maria Rousey DeMars, to guest teach a training session for her team. DeMars, in addition to being Ronda’s mother, is also a lifelong martial artist and the first American to ever win the World Judo Championships. Ever since Ronda started making a name for herself in MMA, bizarre stories have circulated about the intensity of her mother’s parenting approach, which seemed to be as much about coaching as raising. Some said DeMars used to wake her daughter up in the middle of the night with an armbar. But that might just be part of the Rousey myth. The UFC bantamweight champion, after all, has won all her MMA fights by armbar, and a record like that might require a romantic creation story.

On the show, Ronda recalled her mother sending her as a child to fight in tournaments even when she was injured, without her coaches, because, she said, your goal shouldn’t be to be the best in the world, but to be the best in the world on your worst day. So off into enemy territory on limping legs she went. And when she lost or got injured again, her mother could be cold--though, Ronda swears, with the best intentions in mind. She had to be cruel, you see, to be kind: “Pretending I didn’t care was the hard way. That was how I cared—by showing that I didn’t.”

So far this season, Team Rousey has lost two fights, and on both occasions Ronda seemed all but incapable of handling the disappointment. I‘m not criticizing her; I’m just fascinated. What goes on the human brain that needs victory that much and can’t stomach defeat? At what point does a healthy sense of competitiveness devolve into something darker, something pathological—into the belief, or rather the deep-seated feeling, that to lose is to die and to live is to conquer? And what happens to the athlete with that mindset when their days as a professional are over? Is this why Michael Jordan seems to be wandering in the wilderness, talking trash to far younger players, attacking his contemporaries, and generally losing his mind? What does an obsessive do when the object of their obsession is gone? An athlete with that need, like Ronda Rousey, where does the fire go when you aren't competing?

“She could build you up higher than you’ve ever been before,” Ronda said of her mother, “but she could tear you down and make you feel like the biggest piece of shit ever.” Which sounds like madness, but I suppose there was method in it: building up by tearing down, caring by not showing you care, turning parental affection into something to be earned, another trophy. Building the perfect fighter.

In Tom Stoppard’s Rosencrantz and Guildenstern Are Dead, the Player King explains his theater troupe’s place in the world: “We’re actors,” he says. “We’re the opposite of people.” I can’t help thinking of that quote every time I see a world-beater, a person who’s truly great at something, trying to find footing in the outside world. To be the best is to believe in and to strive for perfection, to die for it, but to be human is to be flawed and to fail, over and over again until the last and inevitable failure.