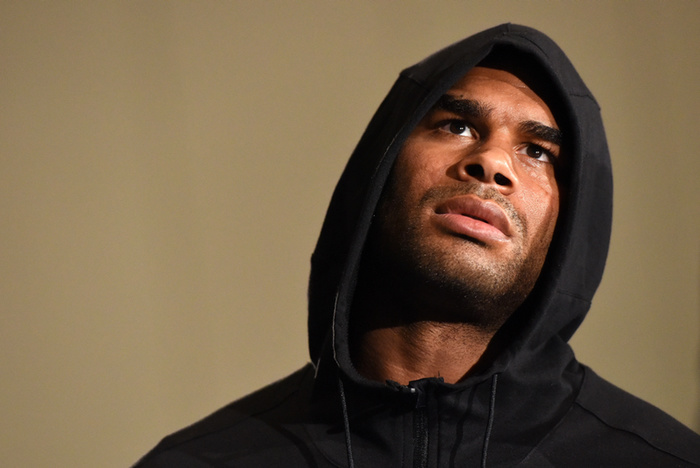 Over the last few months, the sport of mixed martial arts has experienced something of a revolution, as a number of big-name competitors have chosen to fight out their UFC contracts and field offers from other organizations as free agents. The most recent UFC fighters to attempt this strategy have been Dustin Poirier, who closed out his contract with a win over Joseph Duffy, and Matt Mitrione, who ended his last contract with a controversial loss to Travis Browne. The biggest names to attempt this strategy, however, have undoubtedly been Benson Henderson, Aljamain Sterling, and Alistair Overeem.

At the moment, it’s not clear what the future holds for Poirier and Mitrione. As of Monday afternoon, however, Henderson, Sterling and Overeem officially have homes.

Henderson was the first of these three superstar free agents to sign a new contract—though it was not with the UFC. In a fairly surprising twist, the former UFC lightweight king was picked up by Bellator, a Viacom-owned organization, and the UFC’s biggest competitor. In the days thereafter, Bellator complimented this major signing by adding Sergei Kharitonov, a Pride, Dream and Strikeforce veteran, and Chris Leben, a veteran of The Ultimate Fighter season 1, to their growing roster. Needless to say MMA’s number-two league has been enjoying a bit of a hot-streak.

On Monday, however, the UFC responded in a big way, as it was announced that both Sterling and Overeem would be returning to the Octagon instead of taking their services elsewhere. The first of these announcements came from Overeem, who took to Twitter with a photo captioned: Just signed my new @ufc contract!

Hours later, Sterling followed suit, making an announcement of his own on The MMA Hour.

“We are back.” The 26-year-old bantamweight told Ariel Helwani on the show, proudly holding up a print-off of the UFC logo as he spoke. 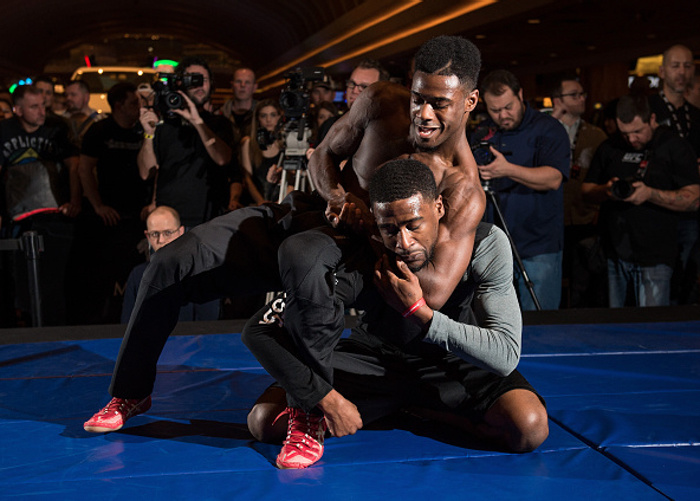 So, despite Bellator’s big push to begin this month, it appears that the UFC has emerged the victor in the battle for MMA’s three most-sought after free agents, having signed two of the bunch. And really, given UFC president Dana White’s statements following Bellator’s signing of Henderson, it should come as little surprise that this is the way things have unfolded.

“We’re looking for top-5 guys, guys that are going from 15 to 1, not the other way around,” White told MMAJunkie.com with respect to the UFC’s willingness to let Henderson go.

Of course, there is no denying Henderson’s status as one of the game’s very best fighters, but at the time of his UFC departure, the former lightweight champ held the welterweight division’s number-15 spot. Overeem, meanwhile, currently holds the UFC heavyweight division’s number-3 spot, while Sterling sits as the UFC’s fifth-ranked bantamweight. White’s recent comments then, explain the UFC’s willingness to bid big on Overeem and Sterling, and their contrasting willingness to let Henderson go. The organization seems focused on filling its roster with fighters it believes are on the way up, and apparently Henderson didn’t fit that bill.

By re-signing Overeem and Sterling, the UFC also shows a readiness to do whatever it takes to keep fighters they deem valuable out of the hands of their competitors. We know that Bellator was very interested in Overeem and Sterling’s services, and yet the UFC was willing to open its checkbook and bid big to lure them both back to the Octagon.

This is not to suggest that Bellator’s days of scooping up big-name UFC veterans is over. Just weeks removed from their signing of Henderson and Leben, for example, the Viacom-owned organization seems poised to make a push for Pride and UFC legend Wanderlei Silva—and whether they manage to scoop him up or not, we can expect them to make similar plays down the road.

In the case of Bellator’s pickup of Henderson, however, the UFC has responded in the strongest possible way; reeling Overeem and Sterling back in as quickly as they left and reasserting themselves as the sport’s irrefutable major league in the process. And just as Bellator’s continued signing of names like Henderson, Kharitonov and Leben is certain, we can also expect the UFC to work for Bellator’s big names whenever their contracts end. They did, after all, fight very hard for Eddie Alvarez and Quinton “Rampage” Jackson, and all signs point to their doing the same when current Bellator lightweight champion Will Brooks wraps up his current deal.

Yes, after weeks of intrigue and speculation, Henderson, Overeem and Sterling have all signed new contracts. MMA’s free agent movement, however, is probably just beginning, and as this movement continues to unfurl, we can expect Bellator to fight hard for the names they think their roster can use, and the UFC to use its near-boundless resources to sign—or keep—the free agents it deems valuable. That is to say, high-stakes bidding wars of the Henderson-Sterling-Overeem variety are probably going to become more and more common in the future.