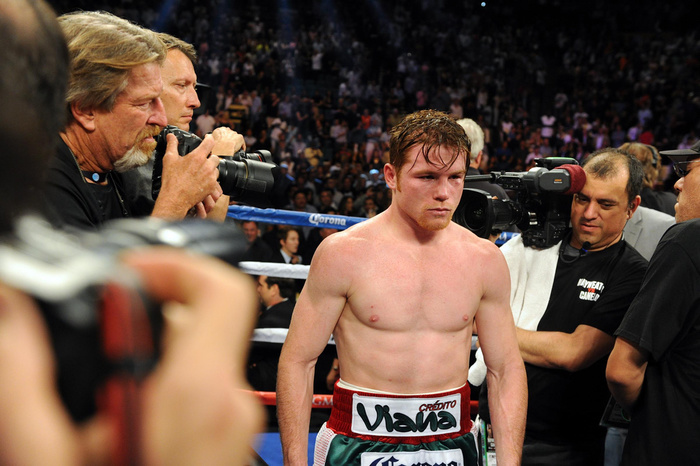 WBC president Mauricio Sulaiman opined in an official statement: "The WBC has received official confirmation from Golden Boy Promotions of Saul 'Canelo' Alvarez's decision to vacate the WBC middleweight championship. Gennady Golovkin is hereby recognized as the undisputed WBC middleweight champion of the world. The WBC wishes Canelo Alvarez great success in his career and will certainly look forward to seeing Golovkin vs. Alvarez materialize in the future."

The initial worry produced from such news—concern shared by both boxing fans and pundits alike—was that such a fight between Mexican superstar Canelo and GGG would be left on the ropes, so to speak. It wouldn’t be the first time Alvarez had been accused of actively avoiding a fight against Golovkin. In fact, Sulaiman had to defend Alvarez’s last middleweight title defence against the much-lighter Amir Khan after the WBC had been harangued for not ensuring a fight between both Canelo and GGG, along with encouraging a meaningless title fight with such obvious weight discrepancies involved.

Simply, Canelo and Golovkin should have fought by now. The two were set as opponents in a mandatory bout as soon as Alvarez emerged victorious over Miguel Cotto back in November. Both Oscar De La Hoya and Canelo wanted a fight in between the mandatory fight against GGG and the WBC bowed to their demands.

However, Canelo did his best to allay any fears by issuing a statement of his own, citing Sulaiman and the WBC’s “artificial” 15-day deadline as the major sticking point which prompted this move—not the opponent in question.

“After much consideration, today, I instructed my team at Golden Boy Promotions to continue negotiating a fight with Gennady ‘GGG’ Golovkin and to finalize a deal as quickly as possible.  I also informed the WBC that I will vacate their title.  For the entirety of my career, I have taken the fights that no one wanted because I fear no man. Never has that been more true than today. I will fight ‘GGG,’ and I will beat ‘GGG’ but I will not be forced into the ring by artificial deadlines. I am hopeful that by putting aside this ticking clock, the two teams can now negotiate this fight, and ‘GGG’ and I can get in the ring as soon as possible and give the fans the fight they want to see.” 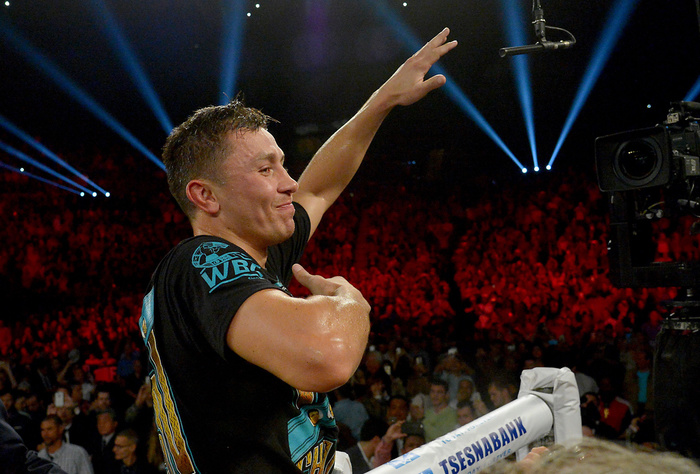 Canelo’s last outing, at the beginning of May, saw him score a stunning sixth-round knockout over British speedster Khan while Kazakhstani KO artist Golovkin earned his 22nd consecutive knockout against his mandatory challenger in Dominic Wade inside two rounds at the tail end of April. With each fighter’s schedule aligning, it was widely rumored that both Alvarez and GGG will finally fight in September—with extravagant venues such as the behemoth AT&T stadium in Dallas, Texas, mooted as a potential home for the biggest, most meaningful fight in boxing at present.

The “artificial deadlines” Canelo’s statement alludes to could have seen De La Hoya and Golden Boy’s involvement in this prospective bout compromised. If the fight wasn’t confirmed on paper before the WBC’s deadline was missed, the organization would then hold a purse bid for the contest’s promotional rights. The highest bidder wins and that winning purse amount is then divided between the two fighters. With neither party happy with terms at present, Alvarez opted to vacate his title to avoid further complication—which isn’t necessarily the end of the world if Canelo fancies his chances of winning his title back from GGG at the first time of asking. De La Hoya would not be happy with his chief cash cow filling the pockets of other promoters.

Despite these changes, negotiations between both Golden Boy and Tom Loeffler’s K2 Promotions, who represent Golovkin, appear to be running relatively smoothly with both parties not offering any of the negative soundbites endured months ago. De La Hoya released a statement of his own, which read: "There is no denying that Canelo is the biggest star in the sport of boxing. He is eager to get in the ring with GGG to show the world that he is also the best pound-for-pound fighter in the sport. But we won't negotiate under a forced deadline. Now that the WBC title is off the table, I am hopeful that GGG and his promoter, K2 Promotions, will come to the table in good faith and get this deal done."

Meanwhile, Loeffler told Dan Rafael of ESPN : I'm still 100 percent confident that the fight will happen. Canelo is clearly the most marketable fighter in the sport of boxing, and that's not going to change our negotiating position, that he doesn't have the title. We will do what we can to make the fight in his next fight. If Canelo was afraid to fight Gennady he wouldn't have called him in the ring [after the Khan fight]. He called him in the ring out of respect and to show he wasn't afraid of Gennady."

"There's plenty of time to make the fight. This doesn't diminish the chance to make the fight with Canelo. Whether it's the next fight or next year, I'm still very optimistic the fight will happen. It's the biggest fight in boxing and the one fans are clamoring to see. Golden Boy has not given me any indication that the fight wouldn't happen next. If we can make the Canelo fight, that's the best possible scenario. If we can't, we will look for the next best fight for Gennady."

An issue that has previously blighted talks between both camps was that of weight. Canelo had insisted on fighting at his own personal 155lbs weight limit—which he weighed in at when fighting Khan—while Golovkin was unwilling to cut additional weight down from the middleweight division’s official 160lbs limit. According to Loeffler, there has been no talk of that sort this time around. "It [weight] never came into play. It was about the financial aspects of the fight, the location. It wasn't really in-depth yet, but weight didn't come up. It wasn't a stumbling block."

The interim fights of Alvarez vs. Khan and Golovkin vs. Wade were a provision both parties agreed to with the WBC as an exception to its mandatory challenger rules. But, the Canelo camp hasn’t lived up to their end of the bargain. While this situation pales in comparison to that of Mayweather vs. Pacquiao, Golovkin and Loeffler have wanted this fight for some time. Canelo will be the first big name and big test of GGG’s career, while this will also comfortably be Golovkin’s biggest payday in his professional career—something the LA-based boxer’s abilities has warranted for some time now. So far, they have met nothing but resistance in talks with Canelo and Golden Boy. But, thankfully, negotiations do appear to be running smoother this time around.

However, there is a concern that De La Hoya will overplay his leverage of having the more popular boxer under his wing. Traditionally, the bigger name will have much more favourable deals when it comes to contract negotiations. But, with Alvarez now losing the belt to Golovkin through default, how is that balance affected? The fact that the financials and the fight’s location were the issues which kept both parties from meeting the WBC’s 15-day deadline suggests the negotiations may not be quite as simple as portrayed from both parties following yesterday’s announcements.

What’s Being Said About Gennady Golovkin vs. Canelo Alvarez