Changing Seasons of Muay Thai: The Lives of Four Fighters One Year Later 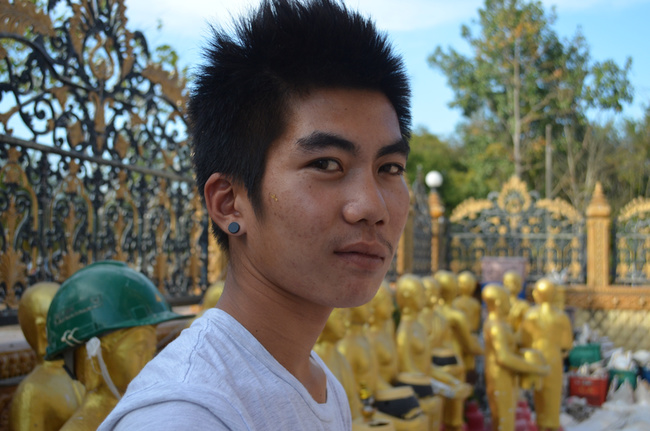 In late July 2014, I attended a fight night in Maha Sarakham Province, central Isaan, Thailand, to watch four young boxers compete. All four of them were training out of Giatbundit Gym in the neighboring province of Buriram.

Now exactly one year later, none of the four fighters I saw that night remains at Giatbundit. Over the course of this last year, I made multiple visits to Isaan and tracked the changing lives of these four young fighters. 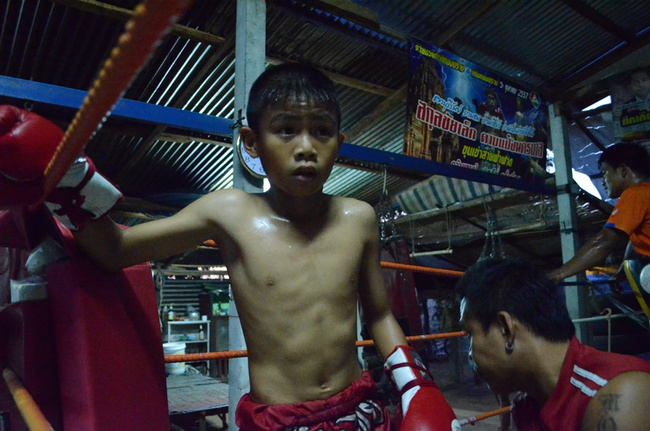 Only 10 years old at the time, Ong Lee was the youngest of the four Giatbundit boxers I watched fight last year. His father removed him from Giatbundit a few months later when Ong Lee was invited to train at Dor. Pewlawpakdee, a small gym about an hour from their home, famous for housing the young fighter Moo-Sua-Dam, a 13-year-old prodigy and already a champion four times over.

Earlier in 2015, I found Ong Lee on the side of the road in rural Thailand, surrounded by farmland. His father had dropped him off a few miles outside Dor. Pewlawpakdee and he was running on the shoulder, warming up for training. It was afternoon and he'd just finished his school day. His parents have always encouraged his school work in addition to Muay Thai. Ong Lee takes both seriously -- he trains and fights without complaint, all the while maintaining good grades in school. 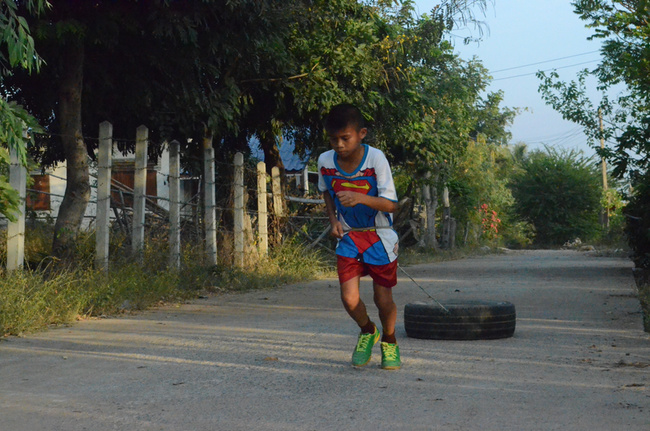 Recently, Ong Lee made the switch from Dor. Pewlawpakdee to Wor. Watthana, a new gym much closer to his home. His father made the decision to transfer him, believing that Wor. Watthana, run by Canadian-Thai couple Frances and Boom Watthanaya, has a bright future. Ong Lee's father reportedly has no plans to sign his son officially with Wor. Watthana. Instead, he plans to sell Ong Lee to a big Bangkok gym when the time comes, a dream common to many Muay Thai families in Isaan. 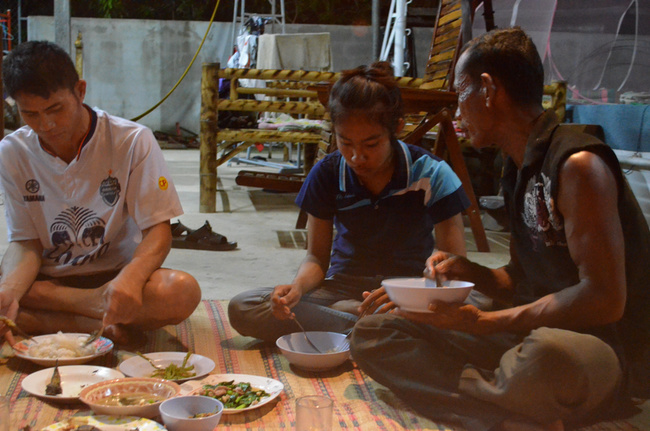 I watched Joy win her fight against a local Thai fighter named Cherry at the Maha Sarakham show last July. One year later, Joy was the only fighter I couldn't track down personally. I asked around about her and found out she lost three tough fights in a row by TKO after last year's victory over Cherry. She's had a tumultuous year, training and fighting, all while balancing the demands of her senior year of high school and preparing to take the ONET college entrance exams.

The working relationship between Joy's father Comb and Giatbundit Gym owner P' Dit worsened during her three-fight losing streak. Other Giatbundit families wondered aloud if those hard fights that Joy had lost to TKOs were a ploy to get Joy and Comb out of the gym. Rumors started spreading that Dit had purposely set up fights he knew Joy wouldn't win.

Joy and her father ended their relationship with Giatbundit more or less permanently. After her final year of school, she left for Bangkok. She had dreamed of going to university to be a nurse. Last I heard, she was following in her older brother and sister's footsteps, working menial labor in Bangkok and not attending school. 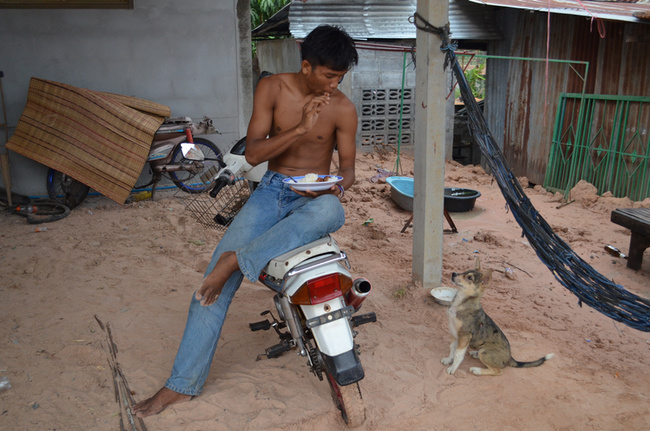 At the time of the Maha Sarakham fight, 16-year-old Senrak had been living and training full-time at Giatbundit Gym. One of the gym's top fighters, Senrak was already a veteran of Lumpinee Stadium in Bangkok, and had competed for multiple Isaan titles around his home region.

A year later, he is now managed by his father. Senrak’s father had had a falling out with Giatbundit owner P' Dit over money, accusing Dit of skimming too much off the purses. Senrak quietly left Giatbundit for Jitmuangnong Gym in Bangkok, but didn't sign as a contracted fighter and thus wasn't given much attention there. He has since returned to his home in Isaan. 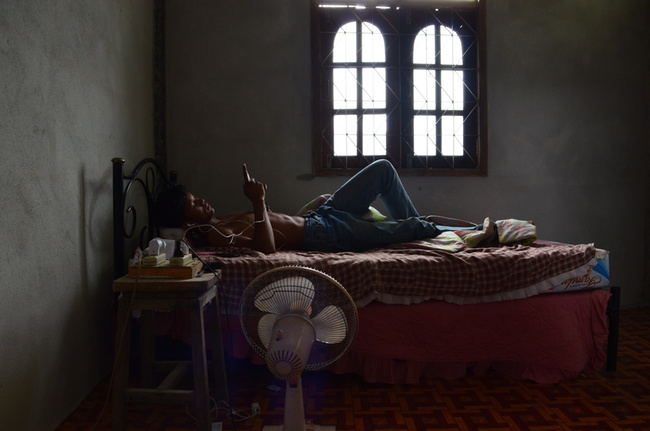 In his years of fighting, Senrak has bounced around a few different gyms in Isaan. Local gym owners or promoters find him fights, he trains at their gyms, and they put up the side bet for his fight. He doesn't stay with any one gym for very long, though, as he is something of a free agent. He spends most of his time training at home and competing in the local circuit. Now 17, he is out of school, having left to focus on fighting after completing his last compulsory year, Grade 10. Senrak is a fairly promising fighter, but his age, 17, his future is very uncertain, a story similar to thousands of other teenage fighters around Isaan. 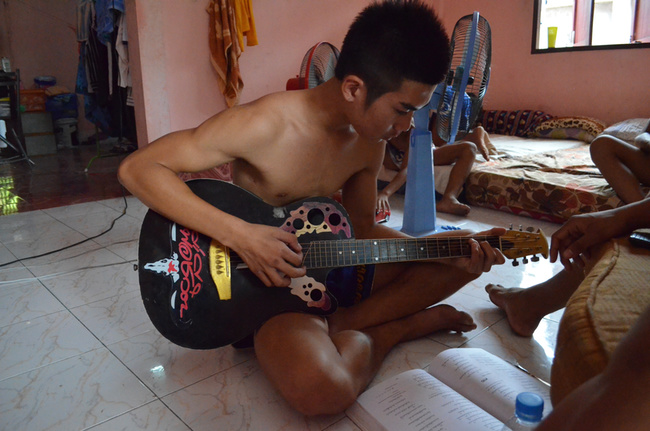 It was 3:30 in the morning when I watched Jamesak finally enter the ring at the Maha Sarakham show last year. Despite being awake nearly 24 hours at that point, he won by K.O. in Round Three.

Strong yet inexperienced, Jamesak was an interesting case. He'd begun his fight career when he was 17 years old and 52kg, unlike the average Isaan fighter who starts around 10 years old and 25kg. At his age, he should have had dozens of fights. The one I had watched was only his second.

Abandoned by his parents at a young age, Jamesak had been living with his adoptive family in a tiny home at Wat Hong Temple in a village in Buriram Province at the time I met him. He doesn't know who his biological father is, and his mother is away working in Pattaya. He was raised by his grandmother, then left her village to live with another family nearby, partially to escape the rampant gang and drug problems in his grandmother's hometown. He is fluent in Khmer, a mark of being from one of the poorest and most marginalized areas of Thailand.

On the warm December day I found him, nearly six months after his Maha Sarakham fight, he was working as a laborer in construction and maintenance at Wat Hong temple, where he and his adoptive family had been living. When I asked how his life had been going, he sheepishly smiled his half-smile, face partially paralyzed from a motorbike accident when he was 13, and wordlessly lifted his shirt to reveal scars from knife wounds he'd sustained only a few months before. 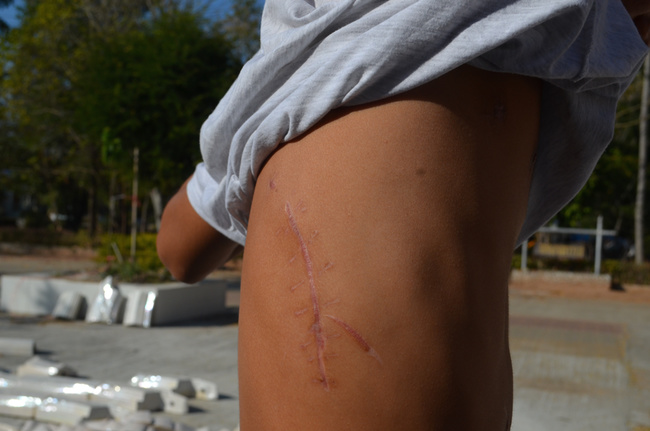 Jamesak had been visiting his grandmother in her village at the time of the attack. Local gang members had jumped him from behind, stabbing him nine times as revenge for a feud with his uncle. Jamesak had not been personally involved in the feud. He likely would have died in the attack had his friends not rushed to his rescue to break up the fight and bring him to the hospital. One of the stab wounds was just inches from his lung. He was intubated to assist with breathing during his hospital stay.

I saw him again a few months later. He'd recovered more or less fully, and was living and training full-time at Sor. Dungchang Gym in Buriram, slowly easing his way back into fighting, and finding success in the ring. I told him the same thing I’d told the others, that I’d come see him again next year to check in.

The All-Nighter Fights in Isaan, Thailand