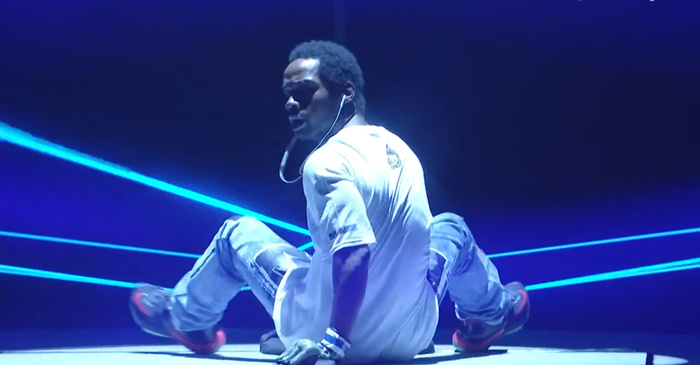 MMA can be so humorless sometimes. In Reebok uniforms, UFC fighters turn entrances into time-sucking chores instead of parades of personality. On the undercards of Bellator's freak-show-anchored productions, the supporting cast is—with notable exceptions—a roster of interchangeable faces. Self-expression exists within narrow margins: if you want your walkout music to be a goofy 1981 pop song, it takes an Internet uproar to override your boss. Every fight is trumpeted as the most important with the most at stake when clearly most fights are not worth hyperbole. And by living with existential concerns of win bonuses and corporate sponsorships, of career-building progress and career-derailing setbacks, professional fighters in high-level MMA rarely have the space to act like the weirdoes and maniacs they often are.

Charles "Krazy Horse" Bennett is different. He won by seven-second knockout over now 0-1 Minoru Kimura way down the bout order at the opening round of Rizin Fighting Federation's Grand Prix this past weekend in Saitama, Japan, and he bookended his performance by acting authentically fucking bonkers. He walked out wearing a King of the Cage shirt with some homemade Sharpie scribbles aimed at Wanderlei "The Axe Murderer" Silva, who we wrote about last week after the duo revived their 11-year-old feud in a hotel lobby. Then the fight with Kimura happened, in all its brevity:

When Bennett backflips off the ropes and stumbles and keeps going, he's like a little kid off his ADHD meds, sucking down Pixy Stix and running into the wall when he should be in bed. After he got his winner's trophy, he acted like he was masturbating, complete with post-orgasmic nap, as the center of attention for the Saitama Super Arena. He reclined on the canvas for most of his post-fight thank-you speech to Japan before he called out Wanderlei Silva ("Candylei," he called him) and said the only way they'll fight is with a contract. "Other than that," Bennett said, "every time your big steroid-head ass sees me—I'm a [n-word], and I run fast."

Saying it with the hard r made me and probably lots of other people feel uncomfortable even as he burst into a sprint and slipped around the ring. Casual racism aside, Bennett is an entertainer who personifies MMA at its most absurd. His bout with Kimura was a parody: it was a fight fought for reasons that have nothing to do with high stakes or forward progress. The before and after were pure improv by a court jester. It's usually easy to tell when fighters write down insults and tortured one-liners, and it's easy to tell that Bennett wasn't trying to do that this weekend. Pretending to jerk off in the middle of an arena full of Japanese people—that's something you just gotta feel like doing, man. 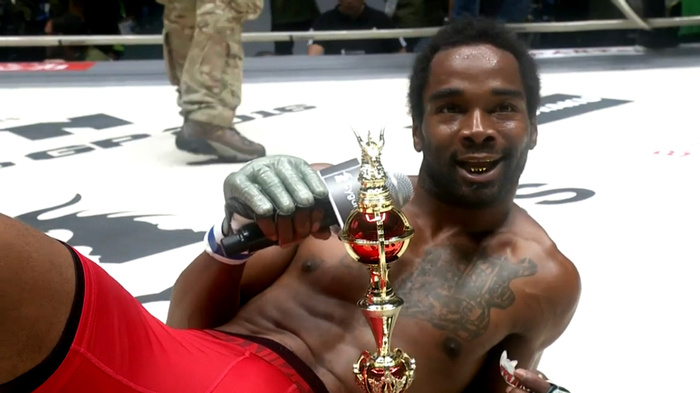 Bennett is the perfect ambassador for Rizin and its anarchic approach to MMA that seems intent on turning the volume up on Pride's spectacle until the speakers explode. And honestly, watching the opening round of the Grand Prix was a good time. Beneath Kron Gracie's headlining win, there was Mirko Filipovic submitting his unheralded opponent to set up a rematch with Silva in the tournament's second round. Baruto, a 400-pound Estonian sumo wrestler who looked like a human-bear hybrid swiping his paws when he beat Pride legend Kazuyuki Fujita, will join them alongside a bunch of guys I've never heard of. Bemused English commentary (and helpful metric conversions) from Joe Ferraro and former Pride heavyweight Heath Herring peppered the broadcast. If you blinked when Kanako Murata won her fight, you might have missed the in-ring appearance from a guy wearing a human-sized cup of ramen noodles costume. And, as this backstage photo attests, the beef between Krazy Horse and Silva is far from a dead issue.

It's not correct to call Rizin's brand of MMA harmless fun since men and women are occasionally stomping on each other's heads and, you know, causing harm. If any part of you still believes in the purity of sport fighting, you know this isn't the kind of event you can stomach too often either. Too much fun creates a vacuum that swallows the wider meaning of what fighting can be. Considering the widespread charges of fight fixing that dogged the Pride days, I'd be shocked if all 13 fights at the arena were on the level based on probabilities alone.

But the carnival show gene is a part of MMA's hereditary history that can't be deleted. And rather than doing the "come for Shamrock and Kimbo but stick around for the fighters who are actually good" dance that Bellator has employed to recent success, Rizin operates as a near-total release from the staid, serious world of MMA. It's where former champions with lines in their faces go for another stroll into the spotlight. It's where wins and losses don't matter much if at all. It's where a guy with a grill can be as insane as he wants to be.

The Ghost of PRIDE: How Rizin Upstaged UFC Brasilia