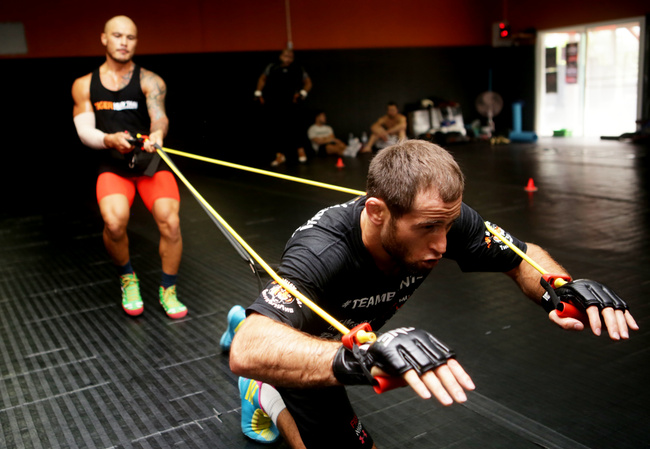 All photos by Jeff Sainla

Dagestan’s status as a hotbed of MMA is no longer a secret with top lightweight contender Khabib Nurmagomedov and his compatriots making waves in the UFC but neighboring Chechnya is also emerging as a powerhouse within the sport.

One of the top Chechen fighters scored his third victory inside the Octagon on Saturday night when Mairbek Taisumov stopped Anthony Christodoulou with a flurry of second round strikes at UFC on Fox 14.

Fighters of Chechen origin are often listed as being either Russian or Polish and, until recently, Taisumov’s profile stated he was from Austria which reflects the journey he has undertaken since fleeing from his homeland as a child.

“I am from Chechnya but I lived nearly 12 years in Austria and started mixed martial arts in Vienna and now I am living in Thailand,” he told me. “In my country there are many good, talented fighters who don’t have the chance with big promotions like UFC but they are coming. In one or two years we are going to see more Chechen fighters in the UFC.” 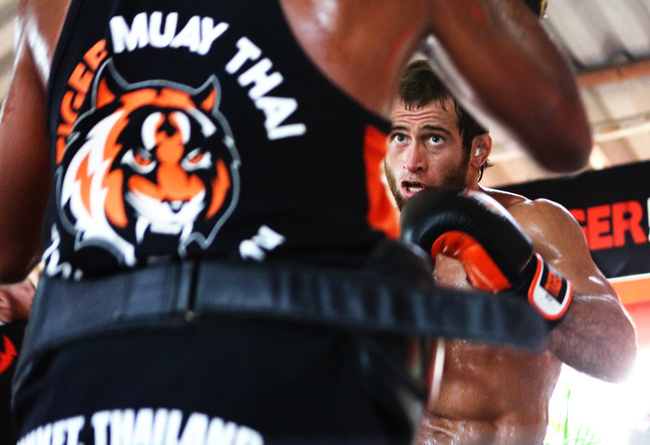 MMA might be rapidly gaining traction there but Chechnya has become synonymous with a much more serious form of fighting and. with the Russian republic having spent 12 of the last 20 years in a state of war, it is no surprise that its growing band of mixed martial artists are looking to travel overseas to train and compete.

There are four Chechen fighters currently signed to the UFC and two of them, Taisumov and Zubaira Tukhugov, train at Tiger Muay Thai in Phuket while Adlan Amagov is at Greg Jackson’s gym in Albuquerque and Adam Khaliev is part of the Red Fury Fight Team in Moscow.

However Taisumov believes that, even though he left Chechnya at a young age, the country has helped to mould the character that would help him become a successful mixed martial artist.

“I was 11 when the Second Chechen War started and my Father was killed, that’s when me and my Mother fled to Austria. I think people from Chechnya are tough and they don’t like to worry about the future too much but to live in the present and that is important for a fighter.” 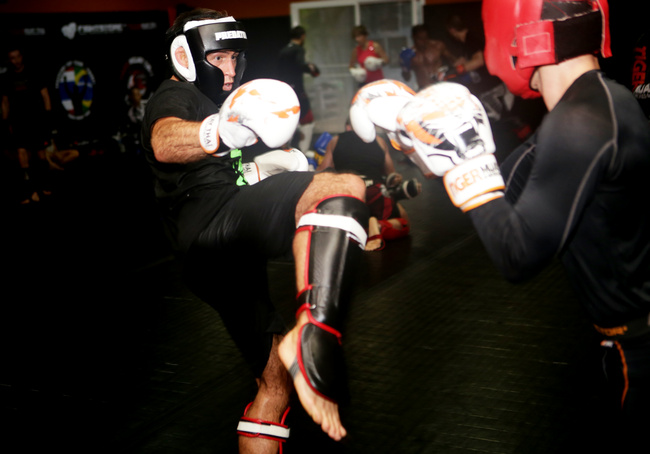 Taisumov first came to prominence fighting for M-1 in Russia and his record stands at 22-5. He was initially scheduled to face Yan Cabral at the Tele2 Arena in Stockholm on Saturday night but his opponent was changed three weeks before fight night, a development the 26 year old took in his stride.

“I trained hard so it does not matter too much who my opponent is. In the UFC there are only good fighters and no easy fights so you always must train hard and be ready for everything.”

In Taisumov’s corner to see the utterly dominant display that the Chechen put on in Stockholm was Roger Huerta who has been one of the key influences on the career of the lightweight and helped secure him a UFC contract. The Tiger Muay Thai trainer very highly of his protégée and believes that his performances are a product of the work he puts into training and preparation.

“His work ethic is amazing and everything he does he does is great from wrestling to boxing to Muay Thai and he has the athleticism. He’s the whole package but he’s also very humble and will listen to anyone who has information, it doesn’t matter who they are.” 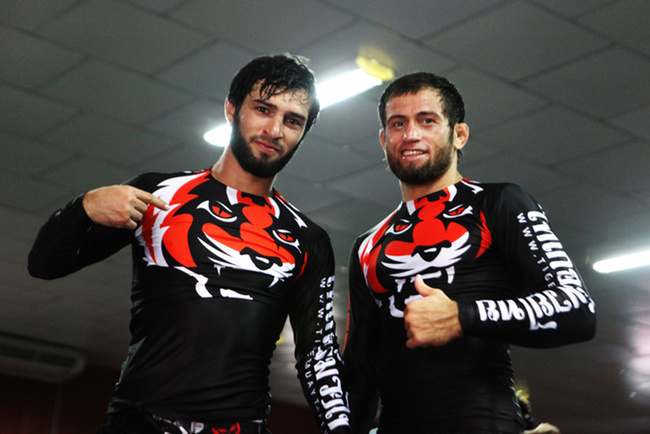 Taisumov made his UFC debut in Singapore a year ago and easily outpointed Korean striking specialist Tae Hyun Bang, showcasing some of the Muay Thai skills he had picked up in Phuket. His next bout did not go according to plan as he dropped a decision to Michel Prazeres in Brazil after being deducted two points for fence grabbing.

It was a major setback but Taisumov did not dwell on it and bounced back strongly to stop Marcin Bandel in Sweden in his most recent UFC outing.

“I don’t watch too many videos of my fights but the feeling after the loss was very bad, I do not want to feel like that again and I was happy when I was able to win my next fight for UFC.”

At UFC on Fox 14 he followed this up with a second straight stoppage win in Stockholm where Christodoulou was on the receiving end of a brutal five minute barrage of kicks and punches in the opening round before being finished with ground and pound in the second.

It was the perfect start to the year for Taisumov but while he was in a celebratory mood afterwards he also had a few words of contrition.

“After I landed the right hand I did not think he was out or I would not have continued to punch him, I am not that sort of fighter so I am sorry for that but I was very happy to get the win and I hope I will be asked to fight in Stockholm again.”

No one was celebrating the stoppage harder than Huerta who believes fervently that the fighter from Grozny has what it takes to break into the top ten and eventually challenge for the title in the highly competitive UFC 155 lbs division.

“I’m proud to be one of his coaches and to be a part of him rising to the top. He’s going to be great.”