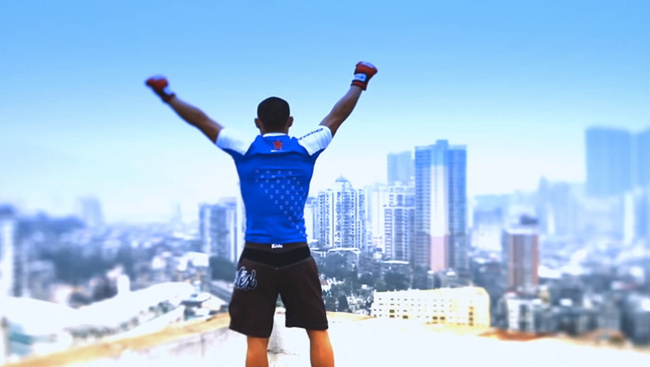 The first is a lack of heart. This “lack of heart” comes about when an athlete who has been taken care of his entire life is suddenly thrown into an environment in which individual dedication and sacrifice are the only things that can take him forward. In the Chinese athletic system, kids are chosen very early and separated from the harsh realities of life in a developing country; the basics are paid for, and with the fighters, a circuit is in place that rewards consistency and not excellence. So when fighters out of this system crossover into MMA, for example, they find that no one is giving them anything, and some of these fighters cannot adapt. They don’t take to the new system. For some, being the best is not as important as a steady paycheck.

The other criticism is a lack of a well-rounded game. Most of the Chinese fighters who are crossing over into MMA come up out of the Sanda circuit. Sanda fighters tend to have a weak ground game, and even their striking lacks the sweet science that separates precision strikers from brawlers. And by well-rounded game, critics are also referring to an inability to cut weight in an healthy way, little understanding of nutrition, and how great the impact both have on a fight.

Li Jingliang doesn’t suffer from any of these problems.

“Jingliang is a true martial artist,” said training partner Todd Prace. “His strength, knowledge and athleticism are going to put other fighters on notice that a new breed of fighter has arrived and is hungry.” 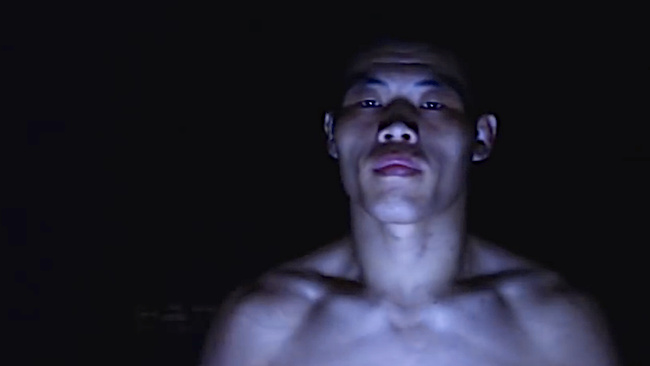 Todd has spent the past month going at it with the Leech, as Jingliang is known in China, in their Las Vegas training camp leading up to UFC 173 on May 24. The camp was organized by David Stern, a former UFC scout in China, and features top notch coaches in Jimmy Gifford and Ricky Lundell. Jingliang has impressed a lot of people in Vegas.

“Usually when you get fighters from other countries with less MMA experience,you expect a significant drop-off in talent,” said Jimmy Gifford. “With Leech there was really no drop off at all. He’s got as much potential as anyone I’ve worked with and his motivation and work ethic are second to none.”

Back home in China, people started calling him the Leech because he seemed to sap other fighters’ will with great strength and a smothering wrestling attack. But he’s mostly  known as the clown of the group, a dominant personality constantly cracking jokes and making everyone at the dinner table feel good about being there. Jokester-wrestlers are rare in China. Athletes tend to be quiet, almost somber types, and Chinese culture in general emphasizes communal harmony over individual expression.

But the Leech seems to be laughing all the time, while he’s chewing on chicken feet or beef strips, while teaching China-based MMA coach Vaughn Anderson how to throw Sanda kicks, or after weeks of elite level MMA training sessions with some of the world’s best coaches like Giff.

“Giff told me to punch from the outside, to use angles,” said Jingliang, a man with an incredible wingspan. “I looked at him and said, ‘none of my coaches back home told me that.’”

Then Leech shoots me a look that says, “isn’t that ridiculous?” it’s such an atypical expression for a Chinese person, let alone an athlete, that I’m caught off guard. I start to believe that he really may be a new breed, maybe not in the UFC, but definitely in China.

Jingliang was born and raised in Tazhen, a two-horse town in the far north of China’s unruly Xinjiang province. Xinjiang is home to a host of minorities—Khazak, Uigher, Uzbek and others—who don’t get along well with the Han majority. Leech says he never had any trouble, but that doesn’t stop his buddies from calling him a “Uigher” or a rebel. When he was thirteen, a wise coach looked him up and down, and told him to report to freestyle wrestling practice in the afternoon. Three years later, he was sent up to the Xinjiang Provincial Sanda team, which was coached at the time by Bao Li Gao, a Sanda National Champion from Inner Mongolia.

From there Leech was packed off to Beijing where he joined the burgeoning MMA scene in China, training with China’s first UFC fighter  and TUF: China coach Zhang Tiequan and Brazilian Jiu Jitsu black belt Ruy Menezes. He has one of the most rounded MMA educations of any of the new Chinese fighters coming out right now, and he has the personality to make a mark internationally.

But first Leech has to get used to the next level of professionalism in the MMA world. This is by all accounts a very special training camp. Jimmy Gifford and Lundell don’t step in to train just anyone, and a lot of the hype might just be a function of the China Syndrome - the fact that anything out of that country stirs interest. But for Jingliang, it’s all work and no hype. He’s cutting weight like a pro, in the gym all day long, and at night he eats what the coaches ordered and then passes out. Day in and day out. This is normal fare for any professional MMA fighter, but for a young kid from the sticks accustomed to a gang of buddies laughing at his jokes and daily messages from mom, it’s new. And kinda lonely. 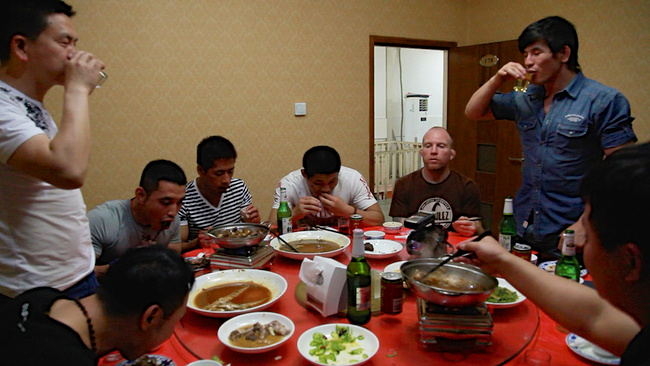 Li Jingliang chews on chicken feet at a dinner with the China MMA crew - Ji Xian to his right, Vaughn Anderson to his left

There isn’t a single fighter in China that can beat the Leech in his weight class, so there is no doubt in my mind that the UFC is where he belongs. This camp has been amazing for him, and not only has he responded to it, but the coaches around him are responding to him, seeing his potential and refining edges where they need to be refined.”

I spoke to Leech over Skype before he went off to bed, and he seemed slightly subdued. Not the wise-ass he normally is. So I asked him if he’s worried or tired. Is the fight getting to you?

There’s an awkward moment as I stutter and shuffle some notes, and then the whole room cracks up, and the Leech is looking right at me like, “I got you fool!” And just like that I go from a stuttering reporter to a believer.