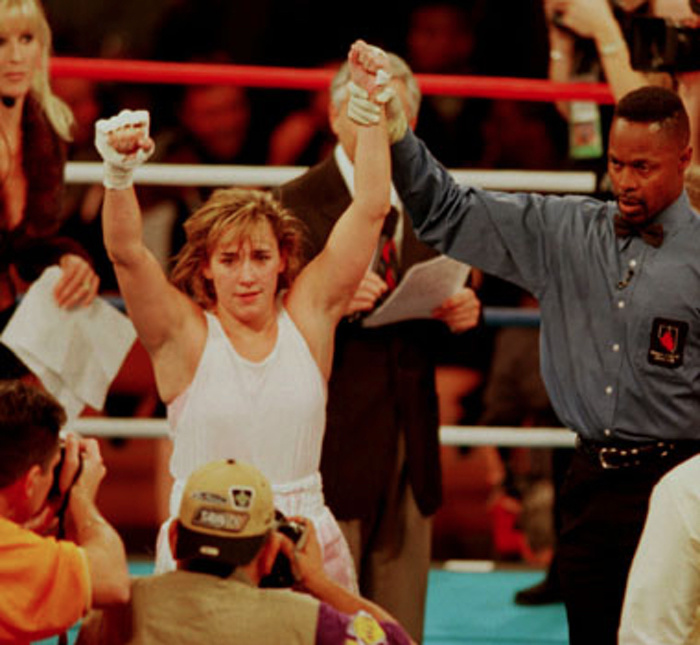 The Nevada Boxing Hall of Fame announced its list of 2016 inductees in a press conference at Caesars Palace yesterday. Among the championship boxers (heavyweight Riddick Bowe, Ray “Boom Boom” Mancini, strawweight and junior flyweight Ricardo Lopez, Olympic gold medalist Pernell Whitacker), trainers (Johnny Tocco, Thell Torrance, and Kenny Adams) and journalists (writer Tim Dahlberg and radio host James Smith) in the class of 2016 were two milestones for the fledgling organization. Former junior middleweight Freddie Little will be the first native Nevadan world champion to be inducted into the Hall of Fame since its inception in 2012. And Christy “The Coal Miner’s Daughter” Martin will once again break new ground for women in boxing when she becomes the NBHF’s first female inductee.

“It’s a great mix of fighters and we’re thrilled to induct our first woman, the great Christy Martin,” NBHF President and Founder Rich Marotta said. “This will be a big night for us and will add many legendary names to our already prestigious group of inductees.”

Martin began her professional career in 1989 and rose to fame, bringing women’s boxing right along with her, when she appeared on a number of Mike Tyson undercards in the ‘90s. She was the first female fighter to appear on the cover of Sports Illustrated, an honor she earned after a hard-fought victory over Deirdre Gogarty in 1996, a fight considered by some to be the female version of the legendary Thrilla in Manilla. Often considered the greatest and most prominent woman boxer of her time, Martin continued to fight—and win—well into the next decade and beyond until retiring just a few months after her 44th birthday, following a unanimous decision loss to Mia St. John in 2012. The few losses on her 49-7-3 career record come at the hands at some of the most legendary names in women’s boxing, including Laila Ali (who grounded Martin with a devastating KO in 2003) and former UFC Women’s Bantamweight champ Holly Holm (via unanimous decision in 2005). 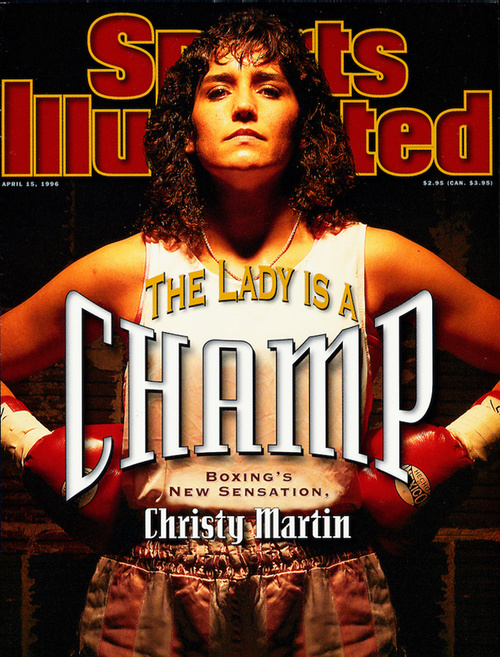 Perhaps her biggest fight of all, though, was the one she faced outside of the ring when her former husband, Jim Martin, stabbed her several times, shot her and left her for dead in their home in 2010. Literally fighting for her life, she was able to make it to the street, flag down a car, and make it to the hospital in time to save herself. Jim Martin was convicted of second-degree murder in 2012 and is currently serving a 25 year prison sentence. Christy, who now lives under her maiden name, Christy Salters, now works a substitute teacher and is committed to bringing attention to domestic violence issues.

“So many people that saw me fight saw me as a strong woman and someone that would never live in a domestic violence-filled relationship, not knowing the truth that I was in a terrible relationship for 20 years,” she told Boxing Scene in a thoughtful look back at her life and her career last year. “And if it could happen to me, it could happen to anyone.”

Salters, who was forced to leave the sport over health concerns (she suffered a stroke in the aftermath of her penultimate fight, among other issues) went on to admit that she misses boxing almost constantly. “Every morning. I get up at 5:15 every day and I substitute teach, and I’m thinking ‘man, I should just be out running.’ Then come back and get ready to go to the gym. Every day I get the itch and every day I think I can do it. I go to the gym some days and it doesn’t take long. Two rounds and I’m loving it, but no way could I get back in shape. It’s in your blood though. It’s the worst drug ever.”

Salters will at least get a little fix when she’s officially inducted into the Nevada Boxing Hall of Fame at a ceremony at Caesar’s Palace on July 30.