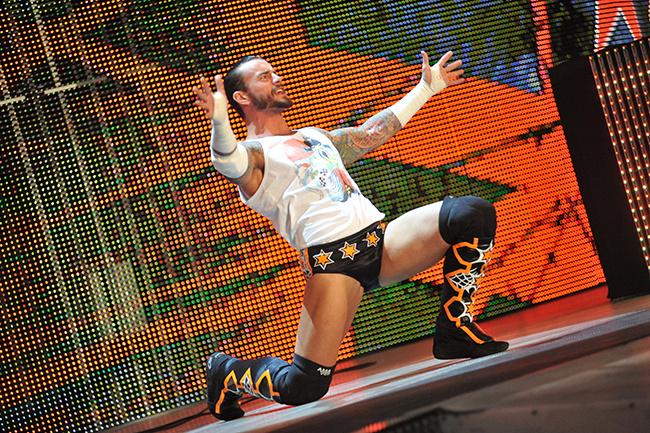 CM Punk’s announced transition to MMA has been met with a mixture of excitement, skepticism and scorn. Critics acknowledge that, like Brock Lesnar, Punk is likely to bring pro-wrestling fans to the UFC. Despite the likelihood of this being true, many are apt to repeat the mantra of pro-wrestling being fake, implying that Punk has as much business being in the UFC as Brad Pitt. Despite the criticism, CM Punk wants to be in the Ultimate Fighting Championship. CM Punk wants to fight.

Hans Gadamer explained that our reactions to history and art are as much a reflection of our own biases and upbringing as they are of art and history themselves. American reactions to CM Punk are no different. In the US, pro-wrestling is often looked down upon and stereotyped as some sort of redneck opera that ignorant yokels think is real. The repeated mention of being fake carries the implication that the accuser is smarter than the average pro-wrestling fan; it also implies that the McMahons are trying to trick people into really believing Undertaker can magically turn off the lights of the Staple Center. Like the Pastor who decries the evils of pornography, many of these detractors are probably secret WWE fans or have been before.

However, Punk is not the first pro-wrestler, without an amateur pedigree, to try MMA. In Japan, the line between MMA and pro-wrestling has always been blurry. Whether this is good or bad is a separate issue. While most MMA die-hards love PRIDE FC, it was Rickson Gracie’s defeat of a very popular pro-wrestler, Nobuhiko Takada, which got the promotion going. Fans of the fight between Yoshihiro Takayama and Don Frye tend to forget that Takayama was a pro-wrestler. New Japan Pro-Wrestling Champion, Yuji Nagata, had the guts to fight both Fedor and Crocop, getting smashed both times. Giant Silva made the transition to MMA, with mixed results. Bob Sapp, who piledrived Minotauro Nogueira, was also a pro-wrestler, before he became an MMA fighter. However, back then, no one batted an eye.

In Japan, pro-wrestling is still seen as an actual sport, even if the outcomes are predetermined. The most popular promotion, New Japan, promotes “strong style” a form of pro-wrestling that incorporates harder strikes and realistic submissions, with the traditional pro-wrestling moves Americans are used to. Also, Japanese pro-wrestling tends to be less of a soap opera, though exceptions like HUSTLE do exist. 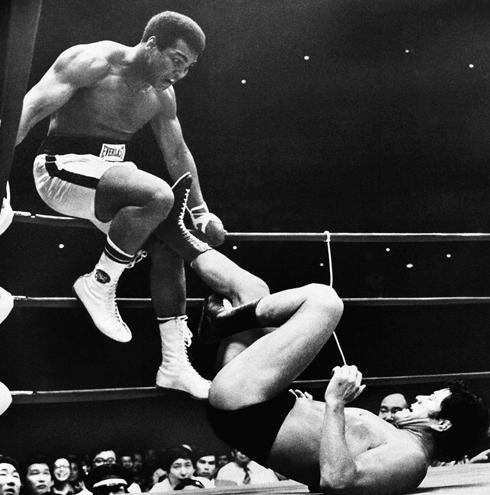 The fact is Japanese MMA evolved from pro-wrestling, inspired by mixed matches like Muhammed Ali vs Antonio Inoki, pro-wrestling leagues like UWF and Fujiwara Gumi attempted to promote matches that looked like real fights. This evolution towards reality eventually gave birth to promotions like Pancrase and Shooto, both of which were founded by pro-wrestlers. Japanese MMA and Japanese pro-wrestling have always been intertwined. MMA and pro-wrestling, in the Japanese mind, are just two sports on opposite sides of the same spectrum. This is not true in the USA, where MMA developed independently of pro-wrestling.

In the American mind, MMA and boxing are the two sports sitting on the opposite ends of the same spectrum; both are separated from pro-wrestling on the basis of being legitimate contests but differ in the range of legal techniques. Pro-wrestling in the USA makes no pretense to being an actual combat sport. It’s a spectacle where the Undertaker once used his magical powers to win matches and Stone Cold Steve Austin committed felonies every Monday night; which is why anyone who constantly reminds us that pro-wrestling is “fake” deserves the moniker of Captain Obvious.

Obviously, the biggest question mark regarding CM Punk is his technical ability. How much can he learn in 6 months to a 1 year? What should not be in question is CM Punk’s athleticism and mental toughness. The pro-wrestling industry can be a dark, duplicitous, year-round producer of physically dangerous athletic performances. American pro-wrestlers tend to have a short life span for a reason. Anyone who gets to the top of that industry, as CM Punk has, for as long as he did, is by definition a very tough, hardworking, goal oriented and intelligent person. CM Punk is a winner. His unquestionable mental and physical toughness is not enough to succeed in MMA but it's a start.