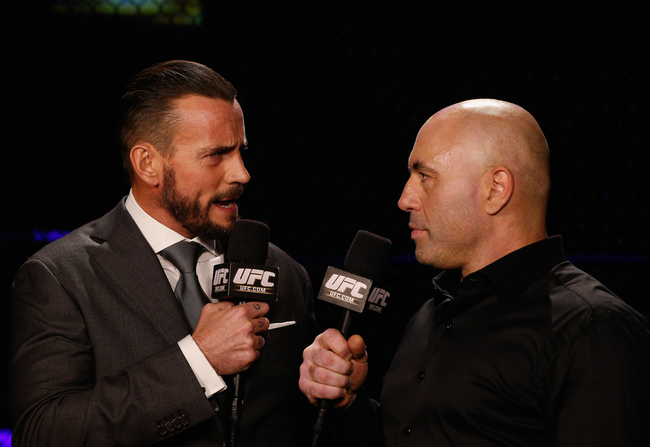 It would appear CM Punk has grown bold over his tenure as the UFC’s newest and most talked about signing. Ever since Punk—whose real name is Phil Brooks—announced at UFC 182 that he would be making the jump from the WWE to join the ranks of mixed martial arts’ most elite promotion every person in MMA had something to say.

The reaction to this ex pro-wrestler entering the UFC was varied. Some people were down, others took not part but understood the reasoning behind it, while others straight up demanded that the UFC recant its decision. Jon Jones had what was for sure the funniest reaction with a tweet that said “BREAKING NEWS: I’m headlining wrestlemania 31.” Ronda Rousey said she couldn’t wait. Michael Bisping said he would gladly be his first opponent. Nate Diaz—well Nate Diaz isn’t down.

Whether or not it’s good, by now we all get it—CM Punk is in the UFC and he’s going to be bringing a lot of eyes to the promotion. We think that’s the good. The more the merrier type of thing. And we think it’s brave of Punk to do this. The UFC is no joke—you can get hurt in there.

In any case, it seems that all the flak Punk’s come under lately has toughened him up some and he’s come out and explained a lot of the details surrounding his controversial signing to the UFC—and he even expressed his willingness to fight a really, really tough opponent. On Thursday, he spoke with Jim Rome and revealed that he knew the decision would not be without backlash. He said that he told the UFC, “there’s going to be a lot of people who are going to be mad at you.” And he was right. The amount of things being said about Punk at this point fall on flimsy ground. We haven't seen this guy fight yet, and until then we should probably shut up, because if he comes into the Octagon and dominantly wins—no matter the opponent—a lot of people are going to feel pretty goofy. 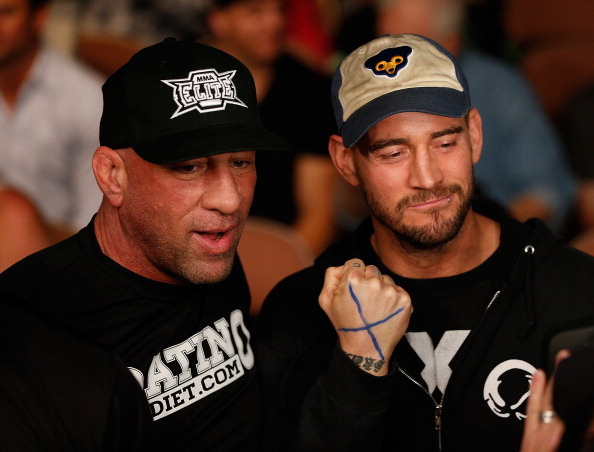 CM Punk has admirably dealt with this situation. He’s joining a league in which a large portion of his peers think his arrival is a big joke that is ultimately harmful for the sport.  A couple of days ago Matt Brown called Punk stupid for thinking he could hang in the Octagon. Punk replied by saying that he hopes he can change Brown’s mind when the time comes for him to fight. He told Jim Rome,

”I understand his point of view and perspective. But as much as I don't know Matt Brown personally, he doesn't know me personally. I believe I can do this. He believes I can't. So sometime in 2015, we're going to find out.”

When Nate Diaz spoke against Phil Brooks in the UFC, he said to his fellow fighters that if the money was right, by all means they should take the fight against Brooks. In an interview with Michael Landberg, Punk said he would fight anyone if he had the proper amount of time to prepare for that bout. You might even be surprised as to how bold he got with his answer,

“Would I fight Nate Diaz? This is where he takes it out of context. I would fight anybody given the proper time to prepare for it. Would that be a wise decision at this juncture in my career? Probably not. But I would also fight Anderson Silva tomorrow if you paid me the correct amount of money to do so.”

Punk’s UFC debut is slated for late 2015, and we still don’t know where he’s even going to go to train. Until we see a CM Punk in training camp, we should probably just keep quiet so no one looks stupid.

Check out these related story: