Conor's Best Chance at Welterweight Strap Is With Lawler as Champ 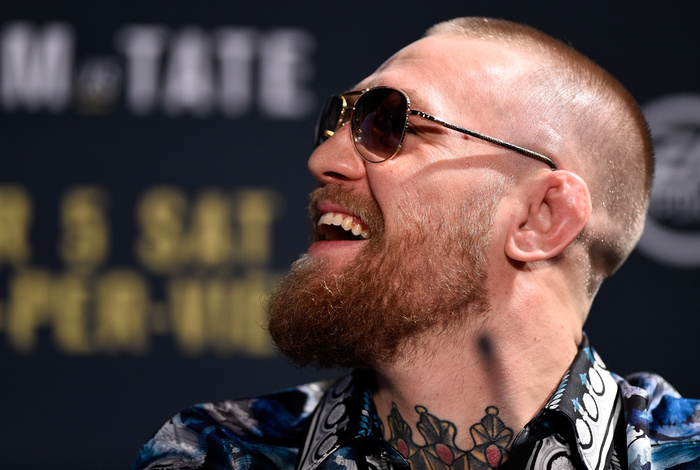 Although he has yet to make his lightweight debut, the rumor mill is already churning with suggestions that should Conor McGregor topple lightweight champion Rafael Dos Anjos, the Irishman could potentially move up to challenge 170 lbs champion Robbie Lawler at UFC 200 in July.

One of the golden rules of fighting is to never look past your next opponent, but ‘The Notorious’ appears to be the exception to the rule.

McGregor made it clear that he was targeting Jose Aldo’s championship even before he signed for UFC, and although he had to beat six opponents before he secured a date with the champ, he eventually dispatched him in spectacular fashion at UFC 194.

Again, before he had even beaten Aldo, McGregor had his eyes on becoming the first man to hold two UFC belts consecutively. Whether the lightweight king Dos Anjos can force a stutter in the Dubliner’s meteoric ascension on March 5 is unknown. However, if McGregor manages to defeat the Kings MMA man on March 5, it certainly wouldn’t be out of character for him to look to create even more history with a matchup with the ‘Ruthless’ one.

This time, the talk hasn’t come from ‘The Notorious’ himself, though. Veteran MMA journalist Dave Meltzer revealed that McGregor is “going to push for a fight” with Lawler if he beats Dos Anjos earlier this week, which was the initial spark that grabbed the interest of the masses online.

“There’s a ton of news regarding big names fights over the next few months,” he wrote in the Wrestling Observer newsletter. “If Conor McGregor beats Rafael dos Anjos, he’s going to push for a fight with welterweight champion Robbie Lawler at UFC 200.”

John Kavanagh told SevereMMA.com that he believed his product could become the first champion of three weight divisions under the UFC banner back in September 2014. The SBG head coach made the statement again earlier this year in his column with the42.ie. Yesterday Kavanagh claimed that he would “absolutely support” McGregor’s move up to welterweight should he make that decision, in the latest edition of his column.

“Speaking of welterweights, I’ve seen that rumors of Conor fighting Robbie Lawler for the 170lbs belt at UFC 200 on 9 July have been gathering momentum,” wrote Kavanagh. “It’s not something we have discussed specifically but after Conor wins the lightweight belt, it wouldn’t surprise me at all if the next fight is for the welterweight belt.

“If that’s what Conor wants to do, I’ll absolutely support that move. I think that would be fantastic. We’re already talking about making history in a few weeks, but can you imagine what it will be like if Conor is the champion in three weight classes by the summer?

“As time goes on, it’s harder to predict what will happen in the future. Conor has a sort of unusual body type in that even though he can make featherweight, he’s still a very big lightweight. Given some time, as well as a bit of strength and conditioning work, he could also be a force at welterweight. This is an interesting time.”

Unsurprisingly, Lawler seemed pretty underwhelmed by the idea of the two fighting when he was asked about a meeting with McGregor two weeks after his title defense against Carlos Condit:

“Nothing really gets me riled up too much,” he said when asked if a bout with the Irishman appealed to him. “I just concentrate on myself. A lot of things could happen; everyone knows that. So I can’t concentrate on all these what-ifs because these what-ifs might never happen, and then I’ve wasted my time. So there you go.” 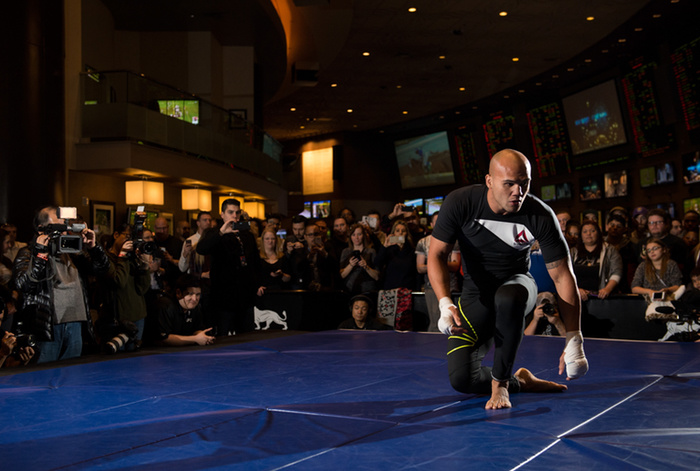 Although it would still be an unrelenting challenge for McGregor, you can’t help but think that a matchup with Lawler would suit him a lot better than if Georges St Pierre or Johnny Hendricks were still at the top of the bracket.

Unlike St Pierre or Hendricks, Lawler’s best efforts are put forward when he is striking, and he would no doubt fancy his chances at stopping McGregor given his experience and size in comparison to featherweight champion.

‘The Notorious’, as we all know, is willing to trade with anyone and he no doubt believes that he could find the snooze button on Lawler before the champion could find his. For years, McGregor’s SBG teammates have claimed that ‘The Notorious’ hits like a middleweight, and with Lawler’s style, you would imagine that if the rumored bout does happen, McGregor will get plenty of chances to do so.

It seems absolutely insane that we’re having this discussion before we’ve even seen McGregor compete as a lightweight under the UFC banner. A victory over Dos Anjos would sit McGregor at the top of two divisions, so if he were to get injured while he was holding two belts simultaneously, could you imagine the devastation it was cause the UFC if he were to get injured?

Without the champion at play in each division, the battle to climb the ranks becomes quite stale. We’ve seen UFC combat this in the past with interim titles, but what if McGregor actually manages to beat Lawler and take his belt too? Would the UFC make him vacate his two other titles first? Would McGregor even be able to move between three weight classes often enough defend each title? So many questions….

As cited previously, while the idea of Lawler meeting McGregor seems absolutely insane at the moment, we have seen the featherweight champion breaking boundaries throughout his three-year tenure with the promotion. Saying McGregor ‘can’t’ or ‘won’t’ anything has not proven to be a lucrative business and as one of the chief needle-movers for the company, it looks like the ‘The Notorious’ is getting what he wants these days.

George Lockhart: Moving Between Weights Won’t be a Problem for McGregor

We Talked to the Brewmasters Who Created a McGregor-Inspired Beer