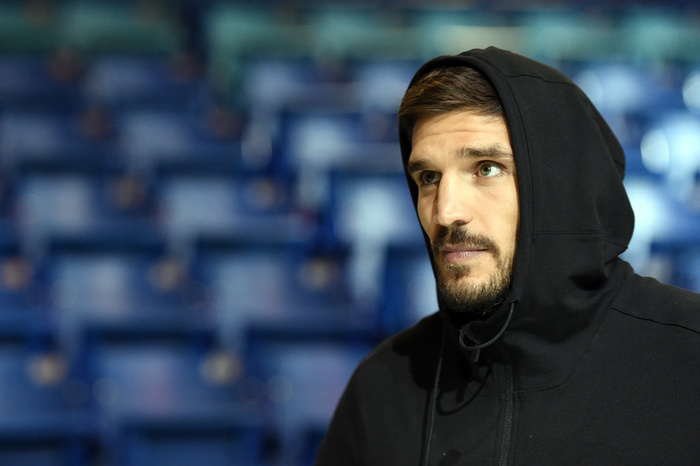 There are a lot of reasons to get excited for UFC Fight Night 81. The card is topped by arguably the biggest bantamweight fight in MMA history, as reigning champ TJ Dillashaw defends his crown against former UFC and WEC champ, Dominick Cruz. In the co-main event, former UFC lightweight champion Anthony Pettis will mix it up with former Bellator lightweight king Eddie Alvarez in a bout with major ranking implications. Before that happens, heavyweights Travis Browne and Matt Mitrione will look to start 2016 with a bang, while Francisco Trinaldo and Ross Pearson mix it up in an important lightweight showdown. And that’s just the main card.

The UFC Fight Night 81 prelims are nothing to smirk at either. With appearances by names like Ilir Latifi, Paul Felder, Daron Cruickshank, Maximo Blanco, and Tim Boetsch, the undercard is packed to the edges with well-known talent. Yet perhaps the most compelling preliminary bout of all will be the last of the night: a welterweight showdown between Ben Saunders and Patrick Cote. On paper, their collision looks like it could be an excellent one.

While both fighters are both enjoying nice streaks—Cote will enter the fight with a 4-1 welterweight record, while Saunders is 3-0 since returning to the UFC—this bout is, at the end of the day, a clash of journeymen. That is to say, it’s unlikely to send the winner into the divisional top-10, and even if it did, it’s hard to imagine either fighter hanging in there for very long in the company of 170-pound monsters like Rory McDonald, Tyron Woodley and Carlos Condit. That said, not every fight has to be a contender fight. There is plenty of room in the fight game for a good old fashioned veteran showdown, and in Saunders vs. Cote, that’s exactly what we’re getting.

The two welterweights are not just your typical veterans, however. Both have tested their mettle against some truly strong competition. 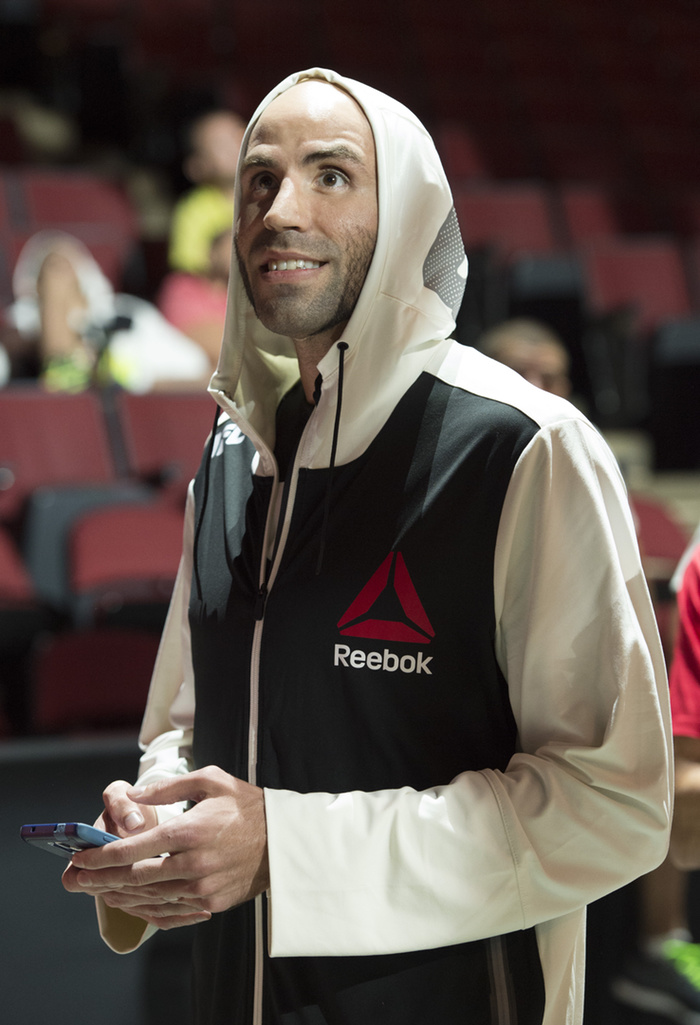 Saunders, for example, spent his first stint with the UFC tangling with the likes of Mike Swick, Marcus Davis, and Jon Fitch—back when those names really meant something. From there, Saunders would embark on a 10-fight run in the Bellator cage, where he would mix it up with competition like Bryan Baker, former One Championship title challenger Luis Santos, and of course, former Bellator welterweight champion Douglas Lima. Now, there’s no denying that Saunders’ record against this kind of competition is nothing to write home about. That said, the towering, 6’3 welterweight is no stranger to stiff competition.

This is even truer in the case of Cote who, over the course of four stints with the UFC, has duked it out with fighters like Tito Ortiz, Chris Leben, Scott Smith, Kendall Grove, Ricardo Almeida, Anderson Silva, Alan Belcher, Tom Lawlor, Cung Le, Alessio Sakara, Kyle Noke, Stephen Thompson and Josh Burkman. And while he came up short against plenty of these fighters, it’s worth noting that only one of these dangerous finishers was able to knock him out. That fighter was Sakara, who did so with a series of overtly illegal, if inadvertent, blows to the back of the head, which would result in a DQ win for Cote. Suffice it to say, the French Canadian’s chin has held up against a murderer’s row of fighters, across three divisions, most of whom possess the power to pummel pretty much anyone into unconsciousness.

Of course, there’s more to Cote than his cast-iron chin. The French Canadian compliments his sturdiness with a peppery, striking-based offense that has seen him win nearly half of his 22 pro victories by knockout or TKO.

Saunders, meanwhile, is even more impressive in the finishing department. Among his 19 professional wins are 9 knockouts, earned with knees, punches and head kicks alike, and 6 submissions, which he’s secured with everything from arm bars, to triangle chokes, to keylocks and omoplatas. Needless to say, on a good night, Saunders will sniff out the stoppage like a bloodhound.

Again, to label Cote vs. Saunders as the kind of scrap that will produce a new welterweight contender would not be correct. Though both have some momentum on their side, neither has reached that juncture yet. But don’t let that turn you off. What we have in their undercard showdown is a clash of veterans who, with nearly 25 years of combined pro experience, have seen it all. Better still, both fighters are still quite sturdy in spite of their long careers, and possess the power and savvy to stop their opposition from pretty much any position. These factors alone render their looming encounter one to watch, and realistically, a strong contender for Fight of the Night honors.

So, while you’re not wrong to be distracted by the strengths of the main card, don’t forget to tune in for the undercard. Failure to do so could mean missing an absolutely fantastic fight in Saunders vs. Cote. You’ve been warned!

The Path of Anderson Silva: The Cracks Begin to Show