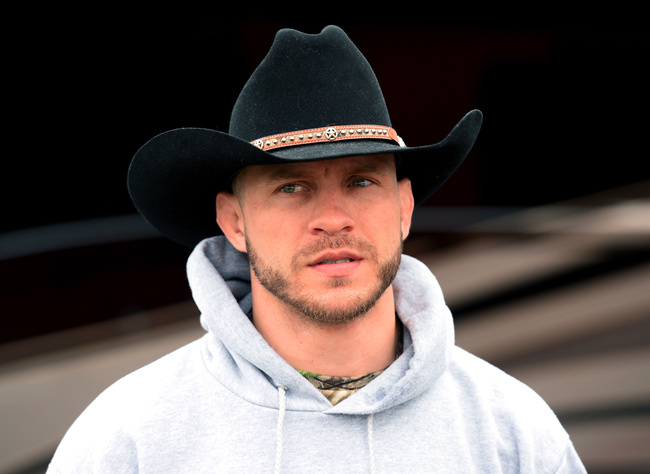 It was 1985 when a chubby professional wrestler grabbed the microphone during a taping of Mid-Atlantic Wrestling to talk with his blue-collar fans. Austin, Texas native Dusty Rhodes told fans he was the son of a plumber. He told them he could be their world-class hero and he would fight for them.

For hundreds of thousands watching on broadcast television across the United States, he was someone to look up to. They lived vicariously through his battle with the money-wasting, jet flying Four Horsemen, led by the dirtiest player in the game, Ric Flair. The everyday man’s plights against the boss or any other high-level figure in society were played out in a four-sided ring every week.

Fast forward nearly 30 years and it’s fighters like Donald Cerrone that have become the combat sports versions of a working class hero. At UFC Fight Night: Cerrone vs. Miller, he will headline a UFC event for the first time in his career.

Raised in Colorado, Cerrone was a scrapper from a young age, spending much of his time in neighborhood fights. After run-ins with the law throughout his teen years, Cerrone found kickboxing. Then he found mixed martial arts. Then he found Greg Jackson in New Mexico, and the rest, as they say, is history. 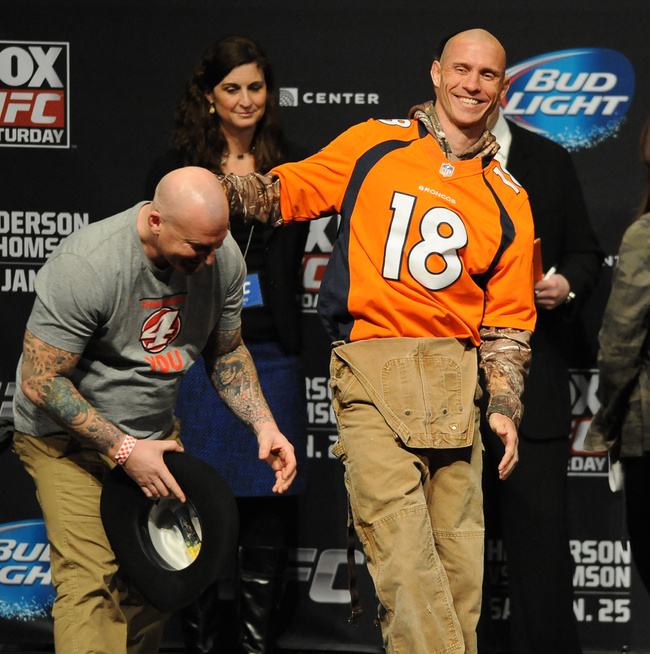 Now Cerrone lives on a ranch just outside of Albuquerque. For a minimal fee, young fighters can come live on his ranch and train with Cerrone, Leonard Garcia and any other professional fighters in the area. It’s an offer that UFC fighters Diego Brandao and Erik “Goyito” Perez have both taken up in the years since Cerrone bought the ranch, and an offer that has helped them achieve their dreams of fighting on the sport’s biggest stage. He and partner Leonard are notorious for keeping young fighters long past when their checkbooks expire because they have nowhere else to go.

On July 16 from Atlantic City, New Jersey, Cerrone will headline against hometown favorite Jim Miller in what promises to be one of the more entertaining fights of the year. Both athletes have been around the sport a long time and will be looking for that win that sets them apart from the others at the top of the lightweight division.

Cerrone has put together three straight wins and fourth will put him right in the mix with Khabib Nurmagomedov, T.J. Grant, Gil Melendez and the other challengers for his elusive rematch with UFC lightweight champion Anthony Pettis.

With his cowboy hat in tow, a checkered past and his desire to do something meaningful, Cerrone is the epitome of a working class hero, and his ultra-exciting, never-say-die attitude certainly doesn’t hurt. He has become the company’s go-to player for live and free UFC Fight Night cards, having appeared on five heading into Wednesday’s clash. 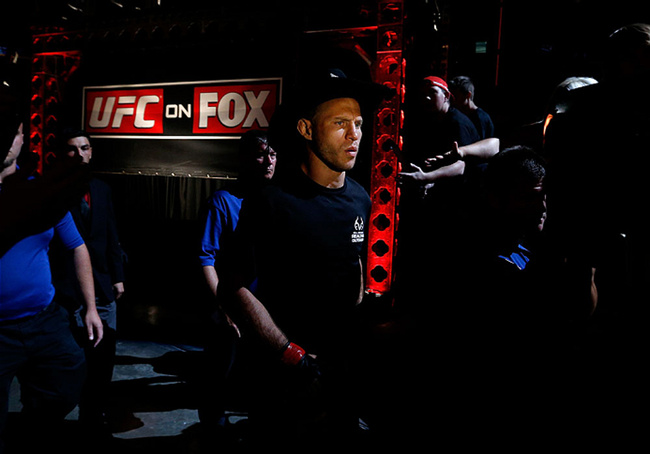 In his 1985 speech, Dusty Rhodes concluded with saying he would capture the world heavyweight championship for the people of the United States, and in particular his father who never got to see him live out his dream.

Cerrone has many people he fights for as well, not the least of which are his grandparents who took him in and helped him in those times of need during his teenage years. They helped him get on his feet, supported his MMA career from the very beginning and are a major reason why he went from a scrappy Colorado kid to a world-class athlete with undeniable talents.

A win on Wednesday means four in a row; it means a return to the top of the division, and puts ‘Cowboy’ within a fight or two of having his opportunity at a UFC world championship.

Hard times have befallen Cerrone in recent years, but they don’t last forever. In the UFC’s ultra-competitive lightweight division, he has a chance to make a statement with a victory at UFC Fight Night 45.