Cross-Training with CM Punk and the New Jersey Devils 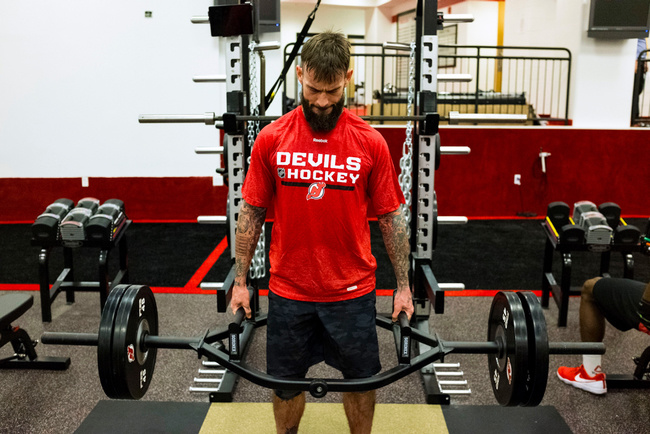 NEWARK, N.J.—Just before this select group of UFC fighters is about to hit the foam mat to begin a rigorous hockey workout in the gym of the Prudential Center, Jessica Eye, a bantamweight fighter, takes out her phone and starts to film the room for her snapchat account.

“Say hi Punk,” she coos while panning to CM Punk. “The fans love you.”

Punk closes his eyes and drops his head, shaking it as Eye films away. He is, despite not a single fight to his record, one of the most intriguing fighters in MMA right now. The former three-time WWE heavyweight champion who abruptly left the wrestling ring and signed with the Ultimate Fighting Championship in 2014. Even in a room with Forrest Griffin, a Hall-of-Famer, Punk can grab the attention.

On this day, he is part of a sextet of UFC fighters and officials working out with the head trainers from the New Jersey Devils. All are clad in red Devils T-shirts—even Punk, a devoted Chicago Blackhawks fan. For nearly two hours, Punk, Griffin and the others will lift weights and cross-train like hockey players.

“We're trying out for the practice squad just in case this UFC thing doesn't work out for the both of us,” Punk jokes after the workout has ended. 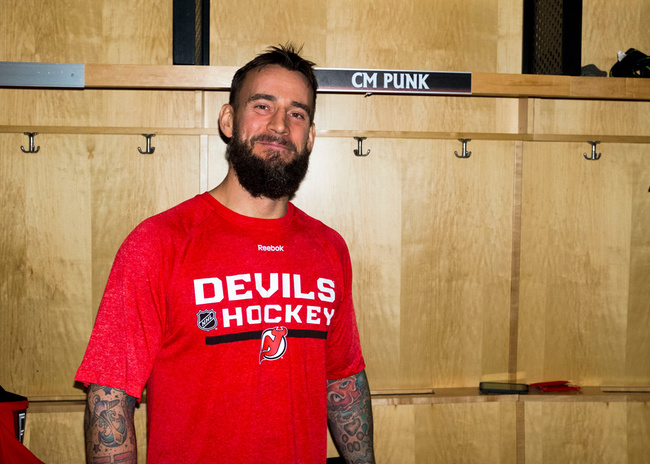 This is all part of a promotional tour for the UFC. They will hold an event here at the end of the month but Punk will not be a part of it. He is still waiting for his first fight since joining the UFC. It has been 15 months since he signed with the company and he has yet to step into the Octagon.

But this is all part of the renewal for him, his separation from wrestling and as one of the most marketable faces of UFC. Punk insists that he did not enter MMA to reinvent himself after wrestling.

"I don't think anybody that gets out tries to get away from it,” Punk told us. “I think they're always chasing that thing. I'm always trying to look at what's coming next. To me wrestling was a thing that I did but in no way defines me. And I'm looking to challenge myself in a way and conquer something else."

It is a move that has earned Punk a heap of criticism. He understands the doubt and though he tries to offhandedly dismiss it, his slips of sarcasm bely him.

Punk is also a comic book author, currently in the midst of writing his own series for Marvel Comics. That, too, is a new world for him.

“Oddly enough,” he says. “There are no comic book writers that are pissed that I’m writing a comic book.” 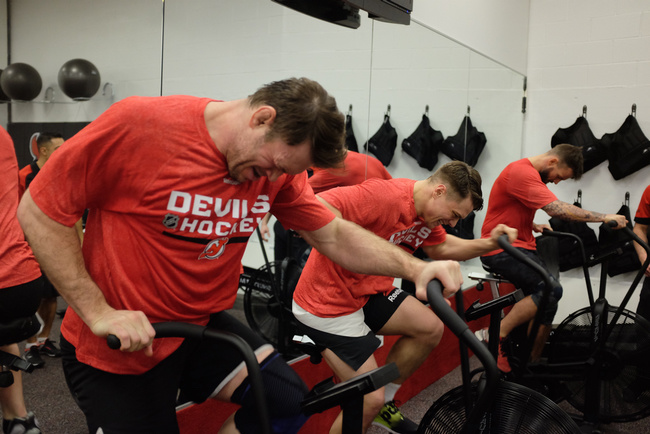 Punk seems to have won over Griffin already. Griffin, a former light heavyweight champion who is known for some of the gnarliest bouts in UFC history, gave his approval to Punk’s new foray.

Standing next to Punk as they cooled down from their workout, Griffin says he was impressed by Punk’s introduction into the UFC. On that day, Punk said he did not want to steal the spotlight away from those that were actually in the ring.

“I don’t know if he really felt that way but it was the exact right thing to say,” Griffin said.

“I feel that way right now,” Punk shoehorns in.

“That’s how I felt when they retired me,” Griffin continues. “OK, these guys actually fought tonight. I’m old news. Peace, talk to them.”

Griffin, of course, had to earn his way into the UFC by winning the debut season of The Ultimate Fighter. It is an easy contrast—the self-made champion and the fight-world celebrity dropping in with a boatload of notoriety already engulfing him.

Yet, there is no grudge or icy welcome from Griffin. They pal around all afternoon, trading jokes and affection. When Griffin jokingly bemoans his performance in some of his old fights, Punk wraps his arms around him. 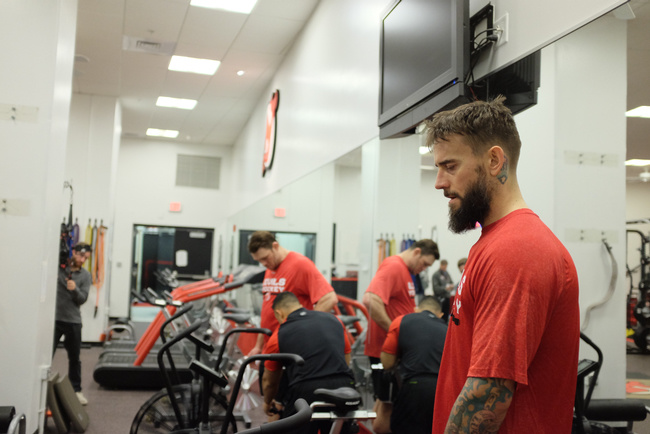 If there’s any belief that Punk will be getting his first fight without putting in the work to deserve it, Griffin is quick to shoo it away.

And in case there’s any belief that he’s only warming up to Punk because of their proximity, Griffin is open about that too: “I’ll be honest, I don’t care. I’ll talk bad about you in front of you.”

This is the respect that Punk seems to harp on. He offhandedly patronizes the criticism that comes at him on social media or from those outside the professional ranks.

“All criticism levied against me, if it’s coming from somebody that’s fought in the Octagon or somebody who’s fought outside the UFC I get it,” he said. “Criticize me. But people who haven’t done it are trying to criticize me that I’m bringing down the very high and mighty sport of face punching, I don’t know what to tell you. It is what it is.” 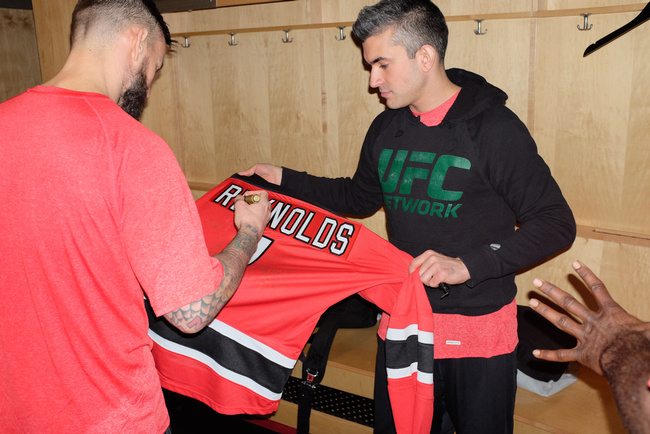 How successful he will ultimately be remains to be seen. Punk still does not feel like an MMA grappler despite his training but he has comforted to the routine. He enjoys the new lifestyle, the schedule that doesn’t have him traveling without end and living out of a suitcase.

He also has a potential opponent in sight, too, though there is no set date. He’ll fight Mickey Gall, likely sometime this year, if Gall can first defeat Michael Jackson, a roadblock set up in his way at UFC 196. His training has now progressed to preparing for someone instead of just biding his time.

Griffin remembers his first fight and the all the subsequent ones. The despair that can come with it. The self-loathing. The pressure.

This is Punk’s take too. It will be Punk’s first turn inside the octagon since he left the WWE and he admits he looking for some vindication.

“At the end of the day I'm doing this for me and his children,” he said. “Do I care what somebody who I don't know on Twitter says about me? No. But, yeah, I'd like to make my wife proud. I'm standing on this guy's shoulders—guys that came before me. I would like to shock people, I would like to make people that I look up to and respect say 'Oh shit, good for you. You did good. You did what you had to do and you did us proud.' Yeah that part creeps into my mind. At the end of the day I gotta be able to look at myself in the mirror and just be OK with that guy."