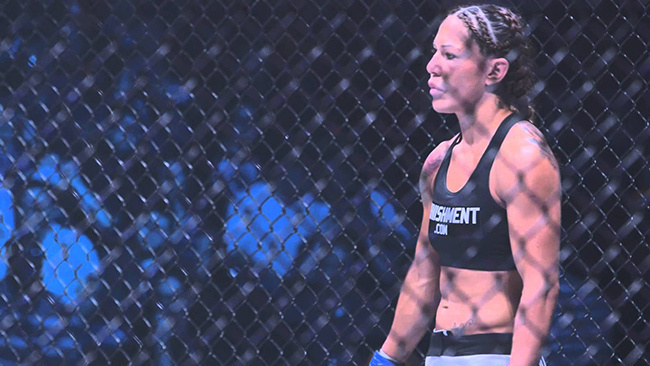 When I first started watching MMA, I was scared all the time. Every fighter seemed capable of doing such terrible things, and my inexperienced eye had yet to figure out the techniques and strategies that would enable a seemingly less terrifying fighter to defeat and deflate a more terrifying one, that I spent my early months in a perpetual state of concern. I was still in the throes of the common delusion that the bigger, stronger, grumpier, more heavily tattooed man would always win in a fight.

That fear is pretty much gone now, whisked away by time and experience, by growing parity among fighters, by the ever-increasing emphasis placed on athleticism over toughness, of effort over attitude. Five years of watching good-natured champions like Fedor Emelianenko and George St-Pierre and Cain Velasquez has calmed my nerves. Meanwhile, I’m too busy admiring the greatest fighter of them all—UFC middleweight champion Anderson Silva—to be afraid of him. Watching Silva fight is like listening to Sam Cooke sing: The only thing you can do is luxuriate in the artistry and count your blessings that you get to be alive while such artistry is unfolding. There's nothing to fear when Sam Cooke is singing.

I had forgotten about my old MMA fear until this weekend, when I turned on the Invicta 5 event and saw Cristiane "Cyborg" Santos walking toward the cage. She was returning to MMA after a year-and-a-half suspension (her punishment for testing positive for steroids after her last fight, a 16-second mauling of Hiroko Yamanaka in January 2011), and I think in the interim I had buried the feelings she inspired in me deep down somewhere. But as soon as I saw her on Friday, the old trembling, vaguely nauseous, “what the hell am I watching” feeling of my early days came back to me, and I started to question the humanity of the whole MMA experiment. I wanted to warn her opponent, Fiona Muxlow--to grab her and tell her to run, to assure her there’s no shame in saving yourself. I wanted to hug her.

But I couldn’t get to Muxlow in time, and sure as the night follows the day, Cyborg destroyed the Australian in another uncomfortably one-sided fight that made even an experienced fight watcher like myself wonder about the decency of making people fight this woman. Maybe what I’m feeling when I watch Santos isn’t fear at all; maybe what I’m feeling is a sense of unfairness. Maybe watching Santos fight whatever unfortunate soul is placed in front of her upsets my long-held belief (the one I’ve been trying to convince friends and family members of for years) that MMA is a sport, and sports are a thing where equal competitors have an equal chance to win, regardless of anger or musculature. Santos seems to blow that belief to bits; she seems to embody that cinematic delusion that a monster can simply walk into a cage and toss his/her opponent around with impunity and indifference to the rules of decent society, and that the's nothing we can do to stop it.

Cyborg may be the most dominant fighter in the sport today, but damned if she doesn't take some of the fun out of the whole thing.