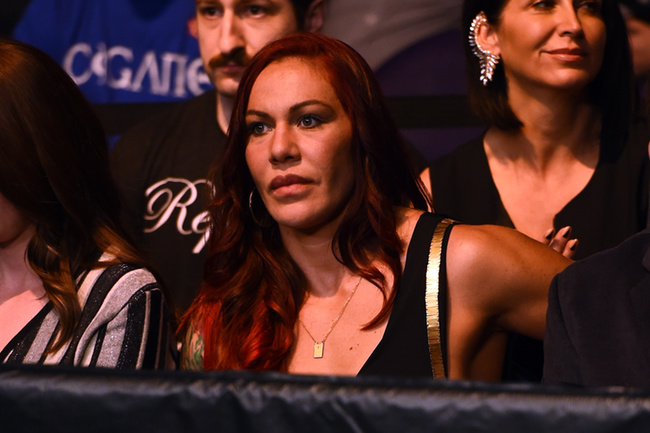 Check it, Ronda Rousey is headed to Brazil to give another one of her unforgettable performance on August 1st. She’ll defend her title versus Bethe Correia, one of two very vocal Brazilian ladies who want nothing more than the blonde head of the current women’s bantamweight champion of the world.

The other one is, you guessed it, Cristiane “Cyborg” Justino. But while in the past Cyborg vs. Rowdy has been nothing but talk, it seems like we’re approaching the day in which we will actually see Cyborg challenge Rowdy’s belt. No one’s made any official statements yet, but the current Invicta FC featherweight champ has taken to her social media to challenge Ronda yet again, announcing that she’s in fact signed a contract with the UFC.

According to an initial report from Combate.com, Cyborg said the following:

“Your excuses to not fight me are going down as fast as you will when I catch you in the Octagon. Stop irresponsibly accusing me of using anabolic steroids. I am clean! You know that I’ve passed several tests, a lot of them surprise ones. Let’s do Olympic testing, like Pacquiao and Mayweather, and then you’ll have one less excuse to hide behind. Lorenzo hired me, I’m back and I’m coming after you. After we fight, you will either retire and go make movies or you’re going to run to the flyweight division, like you ran away from me at featherweight. You’re never going to be the best until you face the best. Show up, it takes two to make a fight. Don’t be scared. Fans see me out here and they see you just talking. Have some respect for them. It’s embarrassing that you say you’d face Gina Carano at featherweight and not me. One way or another, I’m coming after you. Put some work in instead of coming up with excuses. You can give 99 excuses to not fight me, but not being in the UFC is no longer one of them.”