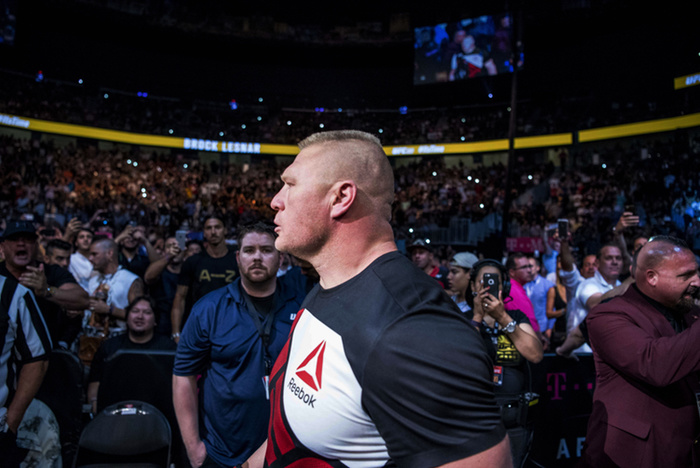 Whether they’re voluntary or forced, hiatuses seem to be a common theme in the careers of MMA’s biggest stars.

After his razor-close 2013 defeat of Johny Hendricks, welterweight great and proven pay-per-view star Georges St-Pierre embarked on an open-ended hiatus from competition, and fans are still salivating over the prospect of his return today. Former light heavyweight champ Jon Jones has been forced into an unplanned hiatus of his own by a slew of troubles outside the cage, and fans are dying for his return to the Octagon in a similar fashion. UFC lightweight champ Conor McGregor, who stands out as the biggest star in the history of the sport, recently set off on a break of his own, as he prepares to start a family with long-time girlfriend Dee Devlin. His next fight will be an even more anticipated event as a result. And then, of course, there’s Ronda Rousey, whose year-long break from the spotlight has added a tremendous amount of hype to her Friday night comeback fight against women’s bantamweight champion Amanda Nunes.

Of all the breaks from competition taken by MMA megastars, however, not one is as long as the break Brock Lesnar took from late 2011 to July of this year. After succumbing to a first-round onslaught dealt by Alistair Overeem, the former champion returned to his pro wrestling haunts for almost five years, before making a surprise comeback to partake in the landmark UFC 200 this year.

While Lesnar was able to win his hugely hyped comeback fight, wrestling top-10 heavyweight Mark Hunt to a unanimous decision win, he had the rug pulled out of him in the days after the fight, as the unfortunate news that he’d tested positive for the estrogen blocker clomiphene emerged. After a long legal battle that saw Lesnar and his team attempt to blame his failed tests on everything from his foot cream to his eye medication, he was handed a year-long suspension by the Nevada State Athletic Commission in early December. And just like that, another Brock Lesnar hiatus—unplanned as it may be—had begun.

Luckily, Lesnar has a lucrative pro wrestling contract with WWE with which to keep busy during his suspension. In the future, however, when his suspension has ended and his WWE contract has run its course, there would undeniably still be interest in seeing Lesnar return to the Octagon—especially considering how good he looked against Hunt.

According to UFC President Dana White, however, this is an unlikely possibility. In a recent interview with TMZ that shockingly wasn’t about a potential Conor McGregor vs. Floyd Mayweather showdown, White shared his belief that Lesnar is ready to hang up the gloves for good.

“I doubt it,” White said of a potential Lesnar comeback. “I don’t know how much longer he’s got with WWE. I think his career is winding down, but he’s a freak of nature. Maybe he’ll give me a call and say he wants to do it again, but you know, I think he’s ready to ride off into the sunset.”

Of course, White certainly leaves the door open for the small possibility of a Lesnar return, but he really does give the impression that the curtains have closed on Lesnar’s fighting career. Exciting as his comeback would be, it sounds as though the 39-year-old’s latest break from MMA competition is more of a retirement. His mammoth, 265-pound frame will likely never shake the Octagon again.