Decision for Dober vs. Buscapé Will Most Likely Be Upheld 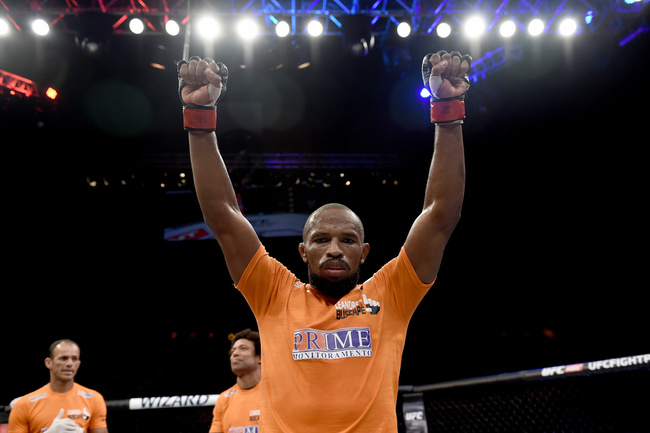 The biggest loss of the latest UFC Fight Night in Rio de Janeiro—with its main event between Demian Maia and Ryan LaFlare—was without a doubt the lackluster—to the say the least—performance from referee Eduardo Herdy.

His actions that night have reverberated throughout the community, and Ultimate Fighting Championship capo Dana White even took to twitter to condemn this unfortunate referee. The man’s biggest slip-up of the night came during the preliminary contest between Leandro Buscapé and Drew Dober. The Brazilian Buscapé was able to lock down a guillotine, and as the American was about to get out of the submission attempt, the ref called the fight and gave it to Buscapé.

Dana White said afterwards that he hopes the fight is later deemed a no-contest. Following the fights—as the organization always does—the Brazilian Athletic Commission of MMA (CABMMA) came together with referees to discuss each of the fights’ outcomes. According to the operations director of the CABMMA, Cristiano Sampaio, who spoke with Brazilian outlet Combate.com, nothing has been defined.

Dober’s camp has not made a request to reconsider the outcome of his fight. With that in mind, it’s likely that even if Dober appeals, Buscapé will get to keep his controversial win. 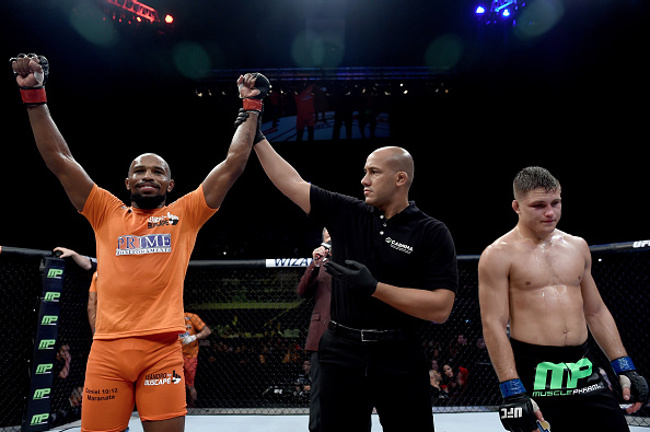 According to Sampaio, there are only three ways in which that decision could be overruled. One of those cases would be that the judges’ scorecards were miscalculated. The other scenario in which the decision could be overturned would require there to be collusion between judges, i.e., the judges had a predetermined result—shady business. The third scenario requires there to be a wrongful interpretation of rules by the referee. According to Sampaio, there was no misinterpretation of the rules, but that they still have to review the position of the referee, whether or not Dober was indeed going to sleep, but that there was no misinterpretation of the rules. Because of this, the result will most likely be maintained.

This wasn’t Herdy’s only mistake that evening. When Jorge “Blade” fought Christos Giagos, Herdy was late to stop the fight. When Giagos finished Jorge with a rear-naked choke, he had to tap out several times before Herdy pulled Giagos off. According to Sampaio, however, they’re not going to shelf the referee as it would be “very bad to his development.” He said that despite Dana White’s statement that Herdy should not referee again, Herdy wouldn’t be shelved, but that he would undergo an intensive program of “education” to stop these mistakes from happening in the future.