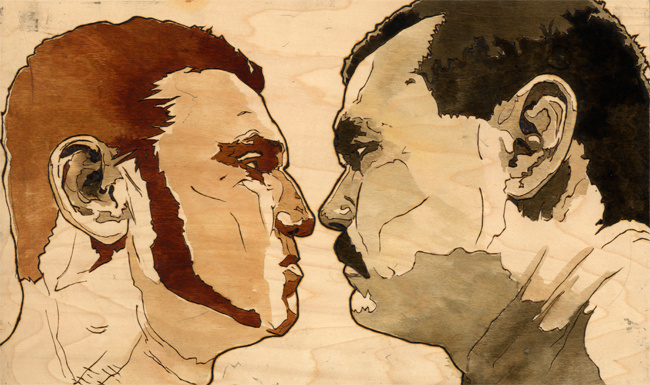 How much should a fighter sacrifice to win?

Don Frye crafted his reputation in MMA as a man's man. He debuted in grand fashion at UFC 8 and won the "David vs. Goliath" tournament with brutal efficiency, utilizing a combination of wrestling and boxing skills. Ever since his training partner Dan Severn was defeated by Ken Shamrock at UFC 6, Frye had used his dry wisecracking to provoke a rivalry with the notoriously hot-tempered Shamrock-- insulting his fighting ability and marital life and landing squarely on Ken's shit list. Frye continued to poke the hornet's nest to promote the event and instigated an in-ring brawl at a press event two days before their fight.

It was classic Art of War concepts put into action: riling your opponent up while calmly waiting to strike.

On February 24, 2002, the pot came to a boil and the two met at Pride 19: Bad Blood. Their staredown was enough to get the crowd on its feet and the contrast in their appearances highlighted the gulf in their personalities. Shamrock was the picture of street-kid defiance: With his slicked-back hair and long sideburns, he looked like a ‘roided up  member of the Outsiders. Frye's cold stare, Magnum P.I. mustache, He-Man physique, and American flag shorts were the perfect authority figure for an outsider to rebel against, and when the bell rang the rage-filled youth got sucked into a fight he could not win.

Frye’s game plan was to clinch and punish Shamrock’s body in an attempt to demoralize him. Unable to bully in the clinch, Shamrock bucked as his ribs were brutalized by Frye's punches and knees. The men traded blows across the ring, but it was obvious that Frye was getting the better of the exchanges and that Shamrock was lost on the feet. 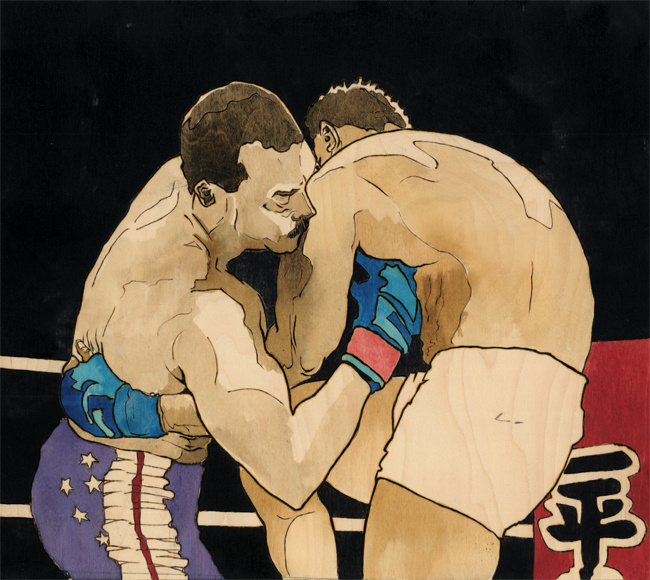 With roughly four minutes left to go in the 10-minute opening round, Shamrock tripped Frye and immediately attacked a leg. For the remaining minutes the two men engaged in a true battle of wills. A leg-lock specialist, Shamrock went from heel hook to kneebar to toe hold to inverted heel hook, cranking with all his might while Frye passed into a trance-like state. His eyes glazed over and his breathing intensified as he rolled, punched, and even kicked Shamrock in the face (while wearing shoes) opening up a nasty cut. Nothing could save the Predator though. He stayed in Ken's wheelhouse, unable to escape.

Through it all, Frye would not tap, and when the bell rang he limped back to his corner.

The second round saw both men fighting as if in a fog. Ken had exhausted himself ripping Frye's ankle to shreds and Frye was masking a level of pain he had not expected. In subsequent interviews Frye would remark with a smirk that if he'd known it was going to be that bad, he wouldn't have talked so much trash.

By the third round both men were hurting, but their will to win remained undiminished. Desperate for a finish they resorted to brawling, and Frye, the more experienced boxer, sent Shamrock to the canvas. Frye went in for the kill via ground and pound. Shamrock gave up his back and from one knee executed a judo-like toss to end up in Frye's guard. From there he attempted another submission and the men ended up in a bizarre position--simultaneously heel hooking each other. 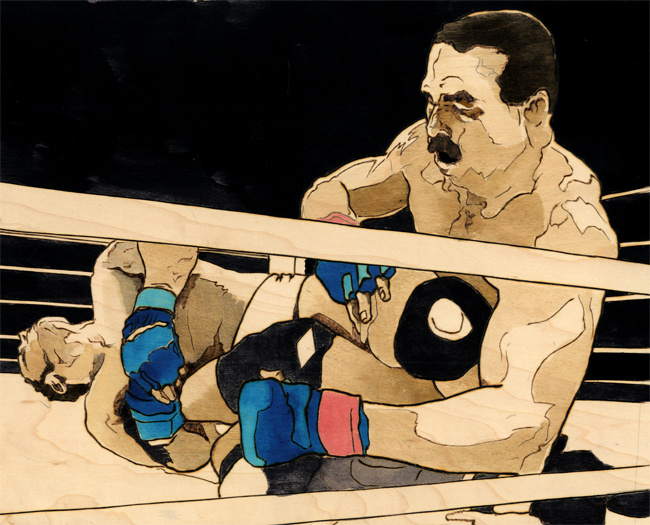 The judges rendered their decision and Don Frye was victorious. The two men managed to bury the hatchet and they remain cordial professionals to this day. In his post-fight speech, Frye apologized for his trash talk and called Ken a class act.

In the end, the price was steep for both men. Both of Frye's ankles were severely damaged and for a time he became dependent on painkillers. This fight is seen as a turning point in both of their careers; it took too much out of them. They had fought too hard and for too long and their records after this fight reflect as much. The price of immortality is high, and legends often start paying the piper long before their time on earth is through.

The Age of Rules and Wrestlers