Defining Moment: The Women Are Here To Stay 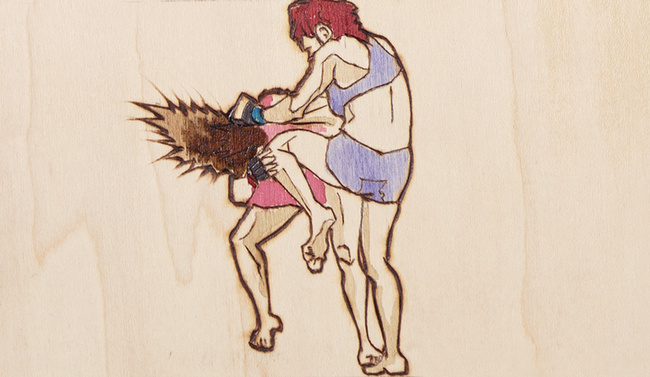 On April 13, 2013 at the TUF 17 finale, Cat Zingano and Miesha Tate elevated women's MMA and showed the masses that their division was most definitely not a novelty act.

Until that night, the concept of women fighting in the UFC hinged on the marketability and star power of Ronda Rousey, who'd stormed through Strikeforce's bantamweight division via a streak of 1st round armbars. But what about the rest of the fighters, could they capture the fans' interest? The question remained unanswered even after Rousey submitted Liz Carmouche. Often after the excitement of any "new thing" subsides we are left with a reality that's lost a bit of its luster, and Tate/Zingano were tasked with a difficult challenge: show that women could fight no matter who was in the cage.

What emerged at the TUF 17 finale was everything an emerging division could hope for. It was a stellar card packed with finishes and the women were welcomed by 6,000 fans who witnessed the previously unknown Cat Zingano mount a come-from-behind victory, punctuated by a spectacular TKO finish.

The fight started with Tate launching herself forward, intent on pushing the pace and preventing Zingano from establishing any significant offense. The strategy worked as Miesha was able to land a takedown in the opening seconds and then tagged Zingano with a combination against the fence. Tate was the smaller of the two but kept Zingano on her heels and on her back til the bell signaled the end of the first round.

It was already an entertaining fight, but as the fighters separated a single motion doubled the stakes at hand. As Tate stood up to return to her corner she put her hand directly on Zingano's face for support and mushed her into the canvas. Zingano leapt to her feet and had to be restrained by the ref.

The second round played out similarly, with Tate pressuring Zingano on the feet, throwing combinations that led to a clinch, trip, takedown, and repeat. Tate was relentless on the ground, almost pulling off a Russian belly-down armbar and then transitioning into a leglock followed by a heel hook. The fans were being treated to a ferocious display of grappling and striking, but as the minutes wore on Tate started to slow down and Zingano began landing shots on the ground. She escaped the heel hook, gained top position and put together a series of hammer fists and elbows that could have endangered Tate had the round not ended.

Enter the third round. For the first time all night Tate did not press forward. She was tired and Zingano smelled blood in the water, rushing in and immediately hitting a takedown. With a front headlock she used her size advantage to bully the bully, forcing her across the octagon, head down and vulnerable. Tate got up, posting on both hands with her face undefended. From there Zingano put together a beautiful display of MMA striking, battering her opponent across the cage with a series of knees and delivering the death blow with an elbow to the temple. Tate crumpled to the ground and the ref rushed in between the fighters. Zingano's swagger seemed to brush all the dirt from her shoulder as she basked in the relief and adulation. She had won the fight, a title shot, and the respect of MMA fans the world over.

In the months that would follow, Cat Zingano would be hit with a series of physical and personal setbacks that have delayed her title shot with Ronda Rousey and for this fans, fighters and I wish her nothing but the speediest of recoveries. Her perseverance under pressure, behind on the scorecards and under the bright lights cannot be understated. Women's MMA was in its infancy and had yet to be taken seriously when she stepped into the cage. When she walked out though, we were all wondering when the next fight would be. 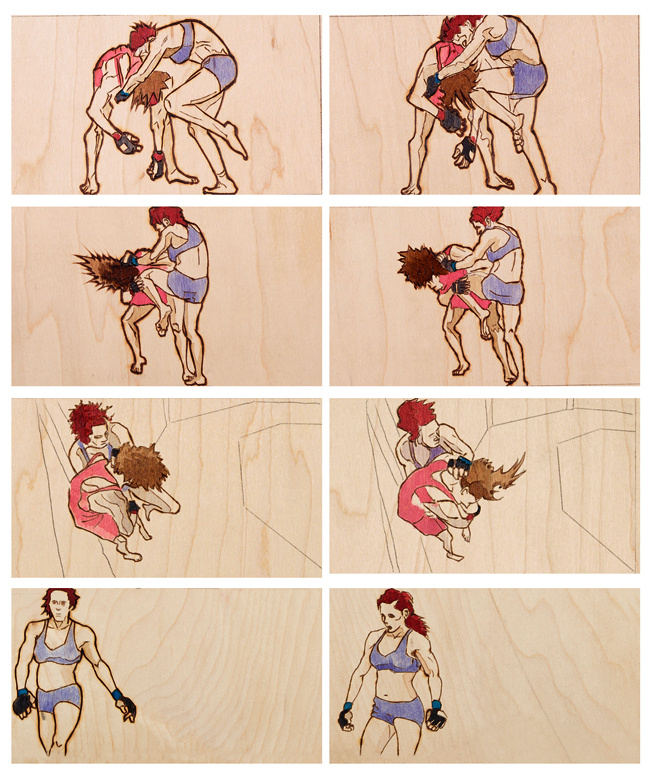 Notes on the artwork:

This animation is handmade, 144 frames burned and stained on 3 panels of birch. Assistance for the creation of this animation was provided by @Zprophet_MMA, Adam Dupelchain and Fariya Omar 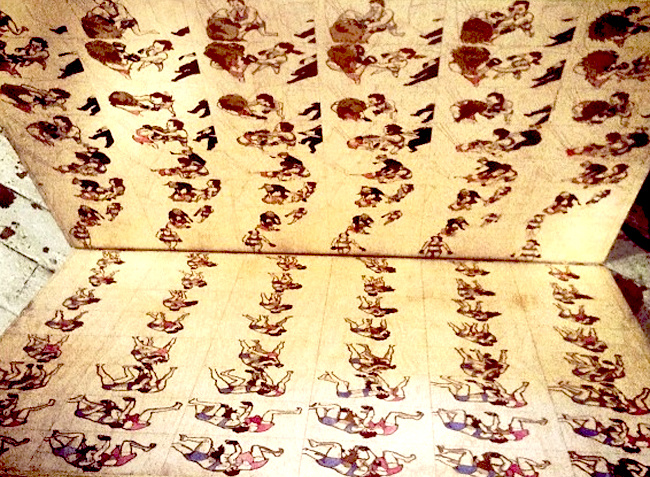