Derrick Lewis Brings That Southern Heat to the Octagon 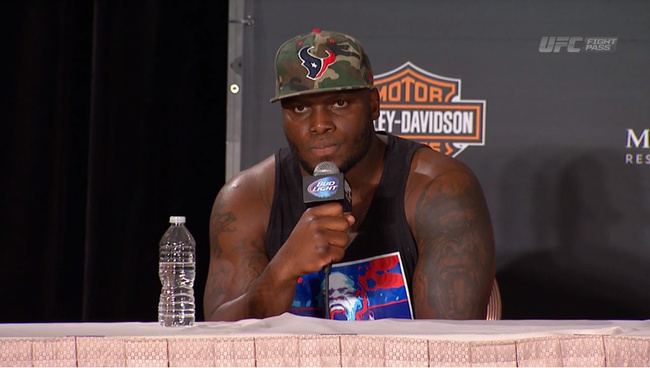 BJ Penn—a true fighter—said good-bye to mixed martial arts fans this weekend, after Frankie Edgar dominantly took the win at TUF 19’s grand finale. It was a bittersweet moment, after all, BJ Penn is a legend. Some say, even, that The Prodigy is the greatest MMA athlete of all time. And he was defeated gracefully inasmuch as Frankie “The Answer” Edgar showcased some of the best fighting we have lately seen.

As far as seasoned athletes go, BJ Penn is certainly in his autumn, and we bid farewell. The evening, however, presented a new force, a fighter whose power is only rising, a fighter whose spring is in full-swing. Derrick “The Black Beast” Lewis is pounding his name onto the UFC’s list of elite athletes.

At six foot three and 264 pounds, the New Orleans heavyweight has been professionally fighting since 2010, and has not lost a fight since the summer of 2011. The two fights he lost were by decision—no one’s knocked him out, and no one’s submitted him. His UFC debut fight was canceled due to injury, but Lewis came right back to his next fight and pounded on Jack May’s head until the ref pulled him off and gave him the TKO.

A mixed martial arts record spanning four years, however, is still a growing animal, but The Black Beast is no stranger to fighting. Growing up in New Orleans and Houston, Lewis trained in boxing, and would often get into street fights, and later on, in Texas, went to jail while attending Kilgore College on a full athletic scholarship as a football star.

Upon his release, he took every drop of energy in him and turned it entirely to boxing—and ultimately to mixed martial arts, after a friend suggested he try it out. 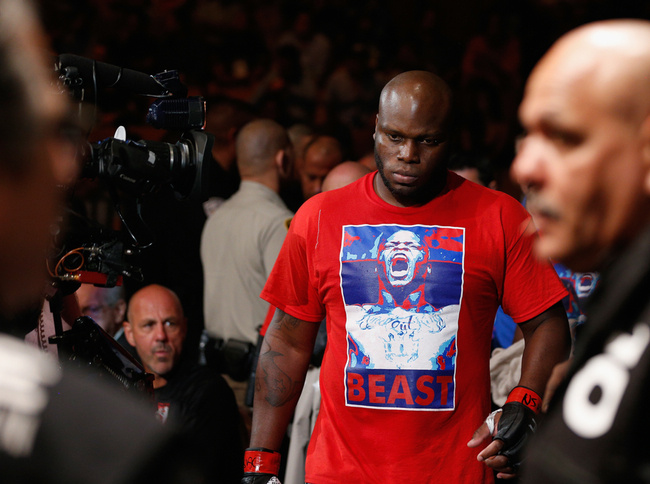 Fighting out of 40oz Fight Club in Houston, Derrick Lewis has become a favorite among MMA fans, and this weekend against Guto Inocente, he showed everyone why.

The entirety of the first—and only—round belonged to this leviathan. He knew how to manage Inocente. He moved with purpose and power, each step thunderous. He stalked until the right moment to strike, when he popped Inocente with a tremendous right that crumpled him. He came down once or twice until the ref pulled him off.

A massive victory: exciting as hell and loud as falling timber. During the press conference after the fight, Dana White said everyone likes a true fighter. Like BJ Penn, Derrick Lewis is a true fighter. The UFC is better for itself having someone like Lewis—tried, tested… a warrior.

It’s also really awesome to see someone turned life around like he did—from struggle to success, Lewis is a tremendously important positive role model in the UFC. They should really tout that.

As far as who’s next, there’s all sorts of talks as to who will try to take Lewis down. He said he’s eyeing Matt Mitrione. The sound of that shakes our sternum.