Diego Sanchez and the Precedent for Drops to Featherweight 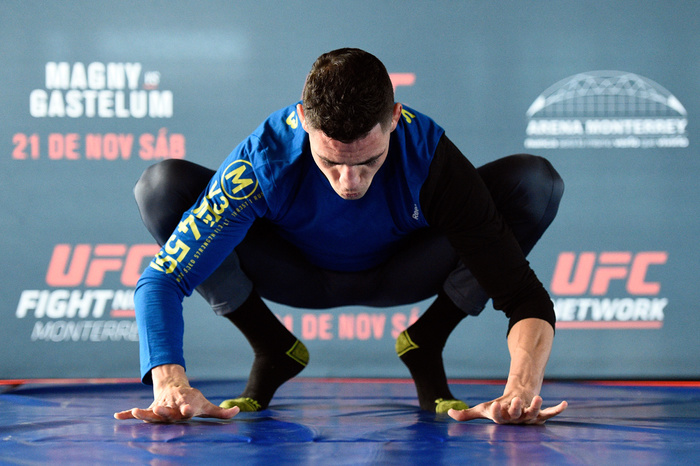 In late 2010, the UFC absorbed World Extreme Cagefighting (WEC), and gave its featherweight and bantamweight divisions a new home on the sport’s biggest stage. For fight fans, it was a tremendously exciting time, yet it also marked an exciting moment for fighters in the UFC lightweight division.

With the introduction of a featherweight class, UFC lightweights were given a new opportunity for a fresh start. If things began to feel stale at 155 pounds, they could now take a trip 10 pounds south in search of greener pastures as featherweights. And many fighters took full advantage of this opportunity. 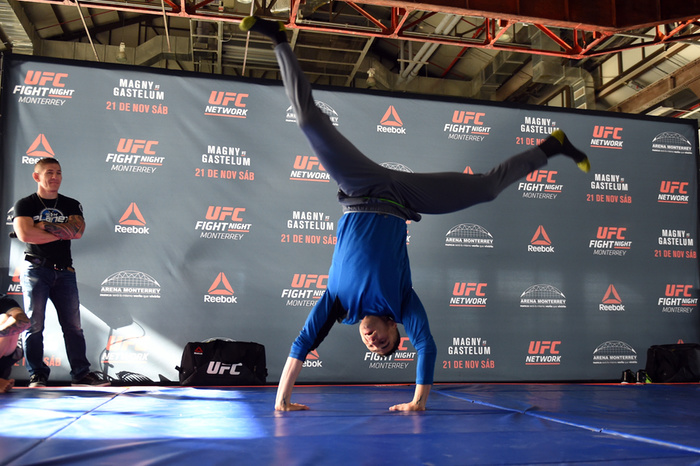 Despite the popularity of this weight class change, however, very few lightweights have come to find their greener pastures at featherweight.

Frankie Edgar’s time at featherweight, of course, has been a success story. His first bout in the division saw him tangle with Jose Aldo for the divisional crown. And though he lost that encounter by decision, he’s remained a fixture of the featherweight top-5 since, and today looks to be just one win away from another crack at the title. Stephens and Oliveira, who now reside as top-10 featherweights, have also made fruitful divisional drops. Yet upon closer examination, these men are the clear minority.

Look at Guida, Lentz, and Siver, for example. While it would be unfair to call any of their featherweight careers disastrous, they haven’t exactly been successful either. All three men have achieved middling success, drifting in and out of the top-15. Yet that’s no better than what they were doing at lightweight, so in the end, their dropping a weight class was hardly a game-changer. Having clued into this fact, Lentz is now scheduled for a lightweight return in December, while Guida has also recently hinted at the same.

Then, there’s Miller who, in 7 fights as a UFC featherweight, has amassed just a 3-4 record. Pearson, meanwhile, was sent packing back up to lightweight after a TKO loss to Cub Swanson in his second featherweight bout. And finally, there’s BJ Penn who, after a short retirement, returned to make an ill-advised drop to featherweight where Edgar handed him one of the ugliest losses of his long career.

Yes, it’s clear upon closer examination that the success rate of lightweights dropping to featherweight is not especially strong. Outside of a special few, most fighters have only realized mid-level success—if they haven’t crashed and burned entirely. And yet the trend continues to this day.

The latest fighter to give the drop a try will be Diego Sanchez (25-7), who takes on Ricardo Lamas (15-4) in the co-main event of UFC Fight Night 78 in Monterrey, Mexico this Saturday.

Sanchez, who was the middleweight winner of the very first season of The Ultimate Fighter, has spent the majority of his career drifting between the welterweight and lightweight divisions. And though he realized some fairly major success in late 2009, when he fought BJ Penn for the lightweight title, he’s embarked on a pretty rough stretch since then.

A glance at his record will tell you that he’s 4-4 since coming up short to Penn—not a terrible record, but certainly nothing to write home about either. The thing about Sanchez’s recent career, however, is that it’s marred by a series of questionable decision victories. His three most recent wins—over Martin Kampmann, Takanori Gomi and Ross Pearson—are widely believed to have been robberies. This means that, if we lived in a world where MMA judges were a little more competent, Sanchez could be standing at a terrible 1-7 in his last 8.

The important thing to note in considering these hypotheticals is simply that lately, Sanchez has not looked good—at welterweight or lightweight. And so, like so many others before him, he’s opted to slim down and attempt to reinvent himself as a featherweight. He will not, however, enjoy the same tepid welcome that was afforded to some of his peers. Where Pearson and Lentz, for example, were welcomed to featherweight by Junior Assunção and Eiji Mitsuoka respectively, Sanchez’s welcome committee will be a recent featherweight title challenger and staple of the divisional top-5.

In Lamas, Sanchez will face a powerful and crafty wrestler with effective enough striking to give him trouble, and a fighter with the gas tank and experience to rival his own. Furthermore, despite being the same age, Lamas has taken far less damage than Sanchez has over the course of his career. And finally, Sanchez will be returning to competition for the first time in a year and half, to a division where the cut might drain him quite a bit. So really, it’s easy to understand why most betting outlets have him pegged as a +400 underdog.

Then again, the numerous advantages that Lamas has on paper do not guarantee that Sanchez’s featherweight drop will be a failure. The TUF 1 winner, after all, has his advantages too.

For one, he’s likely to be the bigger, stronger man on fight night. Granted, Lamas is certainly a powerful featherweight—he’s nicknamed “The Bully” for a reason—but Sanchez has spent the last few years tangling with fighters like Jake Ellenberger, Martin Kampmann and John Hathaway. As such, he’s not likely to be outmuscled on Saturday night. And then, of course, there’s the Diego Sanchez x-factor: heart. This is the variable that has carried him to the final bell in bloody encounters with Kampmann, Gilbert Melendez, and others. And though that alone will not be enough to drive him to victory against Lamas, it’s an edge that can’t be understated.

The precedent for drops from lightweight to featherweight doesn’t exactly bode well for Sanchez. The quality of his first featherweight opponent makes his chances look even slimmer. Yet the gritty veteran is going for it all the same, showcasing the kind of fearlessness for which he’s become known. So, can he pull off the upset on Saturday night and reinvent himself as a featherweight? The betting odds may say “no”, but you can bet his answer to that question is decidedly “YES!”