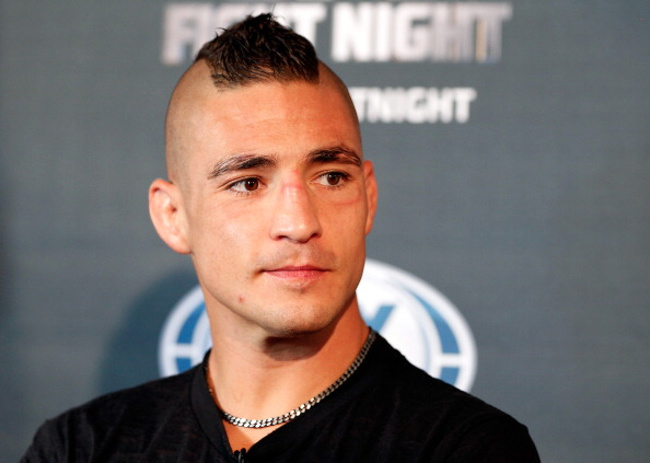 With a pro career that began all the way back in 2002, Diego “The Dream” Sanchez has been at it forever.

He kicked things off with a 17-fight unbeaten streak, winning the debut season of The Ultimate Fighter and defeating the likes Jorge Santiago, Kenny Florian, Nick Diaz, and Karo Parisyan in that stretch. And though that phenomenal streak was eventually snapped by a pair of losses to AKA staples Jon Fitch and Josh Koscheck, Sanchez then rebounded nicely with a drop to lightweight, which saw him defeat fighters like Joe Stevenson and Clay Guida en route to a title bout with BJ Penn. Unfortunately, that’s where he began to lose his footing.

After a decisive loss to Penn, Sanchez boomeranged back to welterweight, where he found middling success over the course of three bouts. And then, as if he hadn’t flip-flopped between weight classes enough, he again moved to lightweight, where he earned controversial decisions over Takanori Gomi and Ross Pearson, and came up short to Gilbert Melendez and Myles Jury—which catches us up to the present.

Despite the momentum with which he began his career, Sanchez has fallen on hard times, and seems to have exhausted his options at both welterweight and lightweight. Sure, he’s still able to hang in there with most of his opponents—he still frequently participates in action-packed fights, and has still never been knocked out—but he’s definitely hit a wall. And where this might look like the recipe for retirement to other fighters, Sanchez still has plenty of competitive fire left in him.

So, what’s a fighter to do?

Well, as we now know, Sanchez has opted to dip into the shark-infested waters of the featherweight division; home to 145-pound monsters like Jose Aldo, Conor McGregor, Chad Mendes, Frankie Edgar, and Ricardo Lamas—the latter of whom will provide Sanchez’s divisional welcome on November 21. The question is, how’s this going to pan out for The Dream? 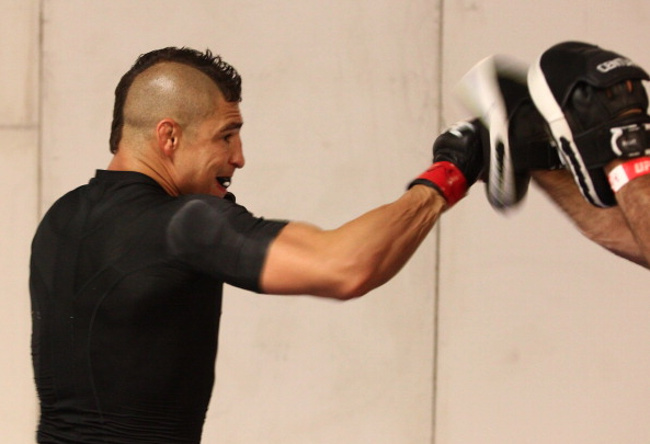 History tells us that drops from lightweight to featherweight can be dangerous. The most recent precedent for this shift comes from BJ Penn who, like Sanchez, is a former welterweight and lightweight. In an effort to breathe some new life into his flickering career, Penn made a drop to 145-pounds, only to be eaten alive by his former nemesis Frankie Edgar. Things didn’t go much better for another one-time Sanchez opponent, Ross Pearson. After a tepid stretch at lightweight, the Brit made a drop to featherweight where, despite winning his debut against Junior Assunção, he was then torched by Cub Swanson. There’s not much reason to assume things will go any better for Sanchez, who draws a top-5 opponent in Lamas right off the bat.

Of course, there’s always a chance Sanchez’s drop goes well too. As a fighter who has competed as heavy as 185 pounds, he is sure to outsize nearly all of his 145 pound opponents, and should hold a notable strength advantage as a result. Furthermore, his gas tank, which has always been on point, should allow him to keep up with most of his featherweight opponents. So really, there’s a good chance he’ll find lots of success south of lightweight—and there’s precedent for this story arch too.

Look no further than Jeremy Stephens for a lightweight-to-featherweight success story. After his career fizzled out at 155, Stephens made the 10-pound drop only to amass a solid 3-2 record, defeating the likes of Darren Elkins and Dennis Bermudez in the process. And then, of course, there are Charles Oliveira and Frankie Edgar, two former lightweights who entirely revivified their careers at featherweight, and have both earned spots in the divisional top-10 since dropping. Sure, Sanchez’s reaching the heights of the aforementioned men is certainly a tall order, but there’s no reason to assume his looming trip to featherweight is a death sentence. Despite his recent skid, he may well find new life at 145.

But just to play devil’s advocate, let’s take a look at the worst-case scenario. Let’s imagine Sanchez, loses to Lamas in November. Well, then it’ll be pretty evident that he’s not destined for a featherweight title shot. At the very least, however, he’ll have a whole new roster of willing dance partners at his disposal: gutsy featherweights with which to recreate his historic brawls with Clay Guida and Gilbert Melendez, and close out his long and storied career in a blaze of blood and glory. Yes, Sanchez’s drop to 145-pounds is a certainly risky one, but don’t discount it just yet: it could well turn out to be awesome.