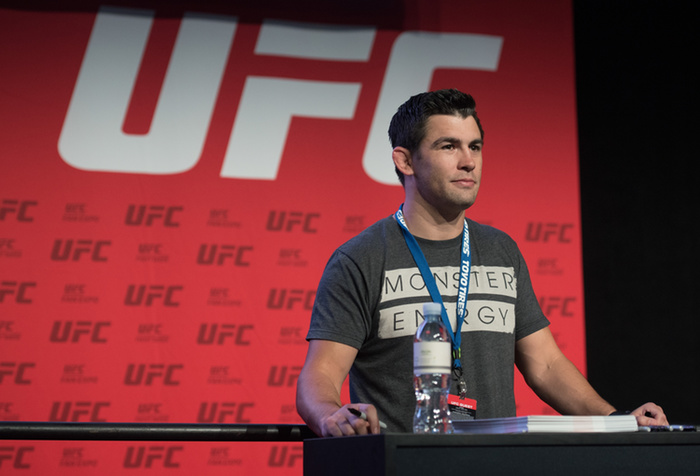 After his third time defending his belt, Cruz was expected to face Urijah Faber in 2012 but was forced to pull out of the bout when he injured his knee. He subsequently had two different surgeries after his body rejected the first replacement ACL.

An interim title went up for grabs while he recovered, and he was expected to make his big return in February of 2014—to unify the belts against the then interim champ, Renan Barao. No dice. Cruz injured his groin during practice, and was forced to vacate his title for good.

Three long years went by, but the now 30-year-old martial artist kept his dream alive and made a successful return to the Octagon, beating Takeya Mizugaki and earning the “Performance of the Night.” It was such a performance, in fact, that Dana White granted him a title shot against TJ Dillashaw during the post-fight press conference.

THEN HE GOT INJURED AGAIN.  Three months after his initial return, Cruz announced that he had torn the ACL on his other knee. At this point, going into his third knee surgery, most people would have abandoned all hope. But apparently, Dominick Cruz gives zero f***s about injuries anymore and was able to keep the hope alive.

Today the UFC officially announced that he will return, again, and will immediately get that long overdue title shot against Dillashaw on January 17th of next year. It’s obviously well deserved.

Dominick Cruz: Dominating the Art of the Comeback