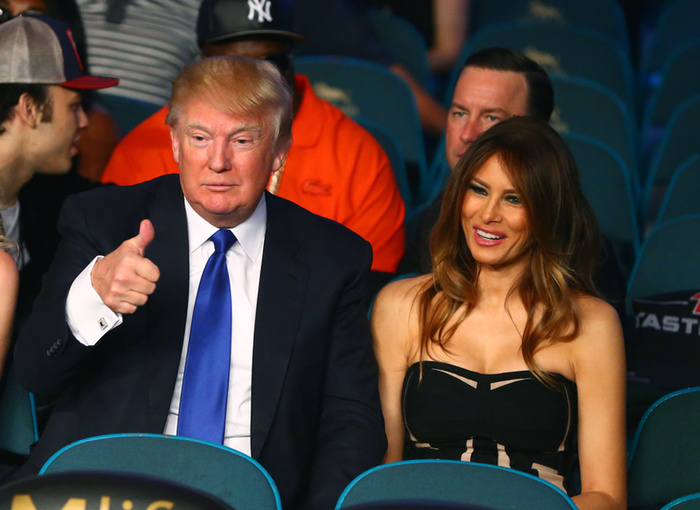 After an endless, bruising, down-to-the-wire gut-punch of a presidential election we as Americans, who have spent so much of the last 18 months at each other’s throats, willfully blind to the fact that we are countrymen irretrievably lashed to the same ship whether it floats or it sinks, should be able to turn as one to the reparative comforts of our great national sporting events to heal our collective wounds and reconnect us to one another, free at last from the burdens of rabid partisanship, once again able to find some peace in shared loves rather than divisive disdain. This is the hope, anyway, and has been a great historical truth: Sports, even more than time, is what heals wounds in America. They say during the Civil War Northern soldiers taught Southern prisoners of war how to play baseball, and there would be games between the two sides in the prison camps. And nothing can bring a Clinton and a Trump fan together like the shared love of a single team. Great sporting events right after elections should be rabidly non-partisan affairs, a chance to luxuriate in our sameness, to remember our blood ties, rather than replay the spiteful animosities of the previous year-and-a-half.

Especially when that sporting event is as historically significant and reflective of the shared and longstanding hopes of all a sport’s fans as UFC 205, which will be the first major MMA event to take place in New York in nearly 20 years, the first after a nearly decade-long struggle to legalize the sport in the state, and the first at Madison Square Garden, that great cathedral of combat sports. UFC 205 should be a victory lap for all MMA fans. An unqualified good. A harbor in the tempest. Shelter from the storm. A night of freedom from all the madness. A great coming-together. One equal temper of heroic hearts.

Instead we hear the news that President-Elect Donald Trump might be coming to the fights and the whole thing gets murky again.

Last night UFC President Dana White, a longtime Trump supporter who spoke at the Republican National Convention back in July, told TMZ, "Donald originally told me that he would come to the fight if he won," White revealed. "I don't think Donald really realized what his duties were going to be had he won. I think he's meeting with [President Barack] Obama today, I don't know, we'll see.” White is right, of course: Trump is pretty busy these days, meeting with President Obama in the Oval Office and putting together his wish list for the perfect Cabinet designed to strike the most fear in the hearts of left-wing America, so attending an MMA fight might be low on his list of priorities. Still, while White said he’s not going to pressure Trump to keep his word, “it wouldn't suck if he came." 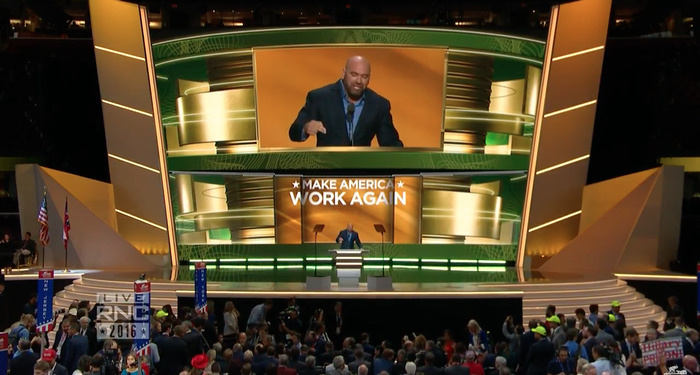 For White perhaps and for many UFC fans and fighters it wouldn’t suck. But for others it would be a small catastrophe, a slap in the face mucking up the one celebratory occasion in an otherwise heartbreaking week. And the issue isn’t a partisan one, no matter my own particular and vocal affinities. Had she won, the appearance of Hillary Clinton would have been just as big a kick in the teeth for the other half of the crowd at UFC 205. It’s hard for sporting events to perform their reparative duties when one half on an arena is gloating and the other half dying all night.

Of course Donald Trump can do what he likes, and the appearance of a president-elect, any president-elect, at a UFC event would be a seminal moment in the cultural evolution of a sport once considered proof of the decline of western civilization. And if any president-elect should feel right making an appearance at a UFC event it’s Donald Trump, since he was the one who took the promotion under his wing back in the dark, scorned days of the early 2000s and gave it a home, and some legitimacy, at his casinos in Atlantic City, paving the way for MMA’s rise into the mainstream, and, eventually, into Madison Square Garden.

But for Christ’s sake, after an absolutely endless election season full of pain and hope and pains relieved and hopes dashed, and vice versa, is it really too much to ask that we get a break from the noise and the divisiveness and the anger, and that we finally come together as one people and say with a single, ringing voice, like the Founding Fathers at Independence Hall and the rebel soldiers at Lexington and Concord before us, “Tonight we are going to gather together in a giant arena in the greatest city in the world and watch other human beings beat each other senseless in a cage for our amusement—as Americans”?

After 19 years in the wilderness and 18 months in the trenches, haven’t we earned that much?

How MMA Finally Made Its Way to Madison Square Garden

The World Is Burning Down Around UFC 205

The Tactical Guide to Conor McGregor versus Eddie Alvarez