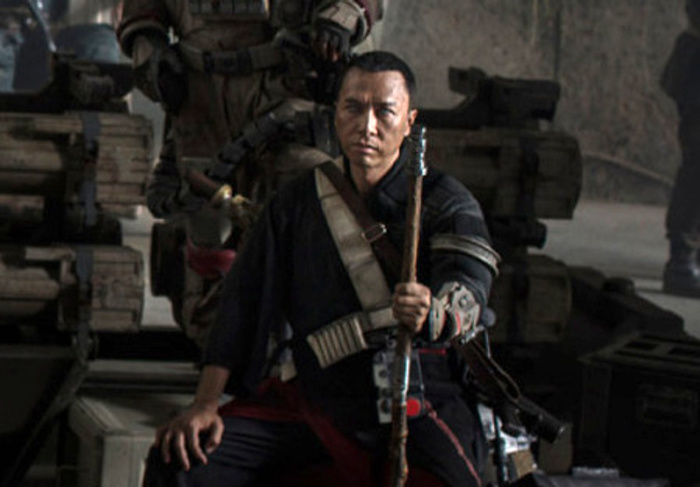 In a world as mundane as the one I inhabit daily, the imminent merging of cinematic kung fu and the Star Wars universe is an event to be cherished. Such an event is fuel for my imagination and a portal back to when I was a kid, spinning long sticks and making lightsaber noises in a desperate, heroic stand against the Dark Side. The bits and pieces released over the past few months are forming an excited blur in the back of my mind, an anticipation I reach back toward when the days get long.

It began with the rumors surrounding Donnie Yen’s true role in Disney’s grand plot to re-tool what the Star Wars prequels sullied for so many diehard fans. That excitement was re-focused by the release of the cast for Rogue One two weeks ago.

The story of Rogue One is that of the “many Bothans who died to bring us” the plans to the second Death Star. A sorrowful comment by the rebel leader Mon Mothma in Return of the Jedi inspired John Knoll—visual effects supervisor and chief creative officer at Industrial Light & Magic—to pitch the idea of that daring mission to the bosses.

So far, the plot revolves around a band of rebel soldiers operating right after the destruction of the Jedi Order. A chaotic period during which the Imperial forces are still fat off of their stunning victory, Vader is the zealous, newly converted Hound of Darth Sidious (the Emperor) and the remnants of the Republic are trying to avoid getting mopped up. 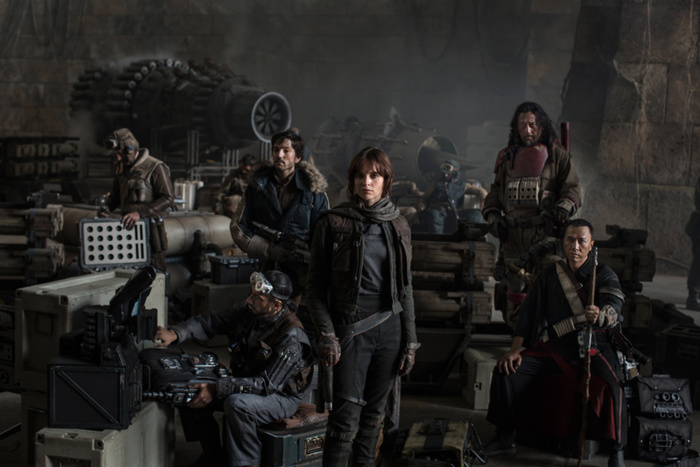 The band has two Chinese members, Donnie Yen, who most know as a martial artist and stuntman, and Jiang Wen, who is relatively unknown outside of China. Jiang directed and starred in Let the Bullets Fly, a fantastic, weird hot pot of Chinese Imperial drama, thievery and scoundrelism, and American Western shoot-outs. When the rumors of Donnie Yen’s involvement in a Star Wars film first came out, there was speculation about his role as a Jedi-friend of Han Solo (probably not happening?) and then as a surviving Force-wielding rebel in Rogue One.

But director Gareth Edwards has emphasized that Rogue One is about the dirty guerrilla wars fought on the ground—unseen and unheard of while we watched the rebels freeze on Hoth—by men and women who weren’t blessed members of a mitochloridic cult of warrior-monks. So it looks like we won’t see Donnie swinging a lightsaber of some kind (all of the imagined, glowing wushu weapons in my head just went POOF!). Instead, we will hopefully see some kung fu. A rebel without magic, but just the discipline it takes to master a martial art, and the courage to use it against heartless, armored clones and the dark lord of the Sith who commands them.

Here is Kung fu Tea on the topic:

“In the Star Wars Universe certain individuals are born strong in the Force, and others are not. The effect has been to create a caste system. Indeed, certain lines of storytelling in various novels and comic books have explicitly built off of this. While the controversial introduction of Midi-chlorians into the storyline in Episode I made this situation explicit, it is always something that seems to have hovered in the background of the mythos. In contrast the martial arts also promise their students an avenue from which to step out onto the stage of history. They grant their own abilities and have their own philosophies. And even in the Star Wars universe they are seen as skills that are available to people as a result of their effort and hard work rather than as a fluke of their birth. Yen’s character design promises to deliver an interesting hero, but one who is self-made rather than the product of wizardry.”

A look at the released photo of Yen in the cast photo reveals what looks to be a blind, grizzled warrior who can shoot a blunderbuss if necessary, but likes to get in close with a gnarled, metal-studded staff. His long-haired equally Asian partner (Jiang Wen) wears armor and a canister of some kind strapped to his back. Is that a cannon? Or a container for explosive arrows/lasers a la Chewbacca?

Right now, with the limited amount of rumor and gossip and photos we have to go on, it looks like Rogue One will fuse the samurai legends and kung fu epics that inspired much of the Star Wars lore into a new, gritty look at a desperate attempt to thwart the nigh invincible master of the dark side of the force. If they succeed, then next Christmas I’ll be watching a kung fu/sci-fi epic from the 1970s, re-made, incorporating the evil of Pai Mei (Vader) and the heroism of normal men and women skilled in the ways of using force, and not the Force. Staff-style versus lightsaber style. In space.

I have the light at the end of the long tunnel of my days.

The Master of the Flying Guillotine: Kung Fu Grindhouse Classic Through a Cold War Filter