Drugs, Tweets, Fights, and Other Messes 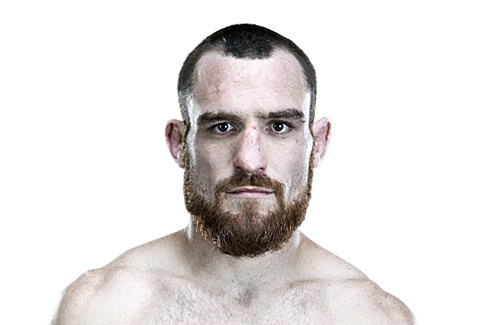 Nate Diaz, the notoriously media-shy yet outspoken UFC lightweight, took to Twitter yesterday to express his feelings about Pat Healy losing $145,000 in bonus money after testing positive for marijuana following his victory over Jim Miller last month. The result was pretty awful:

That Nate Diaz, who, like his older brother, Nick, has made no secret of his affection for marijuana, would publically protest a fighter getting fined for smoking it is no surprise. Nor is it surprising that he would use the word “fag” to describe Bryan Caraway, the bantamweight fighter who was awarded Healy’s $65,000 Submission of the Night bonus after Healy forfeited it: The Diaz brothers, after all, aren’t known for mincing words. That he used the word in a Twitter post, however, was an act of suicidal tonedeafness and shortsightedness that caught everyone off guard, ignited a firestorm of condemnation and a series of tweets from other fighters that shows no sign of stopping, and could cost the Stockton native his career.

The UFC’s response to the Diaz tweet was swift. President Dana White told a reporter that the UFC would either fine Diaz, “suspend or cut him. One or two of those three will happen.” And then that's when things started getting weird.

First, Diaz’s manager, Mike Kogan told MMA Junkie that his client was being unfairly condemned by a world unfamiliar with the etymological authority of UrbanDictionary.com:

"Guess what? The word f----t, at least in Northern California, and where Nate is from, means bitch. It means you're a little punk. It has nothing to do with homosexuals at all. So when Nate made the comment that he made, he didn't make it in reference to homosexuals or calling Caraway a homosexual. He just said it was a bitch move."

Then Caraway--who, upon hearing that he’d be receiving Healy’s bonus a few days earlier, had decided the best thing to do was criticize Healy and anyone who smokes weed--went on Twitter to explain his lack of “remorse or guilt” over the situation and, in a fine how-do-you-do, out his sister as a drug addict:

We can only assume it's just a matter of time before another fighter decides it's his or her responsibility to weigh in on this controversy and in the process ruin his or her own reputation. I suppose the real problem with the rise of social media is that it’s evolving too quickly for anyone to come up with a reasonable user’s guide that will help keep young people (and not-so-young people) from barreling into the millions of pitfalls that spring up when self-importance, self-regard, narcissism, solipsism, intoxication, and access to a megaphone capable of reaching the ends of the earth mix. This is the dark side of the MMA fighter self-promotion machine. When a culture, fueled by reality television and Facebook feuds, convinces people that their opinions and pronouncements are so significant that they need to be heard or read by everyone else, and then provides them the tools to make sure they do, what chance does anyone have? Surely we’re all destined to dash ourselves on the rocks. Nate Diaz was just showing us the way.

And to think it all began with just a little weed.

As Uncensored As It Gets

Conor McGregor and the Art of the New-School Call-Out