Eight Strikes of the Wildcat: The Heroine in Martial Arts Movies 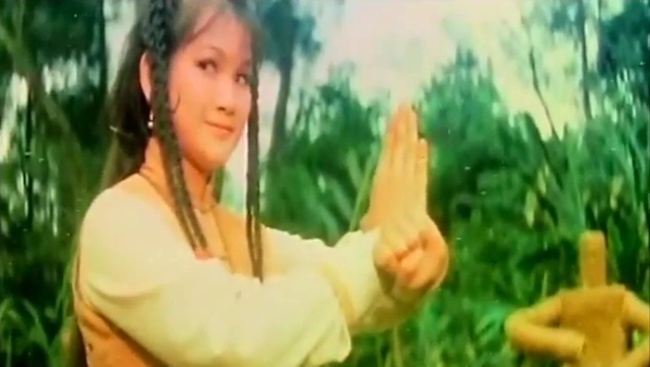 I’ve peeled my kung fu movie to-watch list off of the Wu Tang Clan. When the Five Deadly Venoms was remastered and released in the theater by Alamo Drafthouse, Fightland was there to record the RZA’s intro speech, which was peppered with old school kung fu flics. I’ve been going through those slowly. RZA drops obscure films every time he speaks, no matter what the topic might be. Most every Wu Tang song has a sample that can be reverse engineered into a Shaw Bros flic, and the other members drop kung fu samples all the time, especially the GZA.

But the one that I had to view this past weekend was Eight Strikes of the Wildcat, a movie RZA name-checked in his second AMA for Reddit as the best worst kung fu movie he knew of. That’s a pretty bold statement.

Eight Strikes is a pretty standard kung fu flic in terms of plot. A gang of evil men seek the treasure and rampage through the Chinese countryside killing old masters and villagers, sometimes asking for the map, sometimes just killing everyone and sneering over the corpses. The gang is led by the Mole and his two grimy rodent sidekicks, Rat and Pangolin. In the first scene, they accost an old master who once ruled the region and ask him for the treasure map. When he refuses, beating down random rodent minions as well as Rat and Pangolin, Mole invokes his rodent mind control style over his two sidekicks, and they act as one. Their tri-partite rodent martial art takes down the old master and relieves him of half of the treasure map.

The gang then enters the nearest village, slaughtering and raping as they go, and kill the next master they find. Unfortunately for them, they fail to kill his female disciple, Xiao Hua. Mole hits her with a body shot that tosses her over a cliff and into a river (great use of a puppet in that scene) only to wash up at the feet of a hobo and his friend, a recluse master who happens to know the antidote to rodent style: wildcat stye!

Wildcat has a double meaning in Chinese. A woman who drifts into tomboy-ism—or even more provocative, displays a bit of sexual desire—can be labeled a wildcat. It’s a big deal to be called a wildcat. Some girls take to a tomboy label with pride, while others abhor it as if wildcat were synonymous with slut.

Women in China, especially in the media, are portrayed in archetypes that have filtered down and influenced generations of young girls. The pressure to conform is great, almost as great as the pressure to avoid certain categories.

One to avoid is the evil (step) mothers: represented by the Empress Cixi, who ruled in the last days of the Qing Dynasty, and the Empress Wu Ze Tian, who ruled during the height of the Tang dynasty. Traditional Chinese narratives describe them as power-hungry women with insatiable appetites and cruel, web-spinning tendencies, anomalies who overturn the Mandate of Heaven and invariably lead to ruin.

Most “good girls” aspire to be the maiden, beautiful and helpless, pure and cherished; the princess who needs her prince. Occasionally this maiden crosses over into wildcat style and becomes an alluring yet dangerous tomboy, deceptive and vengeful. She can rub up against you and purr, or slash your eyes out. Depends. This particular incarnation of the feminine makes men soil their pants, so in patriarchal China, it’s to be avoided.

The more modern struggle women face in China is that of the “leftover women,” women who are too awesome for Chinese men to handle, and who therefore find it hard to get married: wildcats gone too far, as a Chinese man might whine.

But traditional martial arts have always twisted these narratives a bit. Films that came out in the 1970s and 80s reflect that, as do more recent ones, like Crouching Tiger, Hidden Dragon for example. The world of rivers and lakes has always had room for the female warrior, albeit one who must eventually submit to a more powerful (often righteous) male warrior in order to avoid upsetting the balance of heaven. Chinese martial artists may accept the feminine, moon-drenched warrior-princess, but traditional narratives frown upon an outright victory over the masculine. It must be a constant struggle.

In Eight Strikes, Xiao Hua studies and eventually masters wildcat style, using the full extent of the style to defeat the rodent clan. She not only hangs with the three main bad guys in a physical fight, but she also shows how classic feminine wiles can always put a foolish man off guard. Those wiles (and her fighting style) don’t work on the main bad guy, the Mole, but that’s where a bit of help from the bumbling hobo comes in. Most kung fu flics end with the righteous hero defeating the overwhelmingly powerful villain with a bit of help from friends, so an ally jumping in doesn’t necessarily diminish the power of the womanly wildcat style.

There is an interesting tension in the way women are portrayed in martial arts movies like Eight Strikes. They’re alluring and vulnerable, yet fierce and able to carry on when men fail. The yin-yang push and pull of the two forces is never truly over, there is no resolution with one or the other on top. Chinese philosophy has that struggle at its core; interesting to see it filter on down into bad kung fu films and influence guys like the RZA.

The Righteous Power of the Iron Palm