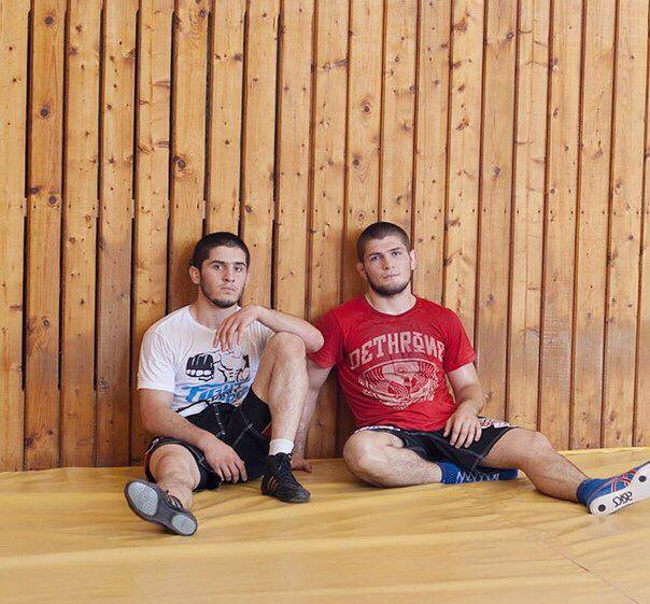 Making his UFC debut on Saturday at UFC 187, Islam Makhachev is the latest in the long line of MMA talent emerging from the North Caucasus region of Dagestan and Chechnya.

That was a bit of a mouthful. Still, that’s not bad going for a region with a population of around 4.1 million inhabitants.

Despite the burgeoning MMA scene in south Russia, little is known of Islam Makhachev despite his billing as a top prospect. At 23 years old, Makhachev has compiled an impressive record of 11-0 in his blossoming fight career.

Ordinarily, you would look at a prospect’s clean record of no losses and take it with a pinch of salt. However, Makhachev has already defeated top French prospect Mansour Barnaoui on his way to earning the opportunity to compete in the UFC which suggests the Russian upstart is someone to take seriously.

Makhachev is long-time friend and sparring partner of future UFC lightweight title challenger Khabib Nurmagomedov and shares a berth with his pal in the UFC’s lightweight division. It is unlikely they would ever want to compete in the Octagon against one another—and at 5ft 7ins, Makhachev is on the smaller side and has been touted to move down in weight class within in the next couple of years.

There is limited fight footage of the Dagestan native on the internet. But, from what I have found, there are clear similarities between Makhachev and Nurmagomedov’s fighting style and skill-sets and it’s no wonder considering they both trained under Khabib’s dad Abdulmanap Nurmagomedov when developing their core MMA attributes.

Like Khabib, Islam is a national and world combat sambo champion and this reflects in the features of their respective fighting styles. No one would ever call Khabib Nurmagomedov a striking expert, but he uses his wild and wide stand-up attack mostly to close the distance before initiating the clinch before some resultant takedowns. Once you’re within that distance of such a highly-decorated sambo player you’re in a whole world of bother. Makhachev is very similar in that regard.

His double-leg takedowns are as effective as his throws from the clinch. Once he has you on the ground, his impressive, smothering top game is punctuated with some fierce ground and pound thrown with bad intentions.

As mentioned before, little is known of Makhachev’s training situation. But, it is thought he will be following Nurmagomedov to San Jose, California and train at the American Kickboxing Academy: not the worst choice of location to enhance your existing skills to hone your striking and go on to become a complete MMA fighter.

Next up for Makhachev is American Top Team product Leo Kuntz. Boasting an equally-impressive 17-1 record, Kuntz is also making his first appearance in the UFC on Saturday. The American debutant has 12 finishes from his wins so will be an interesting and potentially dangerous challenge for Makhachev.

UFC 187, on paper, looks to be a fantastic MMA showcase: a fight card packed with such star power it takes you back to the late noughties. Among some other exciting match ups, this event has two absorbing title fight contests on one card with Daniel Cormier versus Anthony Johnson and Chris Weidman taking on Brazilian berserker Vitor Belfort.

However, I’m not exaggerating by saying watching the UFC debut of Makhachev is what intrigues me most about UFC 187. Will he live up to the precedent set by his fellow fighters of the North Caucasus on Saturday? We will have to wait and see on that one. But, at 23, there’s no doubting this Dagestani combatant has some serious potential to make some noise in MMA’s premier promotion in the near future.