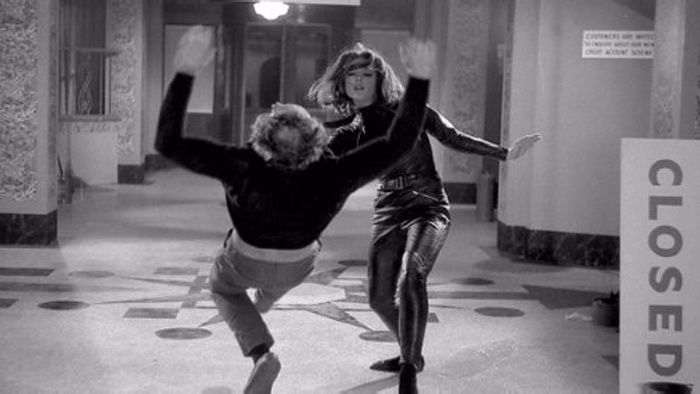 These days, we tend to take western female action heroes for granted. From Buffy and Xena to Sarah Connor and Katniss Everdeen to the various roles of Gina Carano and Ronda Rousey, and even Lara Croft, television, film, comics books, and video games have become increasingly willing to entertain the notion of a physically skilled and capable woman kicking some semblance of ass. They might still be fighting for the same franchise-headlining opportunities or action figures as their male counterparts, like the oft-undervalued Black Widow, but at least they exist.

Even as recently as the ostensibly radical 60s, this kind of character was all but unheard of. Or at least she was until a brilliant young woman named Mrs. Emma Peel made her television debut on the British adventure series The Avengers (no, not that Avengers) 50 years ago today.

Peel, played by theatre and film legend and Bond girl Diana Rigg (probably most commonly known to today’s audiences as Olenna Tyrell on Game of Thrones) might have been the breakthrough star who brought female fighting to the masses, but it’s important to note that she wasn’t the first female Avenger to take on hand to hand combat duties. That honor went to Mrs. Cathy Gale (Honor Blackman), the judo-practicing, catsuit-wearing anthropologist who investigated and fought alongside Patrick Macnee’s John Steed in the second and third seasons (1962-1964) of the show.

Mrs. Gale’s martial arts background originally came about by happy accident. “The producers had already rejected the idea of Mrs. Gale screaming for help,” author David Bruce writes in the book The Funniest People in Sports: 250 Anecdotes About Baseball Players, Figure Skaters, Gymnasts, the Olympics and More. “At first, they had her reach into a handbag for a gun, but that grew tiresome. Then they tried having Mrs. Gale wear a gun in garter holster, but it made her walk bowlegged. Next they tried concealing the gun in an under-arm holster, but tight sweaters are incompatible with concealed guns. Then came concealed daggers and short swords, but they kept cutting her bra straps. Finally, Rene Burdet, who had been the head of the Resistance in Marseilles during World War II, taught Ms. Blackman how to throw people. Later, both Ms. Blackman and Patrick Macnee, who played John Steed, learned judo from Douglas Robinson, a 9th Dan black belt.” 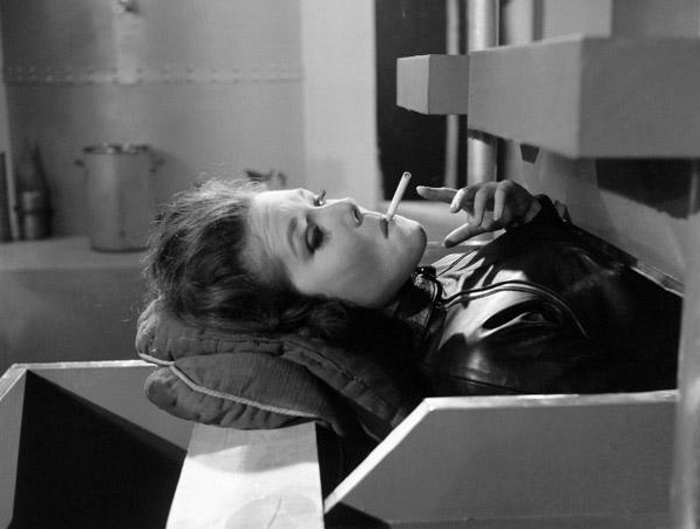 When Blackman left The Avengers to play Pussy Galore in the Bond film Goldfinger, the producers of the show began the unenviable task of creating a character who could fill her leather suits. The result of this effort was Emma Peel (a reference to her ability to appeal to male audiences, aka “M. Appeal”). Like her predecessor, Mrs. Peel was fond of functional one-piece fashion statements, science, and fighting cold war conspiracies in her free time. Unlike Mrs. Gale, she preferred karate chops to judo throws.

Casting the role was a challenge, particularly for the stuntman who had to test the hopefuls’ physical skills. “I was one of a long list of girls,” Rigg told The AV Club in June, 2015. “We were filmed and you had to fight a stuntman. There was a stuntman called Ray Austin, and the poor man, by the time I got to him—it was about 4 in the afternoon—he’d been bashed around by so many desperate actresses, absolutely determined to get the part. He was a very sorry sight.”

After a briefly casting Elizabeth Shepherd in the role (who claims to have been the one to suggest adding karate to Peel’s CV), the producers decided to go with Rigg.

Rigg, who had recently left the Royal Shakespeare Company, lacked Blackman’s martial arts training, but she was more than game for the physical demands of her new role. She took karate lessons (“I took classes for 2.5 years, but I’m not sure if I can do it,” she confessed in an interview with fans. “I think I’d have to be in a situation where I’d need to do it to see if I’m a karate champion.”) and did some of her own stunts. “The stuntmen worked out the karate sequences with me, but I was still black and blue by the end of most days,” she’s quoted as saying in the July 1970 issue of Black Belt Magazine.

The actual combat demonstrated in episodes of The Avengers is negligible. Black Belt’s Dr. Craig D Reid went so far as to name the series’ fight choreography as some of the worst of all time in their February 1994 issue. It’s a fair assessment, albeit a moot one. The Avengers’ fight scenes are, much like everything else about the tongue-in-cheek show, playful, stylized, and campy. And while they produced little in the way of actual karate and judo, the fact that a woman was even attempted such things in a TV series managed to capture the imaginations of both potential martial artists and the entertainment industry.

By the time Emma Peel and The Avengers made their American debut in 1966, Peel was well on her way to becoming a worldwide sensation. Suddenly, a generation of young women who had never been exposed to martial arts—or at least never been exposed in a way that might suggest they could actually participate in them—wanted to learn to fight like her. Mrs. Peel-inspired self defense classes started popping up around the globe. Men admired her skills as well. To this day, if you dig around long enough, you can find a number of testimonials from current martial arts instructors who owe their early interest in combat at least in part to Emma’s efforts.

Although The Avengers never became more than a cult hit in the U.S. (it did inspire a terrible 1998 film adaptation, but the less said about that, the better), writers, producers, and artists also took note of what was happening with Emma-mania.  Arguably, we owe much of our current kick-ass heroines to what Rigg and company managed to create with her 51 episode run on the show.

“The character of karate-fighting Emma Peel has an immediate influence on other female action heroes,” Gladys L. Knight writes in Female Action Heroes: A Guide to Women in Comics, Video Games, Film, and Television. “For a time, Wonder Woman underwent a dramatic change in the comic books, morphing into an Emma Peel-like character who was into fashion and a martial arts expert.”

And, for one strange but shining moment in 1967, Mrs. Peel’s decision to switch disciplines became headline news. At least in Schenectady.

“Fans of The Avengers, the British adventure series which returns on ABC-TV’s “second season” Friday, Jan. 20 (10-11)—now in color—may look for a subtle different in Mrs. Emma Peel, as portrayed by Diana Rigg. She’ll be more ladylike,” The Schenectady Gazette reported in their January 14 issue that year.  “Mrs. Peel, who used to tangle and tumble with toughs while employing karate in the earlier version of the series, has switched to gung fu. She explains that gung fu is strictly a form of self-defense, while karate in self-defense through attack. Gung fu dates back about 500 years and karate only 50.

“Don’t fear for her safety, however, since an expert practitioner of the graceful art of gung fu invariably would make mincemeat of an expert from the “gross and awkward” karate school.”