English Police Catch the Most Prolific Pirate of UFC Content 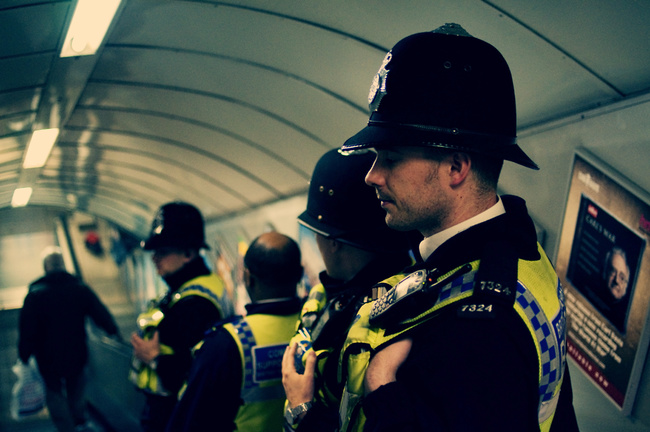 The City of London Police announced this week that on Wednesday, March 18th, they arrested a man who they believe is responsible for the uploading of countless hours of both Ultimate Fighting Championship and World Wrestling Entertainment content.

Detectives from the Police Intellectual Property Crime Unit (PIPCU) arrested a 55-year-old man yet to be named, but known as “Sir Paul” in the internet, in his Coalville, Leicestershire home. He is believed to have illegally uploaded UFC and WWE content amounting up to 3.2 terabytes of data, which translates to more than 3,000 videos. Police estimate these videos have been downloaded more than 2 million times and shared countlessly.

The Ultimate Fighting Championship’s chief legal officer, Kirk Hendrick, said that the organization “hopes this investigation and arrest…will result in a significant decrease in the illegal online distribution of [the company’s] intellectual property and broadcasts…we will continue to work with law enforcement officials around the world to prevent illegal sharing of UFC content.”

This is not the first time the UFC has come into conflict with internet pirates pushing their content through the internet without permission. In 2012, the FBI arrested a man by the name of Mir Islam on charges of participating in a stolen credit chard scheme, and they believed that he was the same man who went by the moniker JoshTheGod. JoshTheGod is believed to have organized cyber attacks against Dana White and the UFC in January of that year. When they arrested him, Dana White told Inc Magazine

"You should have seen the kind of tweets their Twitter followers were sending me. All these mysterious threats, like, 'We're watching you' and 'We can find you.' I told them, Come find me, you f---in' nerds. Here's my hotel. I'm in Chicago. Come find me. It was a Twitter war for days. And that's when it gets fun. You get these guys engaged, you get 'em going, and that's when you get the FBI involved. Because there's so much piracy of UFC merchandise, the FBI was already monitoring everything that was happening. But after Anonymous hacked our site, we also got U.S. Immigration and Customs Enforcement, part of the Department of Homeland Security, involved. And it helps when they know when and where the hackers are going to attack. So I put my chin out there, and we knew they were gonna punch it. Two weeks after they attacked me, a lot of them started getting busted. I think we contributed to that."

That ordeal began when Dana took to twitter to defend the UFC’s support of the Stop Online Piracy Act, which was introduced in October of 2011 to expand the United States government’s ability to fight copyright infringement and the online trafficking in counterfeit goods. Hackers proceeded to attack the UFC.com site, and then to disseminate via the web Dana White’s personal information.

Recently, the UFC has been monitoring its Fight Pass content by tacking on unique identifier numbers to streams during events, perhaps in an attempt to more easily pinpoint where the illegal activity is coming from.