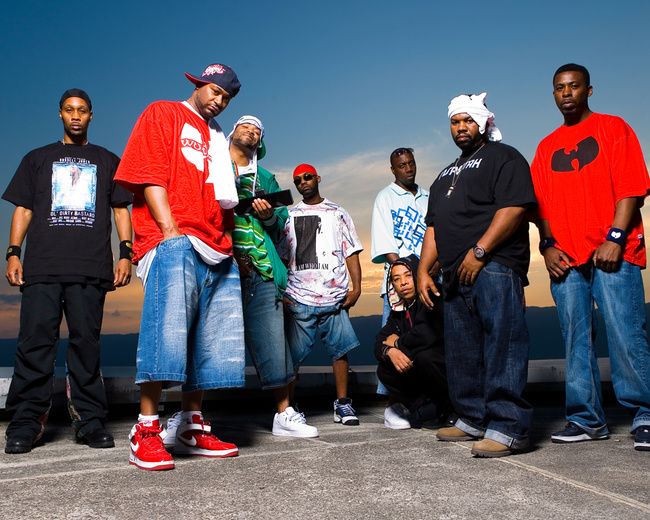 When it comes to kung fu film fandom, east coast rap icons the Wu-Tang Clan ain’t, to quote the Wu-Tang Clan themselves, nothing ta fuck wit. Everything from their name (inspired by 1983’s Shaolin and Wu-Tang) to their favorite moniker for their home borough of Staten Island (which they call Shaolin) to many of their best lyrics come from the collective’s shared love of the film genre and all of the Shaolin styles, palm strikes, flying guillotines, and Wu-Tang sword-wielding it entails.

They’ve also been known to geek the fuck out when a well-researched interviewer presents them with a series of rare and classic Kung Fu posters.

In celebration of our love of RZA, GZA, Ol’ Dirty Bastard, Ghostface Killah, Method Man, U-God, Raekwon, Inspectah Deck, Masta Killah, and Capadonna—and our love of their love of the Tiger, the Crane, the Centipede, and Joe Frazier—we’ve taken a deeper look at all of the best martial arts references on the group’s debut album, 1993’s Enter the Wu-Tang (36 Chambers). Which is, in itself, a reference.

The Wu-Tang Clan establish their martial arts cred/ obsession right off the top with the first lines from the first track on their debut album. After a sample of dialogue from the 1983 Kung Fu film Shaolin & Wu Tang (which, as you can probably glean from the title, was a huge influence on the group), they leap straight into this series of references to shadowboxing and swordplay, the main forms of combat featured in the film. (And also the main forms of combat featured in the greater Wu-Tang oeuvre.)

“Murder, taste the flame of the Wu-Tang, rah!/ Here comes the Tiger vs Crane” - from “Shame On A Nigga”

The late, great Ol’ Dirty Bastard tosses out this reference to two Shaolin styles: the harder-edged and more violent Tiger, and the more fluid Crane, the only style that can combat the Tiger.

It’s easy to overlook this line when listening to the song, though, because it is somewhat overshadowed by ODB’s Warriors reference and the rather vivid diarrhea metaphor that comes right before it.

“I was the thriller in the Ali-Frazier Manilla” - from “Wu-Tang: 7th Chamber”

Method Man and RZA both invoke the Wu-Tang sword in their verses on this track and ODB touches on “slicing shit like a samurai,” but GZA introduces boxing to the mix with this shout out to the Thrilla In Manila, the legendary and life-altering 1975 fight between Muhammad Ali and Joe Frazier.

Masta Killa then goes on to name-check the Centipede, one of the five martial arts styles featured in the 1978 Hong Kong film Five Deadly Venoms.

Masta Killa also samples music from the film on his 2004 album, No Said Date.

Members of the Wu-Tang Clan aren’t the only rappers with a fondness for the film, though. Tupac Shakur referenced Five Deadly Venoms on his album Strictly 4 My Niggaz.

The first “Tiger Style!” is a sample from the 1977 Kung Fu flick Executioners From Shaolin. The second is an impressive and impassioned reproduction by the Wu-Tang clan.

Olympic gold medalist, Undisputed World Heavyweight Champion and Thrilla in Manila participant Smokin’ Joe Frazier makes his second appearance on 36 Chambers thanks to this shout out from Inspectah Deck.

“Matter of fact, bring out the girls and let’s have a mud fight” - from Protect Ya Neck

And GZA brings up mud wrestling, a style of fighting in which competitors—usually women—engage in grappling in a vat of mud or a mud-like substance, for good measure.