Fabricio Camoes and the Essence of a Gracie Fighter 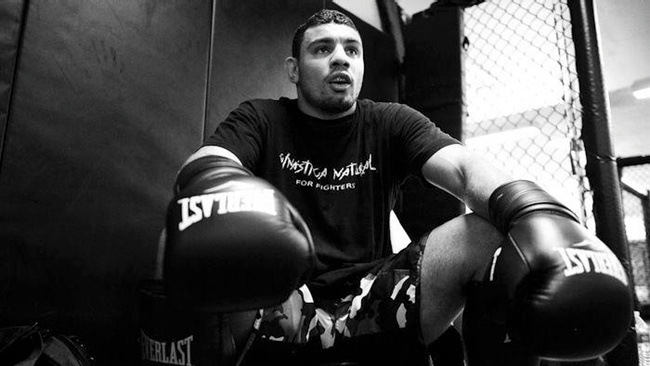 Every time we watch a UFC event, we are reminded of the Gracie clan's formative role. There is not a more iconic image in MMA than that of Royce submitting the bigger and stronger Ken Shamrock in spectacular fashion at UFC 1.

The last member of the family actively competing in MMA is Roger, who has been slated to return towards the end of 2014 after an apparently premature announcement of his retirement from the sport.

There are a number of other fighters who still fly the flag for Gracie Jiu Jitsu. The Diaz brothers’ training under Caesar Gracie has been evident repeatedly during their time in the Octagon, with Nate in the running for most submission wins in UFC history.

From his academy in New York, Renzo has been adding Gracie Jiu Jitsu to the arsenal of elite competitors like Frankie Edgar and George St-Pierre for years. Fighters who currently train with brothers Rener and Ryron include Lyoto Machida, Brendan Schaub and Ronda Rousey. 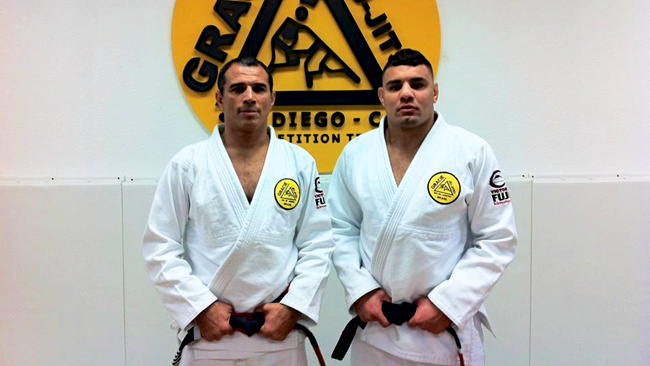 But there is no one currently fighting in the UFC with a more direct lineage to Master Hélio Gracie than Fabricio “Morango” Camoes, who has trained jiu jitsu under Hélio’s son Royler since age 13. Camoes has been with Royler from his adolescence to present day, where he is based at Gracie Humaita San Diego.

Fabricio’s style on the mat is illustrative of the no frills approach which pits Gracie Jiu Jitsu in stark contrast to that of many BJJ schools, which proliferated in the wake of Royce’s UFC victory. There are no flashy or overly complicated techniques, just a core of fundamentals. Take the opponent’s back and secure a choke. Arm lock from guard. Pass the opponent’s guard and mount.

It was in a textbook display of these fundamentals that he defeated opponent Tommy Hayden in the first round. Camoes repeatedly swept Hayden and eventually secured a rear naked choke. This weekend, those credentials will be put to the test when he faces young upstart Tony Martin at UFC 179. 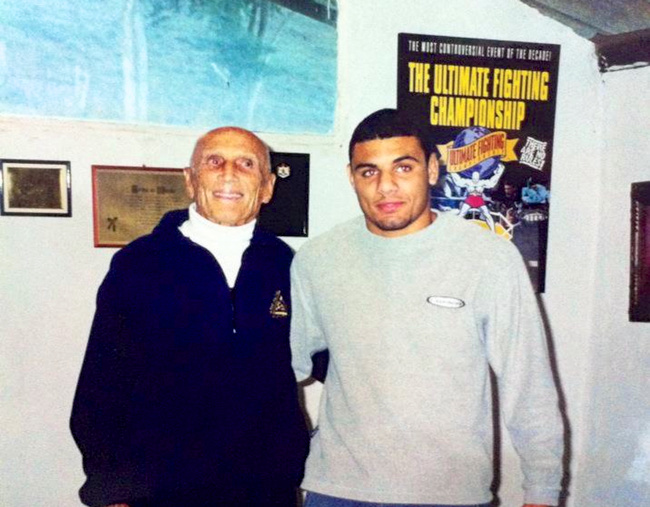 Martin has himself displayed signs of brilliance on the mat. In his UFC debut against Rashid Magomedov, he nearly finished the former M-1 Global champion in the first round with an arm lock that Magomedov just barely managed to grimace through and survive.

Tony Martin does not have to worry about a shortage of world-class instruction. He is a purple belt under American Top Team founder Ricardo Liborio, who has been turning out jiu jitsu monsters like Jeff Monson for years. If he defeats Camoes this weekend, he should be well on his way to earning his brown belt.

Either the return of Roger or long awaited debut of Kron will mark the return of the Gracie family to MMA. Until then, however, they are well served by a representative like Fabricio Camoes.

In his UFC debut against veteran Caol Uno, Camoes would have emerged victorious on the judge’s scorecards had it not been for a point deduction in the second round. He has demonstrated tremendous spirit, facing off against future champion Anderson Silva in a bare knuckle match at just 17 years of age. Since his draw with Uno, he has shown grace in both victory and defeat.

Today jiu jitsu gyms around the world—regardless of team affiliation—choose to hang the image of Hélio Gracie on their walls. Since his teenage years Fabricio Camoes has remained fiercely loyal to those that came before him, and has expressed an unwavering faith in the effectiveness of Gracie Jiu Jitsu.