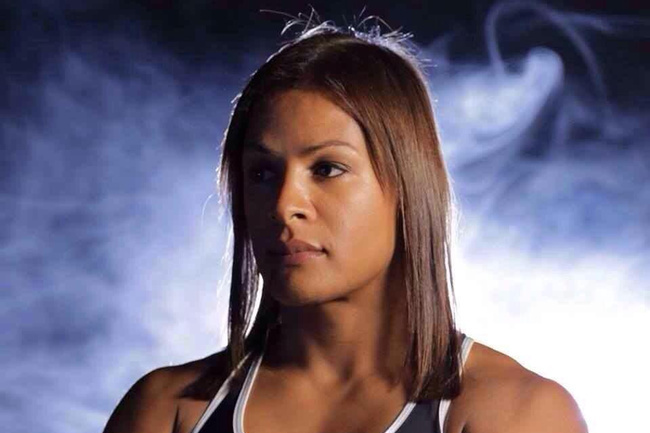 Fallon Fox is a bit of a super hero. She kicks ass as a professional mixed martial artist with a 4-1 record and kicks ass outside of it as an outspoken transgender activist and feminist and the first openly trans fighter in MMA. Long before she became a martial arts hero, though, she was reading about them in her favorite comic books. And she was drawing and writing about her own characters.

When Fox was in her late teens and early twenties, she began to consider a career as a comic book artist and decided to teach herself about the trade by creating and illustrating an entire comic book by herself. Earlier this month, she unearthed the results of those self-taught lessons, a comic called SHURIKENS, and shared them with her fans on Facebook, along with some of her thoughts on her inspiration and the types of characters she was too afraid to portray at the time.

Eager to learn more, I reached out to Fox to ask her about her history as a comic fan, how her discipline as an artist compares to her discipline as a mixed martial artist, and the current representations of LGBT people in comics. 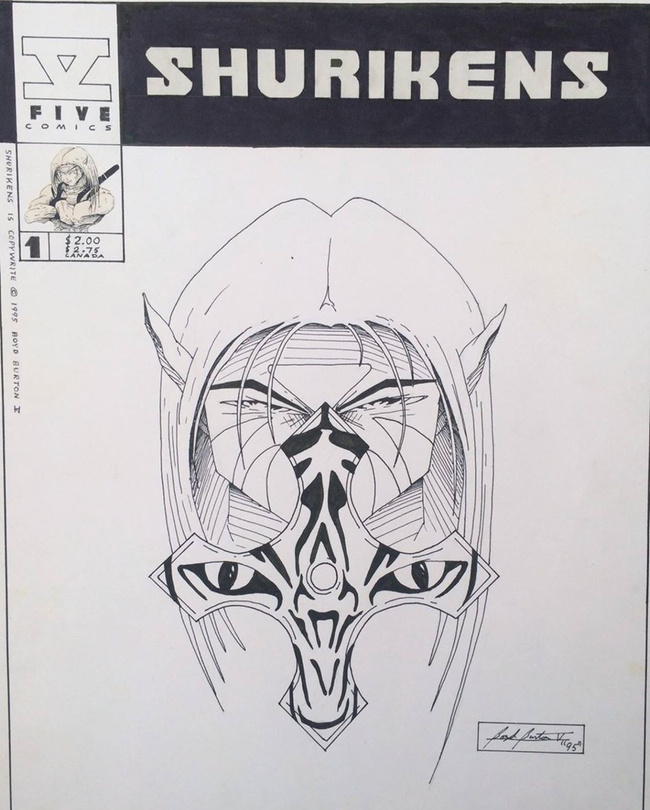 Fightland: When did you first get into comics and what was it about them that appealed to you?
Fallon Fox: My father used to bring me comics as a child. Comics like the Micronauts, Rom The Space Knight, and the Fantastic Four. My favorite of all of these were the X-Men. They were hated and hunted for being different. But, they fought back, even though people sought to destroy or change them.

When did you start seriously considering a career as a comic book artist?
That would be around 17 or 18 years old. When I started realizing that my hobby for drawing could have the potential for me to pursue it that goal. I never achieved it. But, I had fun creating things.

You created Shurikens in part to train yourself to work with pencil and ink. What was that process like?
It was the first time that I actually sat down and created an illustrated story on that large of a physical scale. Before that, I was working on smaller 8 1/2" x 11" paper as most youth do when sketching in class or at home. Working larger helped me progress at that time. Also, my speed and talent increased throughout that work. And by the end I felt proud of what I had learned.

Creating a comic book from scratch to teach yourself about the art takes an incredible amount of focus and self-determination. Would you say that you bring those same qualities to your training and fighting now?
I have a tendency to focus like a laser beam on endeavors, and talents that I'd like to master. I tend to bury myself in my passions. It's always been like that for me. I bring these qualities to fighting naturally. It helps for sure to be this focused in training, and it's served me well within my sport. And I've noticed that it is a trait in many other people who succeed in MMA, and in other things as well.

Shurikens is a very martial arts-oriented comic. Have you always been a fan of martial arts?
Pretty much. I remember watching a lot of martial arts films as a child and teen. I was into exciting films that featured Bruce Lee, Jackie Chan, and lots of martial arts anime. I think my favorite film was Chinese Super Ninjas (Five Element Ninjas). 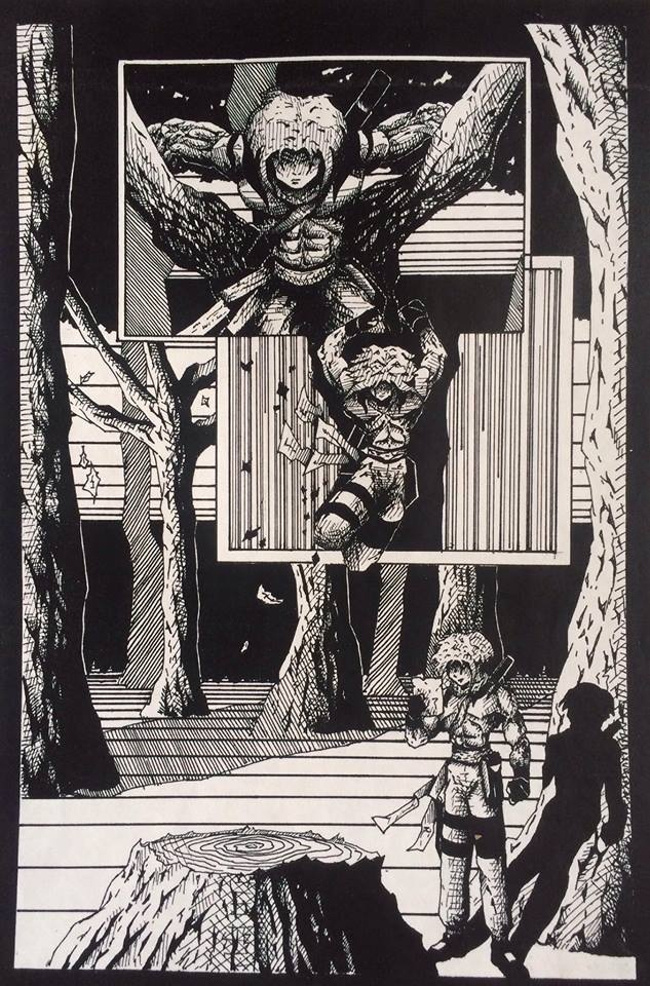 Do you think that your early interest in comics and the martial arts and combat in them had any influence on your current career choice?
Yes, I believe it did. It was an introduction into an attraction of combat related things. I find it interesting that because I was male bodied as a child, I was given comic books / martial arts entertainment, and was prompted by adults to engage with it, when most female bodied children were being pushed the other way. Some, but not all of them, were into the same things I was as a child and were prompted by adults to engage similar as I was. Some had to fight or sneak to engage with those materials. And some were just not interested in them at the time. But, there tends to be a trend - to be into martial arts themed entertainment to some degree in childhood as a WMMA fighter. That's just what I've noticed.

You considered making the protagonist of Shurikens a “butch lesbian female character.” Why did you want to do that, and what made you reconsider?
I thought that the concept of having a butch female character would be a very neat idea. Everything in comic books seemed to be blatantly heterosexual normative. I had never seen that done before. And to be quite honest I was tired of the same old cookie cutter uber feminine style of female characters in comics. I couldn't for the life of me figure out why butch lesbians were not comic book characters. It just didn't seem to fit reality. If super powers and super martial arts skills were to exist in the tangible universe, you would see all sorts of variety of super heroes. However, the entertainment and comic book universes did not reflect that. This left question marks floating around my head constantly.

Why were butch lesbians held as lesser value than other humans? To the point where there were no visible prominent butch lesbian characters in film or comic books. Why couldn't a butch lesbian character be produced that was promoted as courageous, skilled, and respected? I had never seen that, and I wanted to attempt to create it. But, as many others did, I caved for fear of retaliation, or not being accepted by the comic book companies I was seeking to showcase my work to. And when I was done with the book, I realized I had my answer to why it had not already been done. 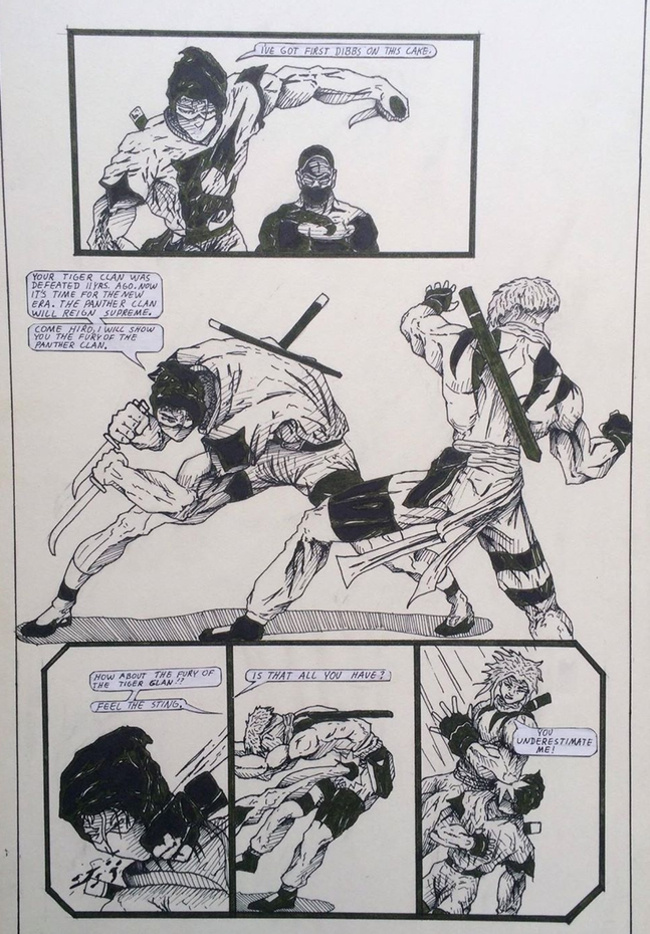 Do you think that today’s comics are more diverse and more accepting? In what ways would you like to see them improve from where they are now?
I believe that they are. I haven't looked at the landscape of comics in some time. But, from what I hear, it has been getting better. The Green Lantern is gay correct? And there is a trans woman character that supports Batgirl now. At some point I'd like to see a trans woman or trans man protagonist. There's just so much that can be done there. The storyline could be phenomenal if someone were to take the chance, develop a storyline that develops and humanizes that character so that the audience gets her or him. That would be groundbreaking, and would likely gain much positive attention for a major comic book company. But, that would require courage, and possible release of ones own personal bias to see the benefits of the return that might see.

Do you think that positive representations in pop culture play an important role in greater acceptance and understanding of minority populations, or the “other” for a lack of a better word? I’m on the autism spectrum, and I can’t believe the difference that characters like Abed in Community have made for my community and for me personally over the past few years.
Of course. Positive representations of minorities have always helped to humanize those minorities represented. The viewer is able to understand to some degree what it may be like to live as someone other than them, even if the storyline or characters are fiction. And positive portrayals of minorities tend to uplift the idea that minorities can be valuable. Which has always been the case in each minority within human history. On a long enough timeline we begin to see how similar we are. Thus, we begin to release long held internal beliefs that another category of human is of less value than the one we are categorized in.

This is perhaps a bit of a cheesy, but I think that being a strong and kick-ass woman in the public sphere is one hell of a way to make up for shying away from creating a strong and non-stereotypical female character in your comic work. Talk about being the change you want to see in the world.
There are too many changes to list here. The world has many problems as I'm sure readers are well aware. The biggest of which is greed. But, for starters, we could do our best to try to eliminate or temper the wide spread misogyny that plagues our society. I don't want this simply for women because that's where I reside, and am categorized. I want it for men also. As misogyny hurts us all. You know that brand of nail polish marketed for men that's been going around the MMA sphere? Some men like this type of thing. Doesn't mean they are women or want to be one. Doesn't mean that they are gay. Doesn't mean that they are not tough. It's just an expression of themselves. And while many tout uber-masculinity as ultimate freedom, I see being forced into that as ultimate slavery. There's no wiggle room. No space for even a little bit of grey for the heterosexual man or heterosexual woman who descents from the ridiculous framing. The framing that says we are all, or should all be, the same.

Have you ever considered working on another comic? If you did, how would your MMA experience influence the fight scenes? How would your experience as a public figure and activist influence the whole story?
I've considered creating another one. But, creating a comic book takes way more time than I have at the moment. Maybe one day I'll start another series. If I did, I believe I'd create a storyline with a team of female ex-military forces that gather to combat a large threat. There would be a variety of women heroes from different backgrounds and ethnicities. Of course I'm older now. So, 20 years of maturity and learning would make my storyline way better than the one in SHURIKENS. I suppose what I've learned within my activism could enrich that storyline. 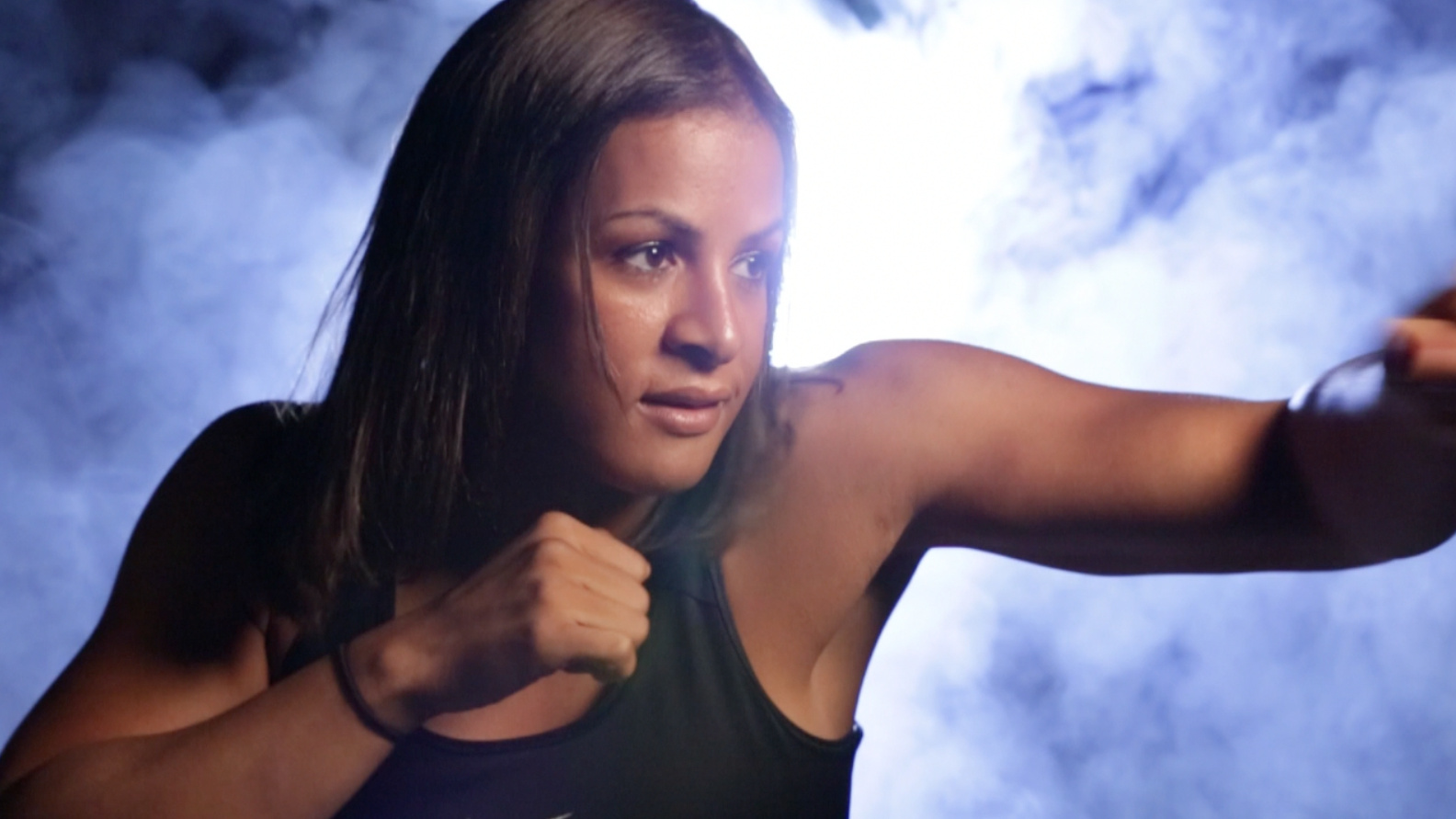 Why MMA Should Be Welcoming Transgender Fighters