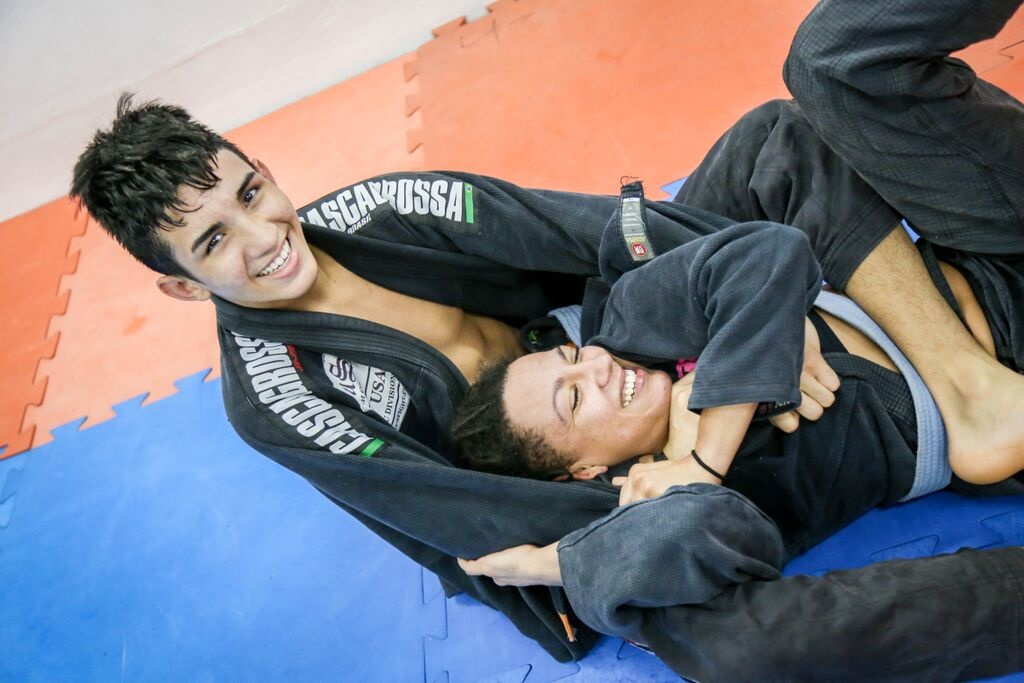 “I´ve finally figured it out, I´ve got some pointers that I can show you before my flight.”

I was sitting outside Fernando Tererê´s academy with my friend Andrew Morris, a purple belt under Tererê that was spending the summer in Rio. The kid’s class was finishing up and we were getting ready to head inside for one of his last training sessions before heading back to England.

“No, not yet but this is how it´s gotta be done”

Ours eyes met and then we simultaneously glanced back at the brightly lit academy windows as if he could hear us from where he was warming up on the mats. We were slightly embarrassed as we were talking about a 14-year-old… And not just talking, but meticulously analyzing his game in hopes to destroy his guard and triumphantly finish him off with a nice bow and arrow choke… or maybe a Mata Leao.

If it were any other teenager from the project then maybe we would have felt guilty about the amount of effort we were investing in trying to tap out an adolescent green belt, but he wasn´t any other kid. Jhonathan Marques, more affectionately known as Moicano (Mohawk) for his impeccable hairstyle, has been terrorizing us with his impossible Berimbolo game for so long that any sense of remorse had long been obliterated. 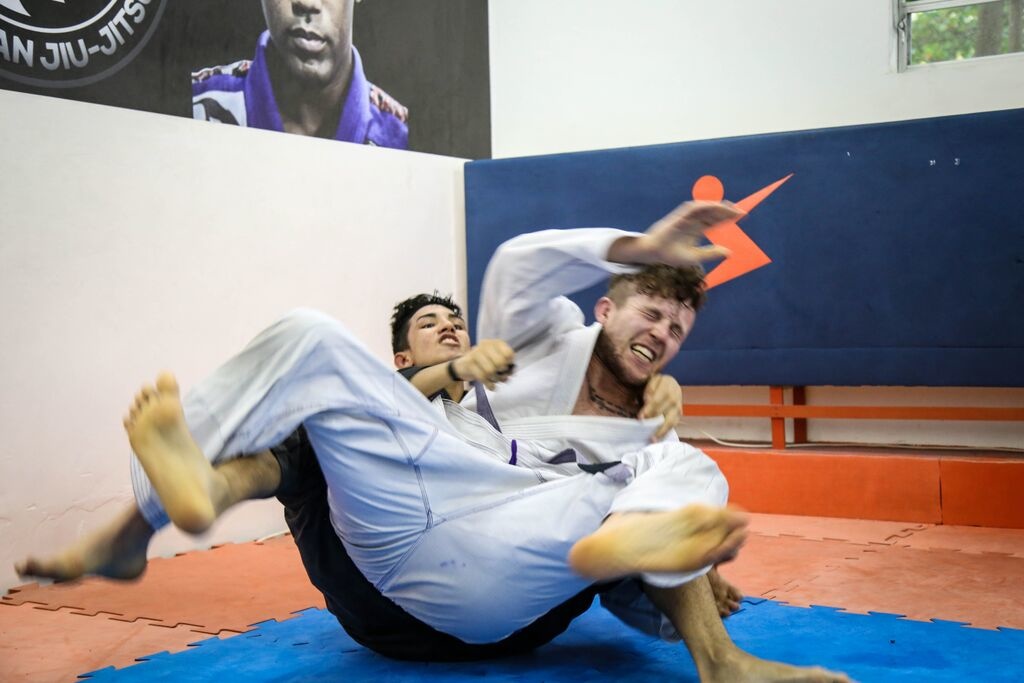 I met Moicano two years ago when he was still a yellow belt and when I still had a viable chance at passing his guard. Needless to say, he was a big fan of the Miyao brothers and this was evinced by him immediately laying back and throwing his legs up over his head at the mere threat of passing his guard. (As a white belt, you can only imagine how perplexing this was.) Not a big passer? No problem. If you sat idly in front of him he would latch onto your lapel, wiggle in a hook, and before you could say, “WTF” he’d be spinning under your legs on his way to your back.

Over time, his dedication to the sport proved to be unwavering. He spends countless hours on the mats, followed up by watching and analyzing his favorite athletes like Leandro Lo and the Mendes brothers. He slowly began mastering the many intricacies and variations of the Berimbolo, mainly on his own, and has been using them to terrorize his friends from the community as well as any gringo that passes through the academy. Even on the days when high fevers or colds keep him from training, you can find him curled up in the corner watching training. There´s no secret as to why no one can pass his guard.

“So how do you do it?” I asked Arthur Cantu, a purple belt from California who I often find hanging out in the favela with Tererê or Professor Nogueira. Arthur was dubbed Miyao for his short stature and similar style on the mats, so I figured he would be the best person to shed some light on passing the perplexing Berimbolo guard. 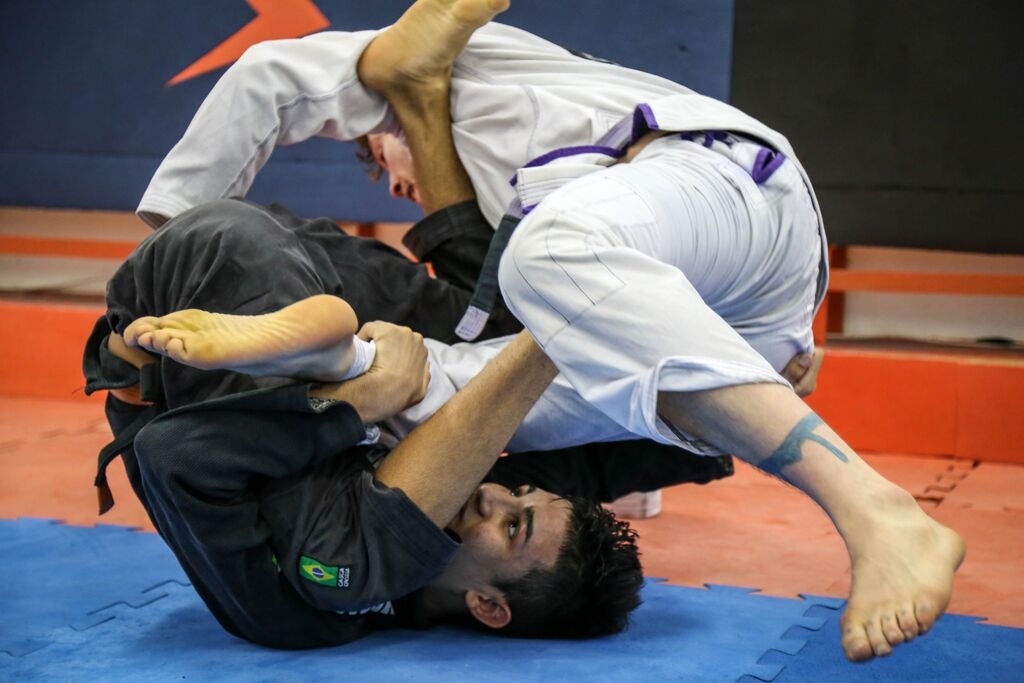 “I don´t know if I can answer that question because I never did! The idea would be to control his hips, don´t allow his grips, and attack first”, he advised.

I later found out that before traveling back to California, Arthur had actually asked for a private class!  Not only did he pay for Moicano´s time and expertise, when I got in touch to check my facts, he not only confirmed he told me he still uses what he learned every day.

As the time passed, more and more gringos found themselves vying hopelessly against Moicano’s grips and hooks. His guard became renowned for its impassibility and we started joking around with visitors that we would wave the drop in fee for anyone that could pass his guard. Over the last two years Tererê Kids Project has been sponsoring Moicano and in return for sponsorship he provides monthly updates that include blogs, videos from training, and pictures from competition. When I sit down with him to film techniques or conduct interviews I´m always surprised by his level of professionalism. Not only does he always respond to texts, emails, and Facebook messages with whatever I need, he often one-ups me.

<Can I compete next month? There are cash prizes>
<I need a food sponsor! Can you print my resume for me?>
<Nico, My profile is missing competitions>
<Nico…. Nico!.... NICO!!!>

<Are you at school right now? Why are you texting me from school?> 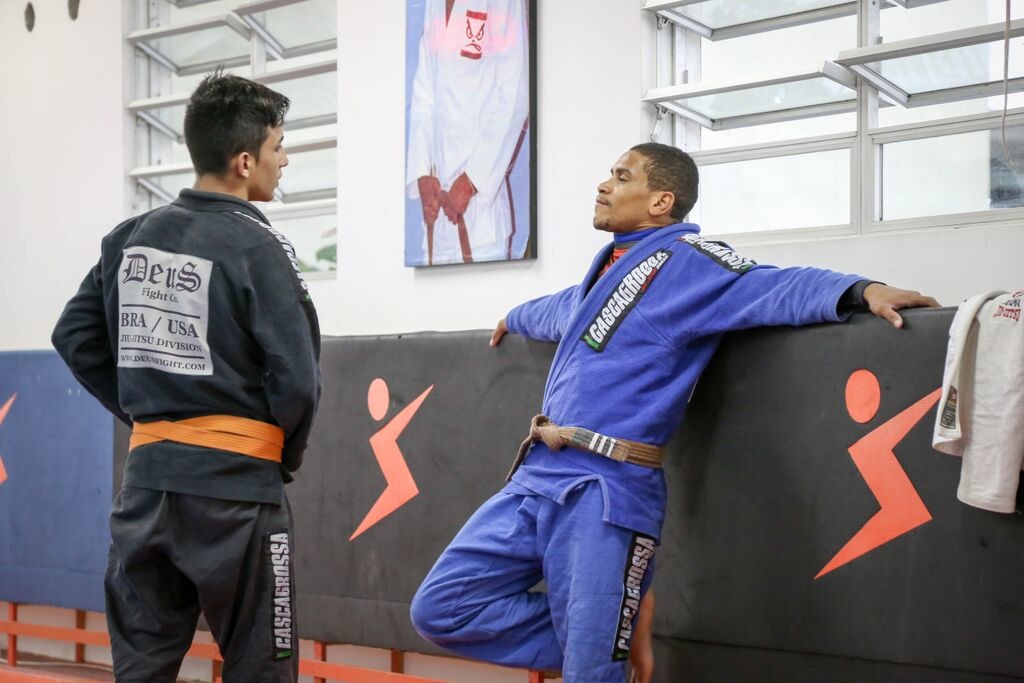 Recently we have been focusing on finding the right balance between academics and training. His strenuous training and competition schedule has started taking a toll on his attendance causing him to be “grounded” for some competitions. In Brazil, school days are only four hours long and students can opt for a morning, afternoon, or evening classes. Moicano studies in the afternoon which leaves him free to train in both the morning and evening sessions at the academy. On top of training BJJ, he wakes up at 5:30 A.M. two days a week to catch the metro downtown for conditioning. Afterwards he pops up at the project to check in with Fabricio Da Silva, his mentor and instructor of the morning class.

<Don´t you think you should relax a little maybe?” I asked him one day after reading an article about burnout in athletes. “You know, let your body recover and focus on your grades.>

<Nico, I can´t. While I study, my opponent is training.>

I smiled and couldn´t help but be proud. Some days I´m not sure who is working for whom. As with most things in the favela, hierarchies give way to friendships and familiar bonds. There is no manual or set way of doing things.  Our roles and responsibilities are always adapting to transient circumstances. Students that paid the bills one month disappear as quickly as they come and training partners that were there to push you one day turn to drugs and crime the next.

I recently asked Moicano about a yellow belt that had suddenly stopped training. He was always helping out with the younger kids and competing on the weekends so I was surprised at his absence. When I approached him about it, he just shrugged apologetically and explained that he, like several other kids that I´ve met while working at the project, just lost interest and started hanging out with the local gangs. 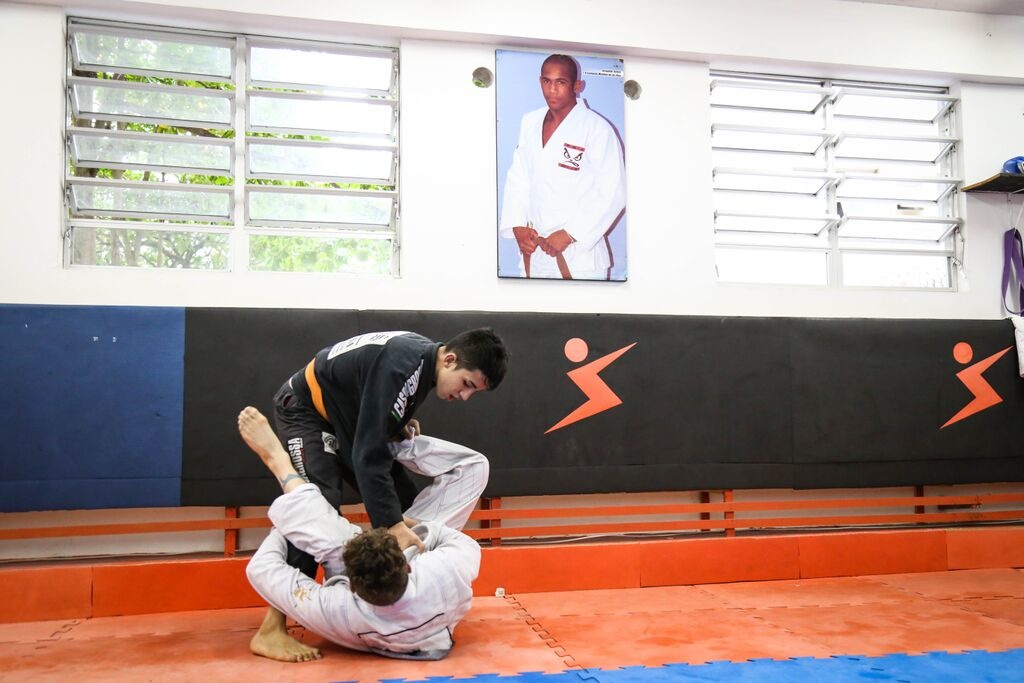 Thankfully for Moicano, jiu jitsu has kept him from the wrong crowd.  Slowly but surely his hard work is starting to pay off and more opportunities are starting to materialize. Competitions are expensive, and for a lot of kids that come from poor communities, being able to gain the experience needed to compete in major events like IBJJF Brazilian Nationals or Pan Kids is financially impossible. Jhoanthan is no exception. He lives in the Cantagalo favela with his mother and older sister and extraneous expenses like competition fees just don´t fit into their monthly budget. Before Tererê Kid´s Project, Moicano just trained for the fun of it. Now, not only does he receive monthly support from England that lets him compete 2-3 times a month, he is learning to manage himself as a professional athlete. He has been working on his own to secure local sponsorships for food and supplements to complement his training. His mentality has changed a lot over the past two years. Normally he tries to compete as much as humanely (and fiscally) possible, but recently he opted to compete less in order to save his monthly sponsorship to pay for his passport. Delayed gratification, however, does not come as easy to him as the Berimbolo, and I still find my phone constantly assailed with messages about local competitions and injuries about sponsorships from abroad.

<Hey! We should start a campaign: Path to Pan Kids! I´m sure that guy from Germany would help out!>

He really is one of the most dedicated people that I know.

Keep up with Moicano by checking out his profile at Terere Kids Project.