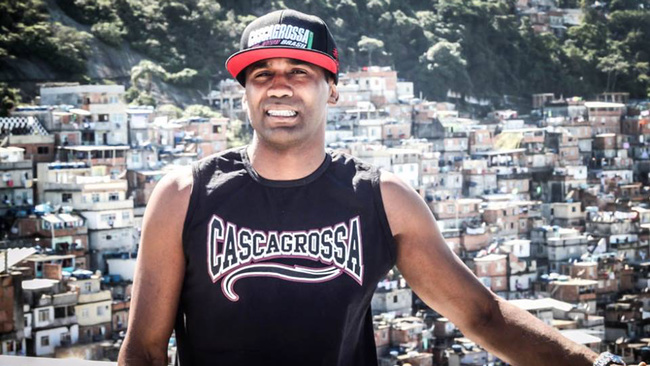 “Oi!! Lutadora!” He called out behind me as I absentmindedly weaved my way through the labyrinth like passageways that comprise the Cantagalo favela on my way to open up Tererê Kids Project. I pulled the headphones from my ears and turned around to confront my interlocutor. I was met by a circle of faces ranging from semi-familiar “corner boys” to completely unknown faces that I could only assume were in the upper echelons of the local drug trade. I had no idea who this particular person was, but then again, I´m not unused to complete strangers approaching me in search of money, kimonos, or competition fees. It was too early for my caffeine cocktail of coffee, thermogenics, and pre-training to have fully infiltrated my system, so it took a few seconds for his words to seep in and find meaning. As verb conjugations and direct objects began to fall into place to form intelligible sentences in my head, he began to approach me.

“Ey ai”, I replied, eying him curiously as he juggled two cellphones, an early morning joint, and what appeared to be a Glock 9 in his hands. Since moving to the favela I have learned to communicate in their form of Portuguese, mixing common neighborhood slang with primitive grunts and hand motions in order to blend in with the cria, the people born and raised in the favela. When I first moved to the favela, I used to don a Tererê T-shirt any time that I ventured into unknown territory. It was a joke between Gringos that these shirts were like bullet proof vests, a form of protection notifying drug dealers and police alike as to why you were intruding upon their territory. After a while, my need for these t-shirt began to diminish; I became known as the “lutadora”, the fighter, or the “patrocinadora”, the sponsor, and my presence in the favela became commonplace and curious glances were replaced by courteous greetings and inquiries about training.

“Birrinho”, he repeated, “Did he fight yet?”

He was referring to Fabricio Silva, Tererê´s cousin and the instructor at Tererê Kids Project. He was currently traveling for an IBJJF competition, which was why I was heading down to open the project in the first place.

“No, not yet, he fights tomorrow”, I informed him. He followed this up by asking about Tererê. 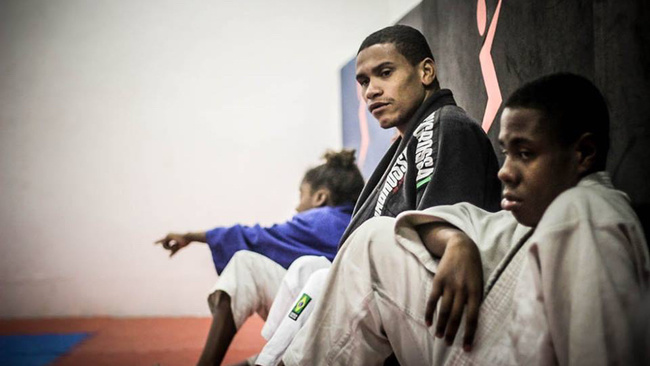 The mention of Tererê´s name jarred several other semi-familiar faces from their weed induced trance. Their expressions began to change from stoic grimaces to puerile smiles as they delved into childhood memories.

“Man I used to train with Tererê, I was an orange belt”, one of them reminisced. “Man we would go to tournaments in Tijuca Tennis Club and I would destroy people! I´m definitely going to go back to roll with Tererê some time, you have a kimono for me?”

One by one they began to chime in with anecdotes about Tererê until they were all riled up and starting to pummel and shove each other. The majority of them sported worn sandals and basketball shorts that sagged with the weight of their walkie-talkies and/or guns. They were shirtless; revealing bare chests, gaunt frames and ribs exposed from malnutrition. They were adorned with prison style tattoos and a tapestry of scars that detailed the struggles that life had brought them from a young age. Struggles that have pulled most of them away from school and jiu jitsu and lead them into the gang life. Although more than one of them was armed, they were not dangerous people. They were kids who were systematically marginalized and deprived of the opportunities and the education that would allow them to provide for their families. Commando Vermelho (Red Command), the local gang, pays a consistent salary that is double the minimum wage allotted by the government. For someone that can´t read, can´t write, and has no vocational training, being a look out for dealers is one of the only viable options they have to support their families.

I looked them over in awe as they retold stories from past tournaments, reliving each miniscule detail as if it were yesterday. They enthusiastically told me about every sweep, guard pass, and submission that they landed, savoring every instant of these almost forgotten triumphs. The memories of their successes and defeats on the mats seemed to be engrained in their head, like hidden traces of their once unlimited potential they were noticeably more relaxed and at ease as they let themselves be transported back in time. They appeared to preserve their victories on the mats along with other cherished memories somewhere deep inside themselves where they would remain intact and untainted by the drug use, police violence, and gang rivalries that is their current reality. 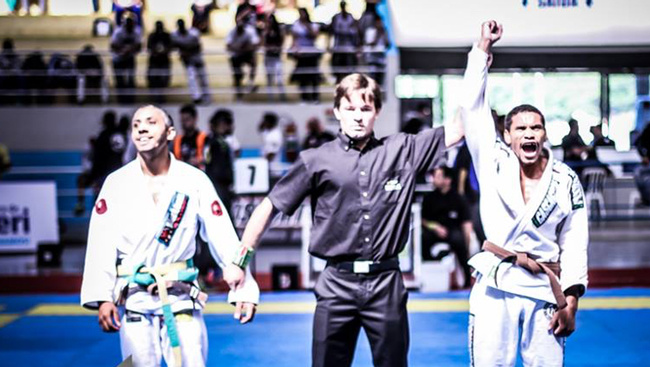 Tererê is known worldwide as a legend of the jiu jitsu scene, but to see the transformation that his name caused in this group of common, everyday “bandidos” was further affirmation of the impact that he had, no, the impact he has on the lives of those around him.

Tererê contributes his success in jiu jitsu to growing up in this kind of abrasive environment. Fighting, he says, is in his blood, nothing was given to him, he had to go out and take it. Gracie jiu jitsu opened the doors to a whole new world for him and now he wants to give back to the community that helped raise him and forge him into the World Champion that he is today. Some academies have everything they need to produce high-caliber beasts like Buchecha or Rodolfo. Athletes from major competition teams like Nova Uniao, GF team, and Checkmat have personal trainers, nutritionists, weight rooms, and a network of sparring partners that look like they came charging out of the 300 movie to help culpt themselves into jiu jitsu gods.

Athletes from the favela, on the other hand, have to overcome numerous obstacles to even make it to the mats. In order for people like Tererê to become a World Champion, he had to fight against poverty, gang violence, police brutality, and drug addiction. In a conversation with Budo Jake, he confessed that there had been points in his life where he thought he would never defeat his drug addiction, that he would never speak English again, or leave the confines of the favela, let alone the country. But his teachers like Alliance black belt Gigi and vest friend Elan Santiago never lost faith in him. The jiu jitsu community supported him and the sport helped him beat his addiction and deal with the resulting mental illnesses. Athletes from social projects like Tererê´s, have used or no kimonos, they use cement weights in rundown cement soccer fields to bulk up. Instead of proper diet and a constant intake of Protein, BCAA, and other supplements, they rely on “government cheese” and fast food to fuel late night and early morning trainings that are squeezed in between strenuous work schedules and family obligations.

Despite these obstacles, athletes like Fabricio look up to Tererê and follow his example, using jiu jitsu as a means to extricate themselves from the grips of gang violence and drug addiction. Before becoming a teacher in Tererê Kids Project, Fabricio used to park cars and do other menial tasks, working long hours and making less than minimal wage (US $266 per month). Now, Fabricio dedicates his time to developing the young athletes from the Cantagalo community. They train together, they live together, and they learn to overcome the obstacles that are inherent in their everyday lives. In the favela, jiu jitsu isn´t just a sport or a pastime, it’s a coping mechanism. It’s a gateway drug to a better life. Climbing to the top of the podium is a high that they carry with them forever. For some kids, Favela jiu jitsu is their last chance, their opportunity to prove to the world that being “Favelado” isn´t synonymous with poverty and violence, it’s about fighting, about never giving up, and about obliterating all obstacles in order to realize your full potential.

Find out more about Tererê Kids Project and how you can support the kids of the Cantagalo Favela here.