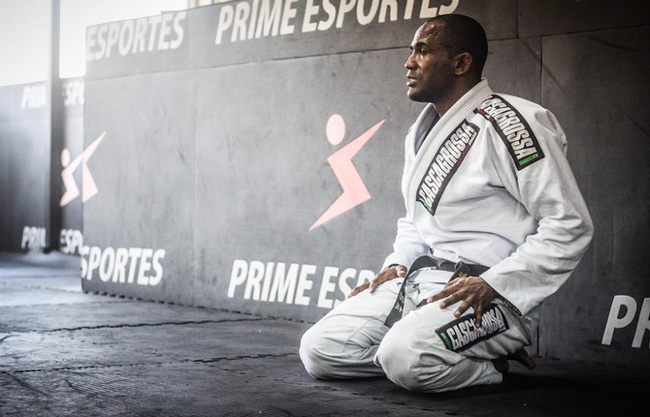 Tererê giving a Seminar at Half Half Academy in Sao Paulo.

Hailing from the slums of Rio de Janeiro, life for Fernando Tererê was replete with problems from a young age. Before the police occupation of the favelas that started in 2009, drug dealers imposed “Favela law”, using violence to maintain order in the slums located a few blocks from the picturesque Copacabana beaches. Shootouts between opposing factions were commonplace and minor crimes such as theft were punished by decapitation and public display of limbs on walls that were adorned with bullet holes and gang tags. This kind of violence is a breeding ground for developmental or behavioral problems like depression, anxiety, or PTSD. These problems often go unnoticed and undiagnosed in poor communities.

Instead of receiving treatment or help for coping with the violence that has permeated their lives from an early age, kid’s unruly behavior and academic shortcomings go unchecked, forging an army of volatile teenagers unequipped with the skills they need to succeed in life.

What options in life are there for a fifteen year old and who can’t read, can’t write, who never finished school, and is already a veteran in the drug game? What about for a 19-year-old with no high school diploma, three young daughters to take care of, and three “baby’s mommas” to pay? These are not rhetorical questions, nor are they hypothetical situations. These are the realities that I’m confronted with on a daily basis since I started living here in Cantagalo.

Kids from the favela are not allotted many opportunities in life. Suffering from major socio-economic disadvantages, in combination with the exposure to violence and lack of education, most kids that grew up with Tererê are dead or in jail. Few have left the confines of the Favela, let alone been exposed to different countries and different cultures. Projects that are run in communities, often times by community members, are one of the few support systems for these kids considering government funding is habitually funneled away from education and recreational programs and directed towards funding an armored tank battalion for favela  pacification operations in preparation for the Olympics. 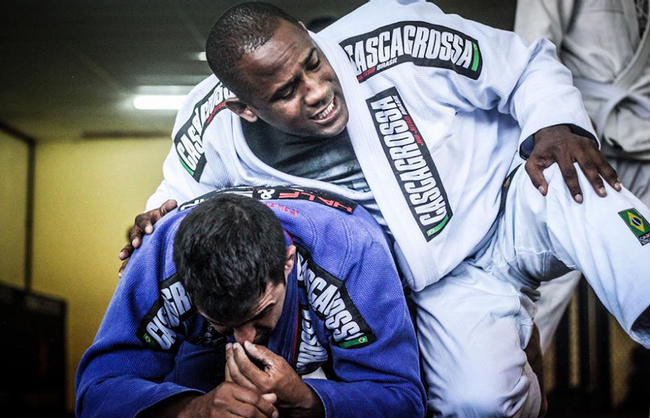 Tererê, attributes his success in life to Gracie Jiu Jitsu. His involvement in the sport as a student and later as the founder of the first Jiu Jitsu social project in the Favela of Cantagalo, Pavao, Pavaozinho (PPG), was his salvation, not only as a small kid coping with a violent environment, but also as an adult, battling against schizophrenia and drug addiction. Local social projects offer a support system for kids in the slums of Rio, especially in marginalized communities where public policy and educational organizations fall short. As government administrations change, so do resources allocated to NGOs or other social programs. Many government-sponsored programs have transient funds, secured through personal connections in the government. These programs merely create ephemeral solutions that soon pass, leaving a void in the lives of the kids and the community and failing to create meaningful change.

For Tererê, Gracie Jiu Jitsu was a way to escape the violence that inundated the then un-pacified favela of Cantagalo. He was one of the first kids from the community to be introduced to Jiu Jitsu, and within a short period of time, he exceled in the sport making a name for himself based on his aggressive style of fighting. He began to get international attention at the precocious age of 19, traveling to the US, Europe, and Japan to compete in the top BJJ competitions. In true rags to riches fashion, he returned triumphantly to the community where he was raised with gold medals around his neck and money in the bank. 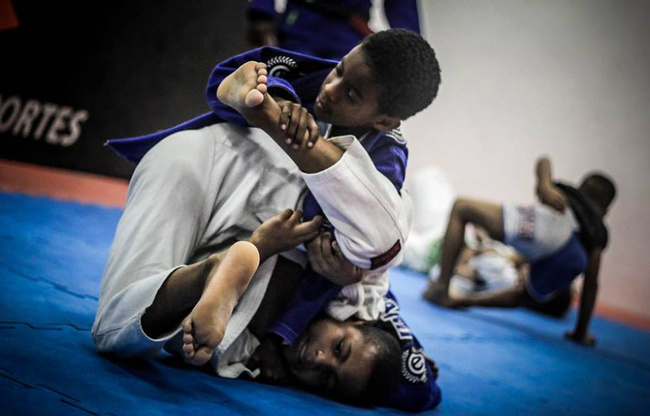 Money is nothing though, how you flip it is everything, and for Tererê it was adherence to this golden rule of hustling that solidified his fame in the BJJ world and made him the legend that he is today. Instead of spending his money on clubs, girls, or drugs, like most teens his age might have done, he invested it into his community and the sport that saved his life.

In 2000, as a blue belt, Tererê founded Amigos Do Morro, the first Jiu Jitus social project in the favela of Cantagalo, Pavao, Pavaozinho (PPG). It was in this run down academy with second hand mats, holes in the wall, and no running water that BJJ stars like Jackson Souza, Michel Langhi, Alan Finfou, and Ricardo Viera began their ascent to greatness. It was also there that the charismatic Terere found his passion for teaching. Terere’s personality attracted people to him and he had a natural talent for recognizing raw talent like in the case of stars like Cobrinha.  It was his dedication to his students, to his family, and to his community that kept his name alive, even during the 6 years that he struggle with undiagnosed schizophrenia and drug addiction.

Now 14 years later, Tererê's legacy in the favela remains intact, despite his struggles .Amigos Do Morro, now Academia Fernando Tererê or Tererê Kids Project, is still thriving and providing free BJJ classes for the residents of the Cantagalo favela.

Tererê is a legend, not because of his aggressive style on the mats, but because of his undefeatable spirit and because he dedicated himself to elevating those around him. His social work in the community equips the marginalized with a skill set that they can use to cope with the violence environment that surrounds them. He inspires them not just to survive in life, but also to succeed, to try, to fail, but to never give up. 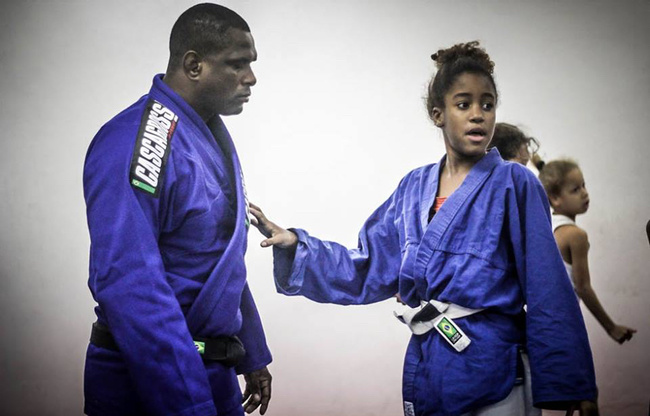 Professor Nogueira going over takedowns with one of the girls from the project.

At Tererê Kids Project, ten year olds that can barely read or write are learning to speak English with gringos that come to train at the academy. Eight-year-old girls are learning about self-confidence and their partners that roll with them are learning to respect women. Thirteen year olds who were always skipping school are writing page long essays about their experiences in competitions or what life in the favela is like. Fifteen year olds with their heart set on traveling to compete in IBJJF Worlds are learning to write resumes and market themselves to potential sponsors in a professional manner.

Together they are learning to run an academy, to live as a community, and to take on life as a team. Kids who once saw their lives limited to the drug game, welfare, or parking cars for less than minimum wage are dreaming about traveling the world and owning their own businesses.

If there’s one thing that I’ve learned from living in the slums, it’s that all the little efforts count. Big policies don’t save lives, small projects do.

Check out TerereKidsProject.com to learn more about the work that we do here with the kids from the Cantagalo Favela.