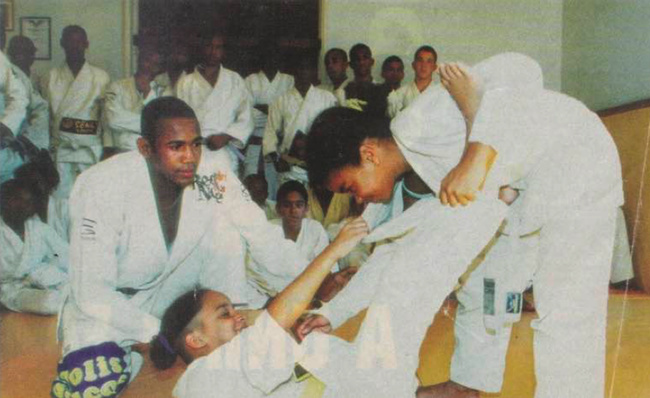 This month’s dispatch is taking a step back from the normal, “edgy” material to take give a much needed history lesson on the social work that jiu jitsu legend Fernando Tererê has been doing in the favelas of Rio de Janeiro. I say much needed because, while most people know about Tererê’s explosive guard passes and his charismatic personality, few people are privy to his philanthropic side. You would, however, be hard pressed to walk through the favela without seeing someone wearing a Tererê T-shirt totting cement sacks or store owners clearing off sidewalks while rocking Cascagrossa snapbacks. Tererê generally avoids conversations that touch on his past, which is natural considering the trauma he experienced growing up in the unpacified favelas of Rio and later suffering from an undiagnosed mental illness. Tererê’s upbringing is somewhat of a mystery, especially for English speakers that didn’t grow up with Tererê. This dispatch is woven together pieces of comments made by close friends, memories retold by family, and scraps of faded news papers tucked away in dust covered binders. To the readers, it may not be as raw and heart wrenching as the other dispatches, but to the people that lived it, the story of the social project is the story of their struggles and triumphs. 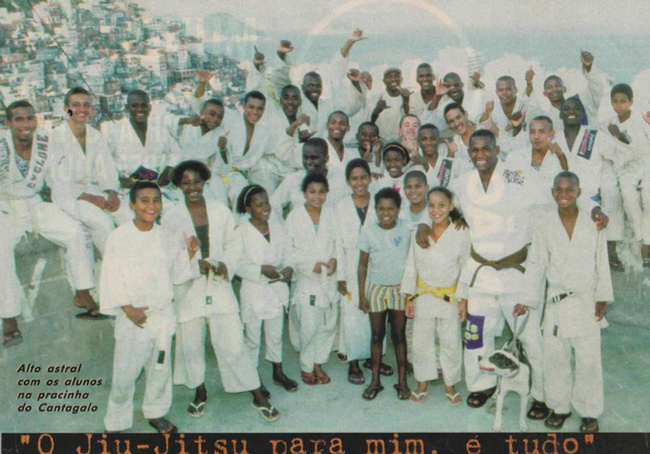 “Jiu Jitsu, to me, is everything”

Fernando Tererê is a legend in the world of Jiu Jitsu. Not only is he known for his incomparable style, but also for being one of the most charismatic fighters that ever entered the mats!

He contributes his success in the sport to the fact that, as a kid from the favela, he grew up with fighting in his blood. His explosive style on and off the mats gained fame and international attention at an early age. In 1997, he won his first World title as a blue belt. From there, he would go on to win the World title at every belt from blue to black and is now a 5x World Champion.

It’s a known fact that in addition to being one of the best fighters of his time, Tererê also helped form some of the biggest names in Jiu Jitsu scene today. Fighters like Andre Galvao (Atos), Cobrinha (Alliance), Michael Langi (Alliance) and Lucas Lepri (Alliance) all passed through the hands of Tererê.

What is less known is the role that Tererê had in opening the doors to Jiu jitsu to the underprivileged kids of the Cantagalo favela. Many athletes, like Jackson Sousa (Checkmat), Leandro Martins (Checkmat), Alan Finfu (Checkmat), and Ricardo Viera (Checkmat) got their first taste of Jiu jitsu training in Tererê’s make shift social project, high above the posh Copacabana beaches.

Tererê started the project because he wanted to provide a safe environment for the kids of the favela. Thanks to the support of the jiu jitsu community, he has been able to keep this dream alive for over 10 years. 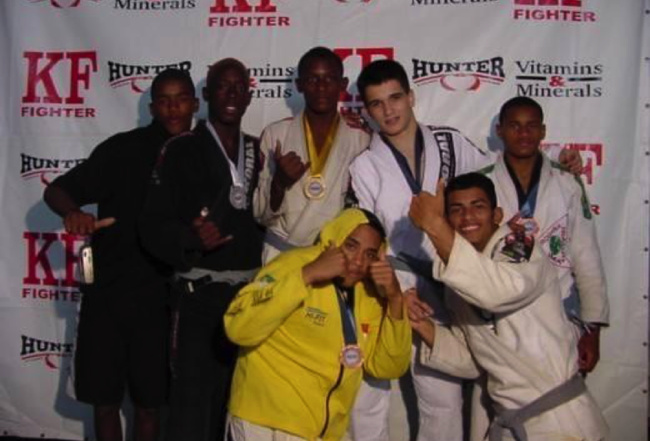 The first social project, Amigos do Morro (Friends of the hill), was opened in 2000 when Tererê was still a blue belt. Tererê found a sponsor to donate mats and acquired uniforms so that the kids from the community where he was raised would also have an opportunity to be introduced to Gracie Jiu Jitsu, the sport that saved his life. While most young people that come into fame might waste their money on material things, Tererê fought to provide an alternative to the violence that plagued the streets of the unpacified Cantagalo, Pavao, Pavaozinho favelas. 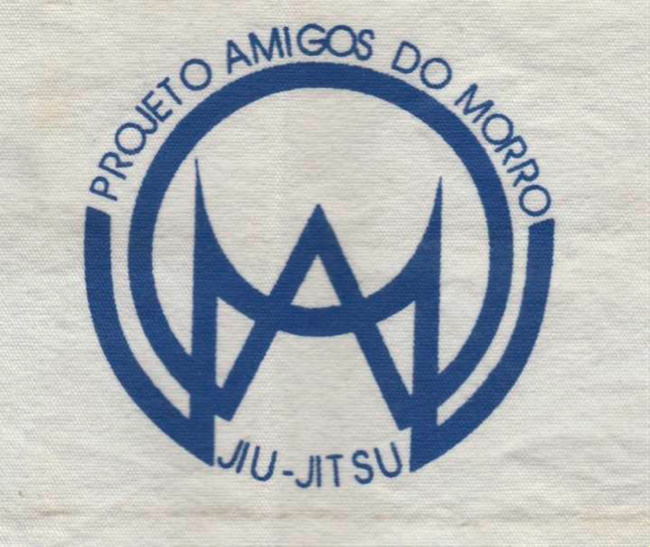 The patch from the first social project in Cantgalo/ Pavao/ Pavaozinho

Amigos do Morro was a small project furnished with second hand mats, bare brick walls, and no running water to flush the toilets. Tererê earned the money to rebuild the social project from the winnings he earned competing in local tournaments. Back in the day, some jiu jitsu federations gave cash prizes and these cash prizes became big incentives for kids from the favela who saw the winnings as an important source of income. It was this vital detail that would later cause Tererê to break from Alliance and form his own team alongside Eduardo Telles.

When Tererê moved to Sao Paulo in to open TT, he left the social project in the hands of Debola (Alliance) and his cousin Leandro Martins (CheckMat). With the help of his friends and money obtained from teaching and competing out of Sao Paulo, Amigos do Morro provided free jiu jitsu classes from 2000-2004. In 2004, when Tererê left the jiu jitsu scene, the social project divided but it did not disappear. Instead, teachers split and the various projects that still exist here today were formed.

In 2010, Terere reopened the social project. After a short tour in Europe doing seminars, Terere returned home and invested his winnings in remodeling the run down space at the base of the Cangagalo favela.

With a lot of hard work from Terere and faithful friends, Amigos do Morro, converted into Academia Fernando Terere. The cement walls were patched up and finished, running water was installed, and new mats were donated to finish off the remodeling. By 2013, Amigos de Morro transformed into a whole new academy, once again offering free jiu jitsu classes to the residents of the Cantagalo favela.

Major changed started happening in 2014. Terere began to get more exposure via sources like Budovideos and BJJ Hacks, who came to spend time and film at the academy. More exposure meant more help and ideas from the international community. It was all a matter of gaining visibility.

The project took on the name Terere Kids Project in 2014 when it began an social media based initiative to help finance athletes pay to compete in local tournaments. The site began sharing pictures and stories from the project on a blog. The site also included profiles with BJJ resumes for all of the kids that compete. Little by little, interest was sparked in the international community and donations and jiu jitsu enthusiasts started pouring in from all over the world. Kimonos from Wales, Patches from California, T-shirts from Poland, and groups of blue belts from France totting bags full of clothes began to fill the mats of the small academy nestled at the base of the Cantagalo favela. Kids that once limited their dreams to the confines of their community are now rolling on the mats with psychologists from Argentina, Doctors from Italy, and gym owners from England.

Visit the website to find out more about the Project and find out how you can help.