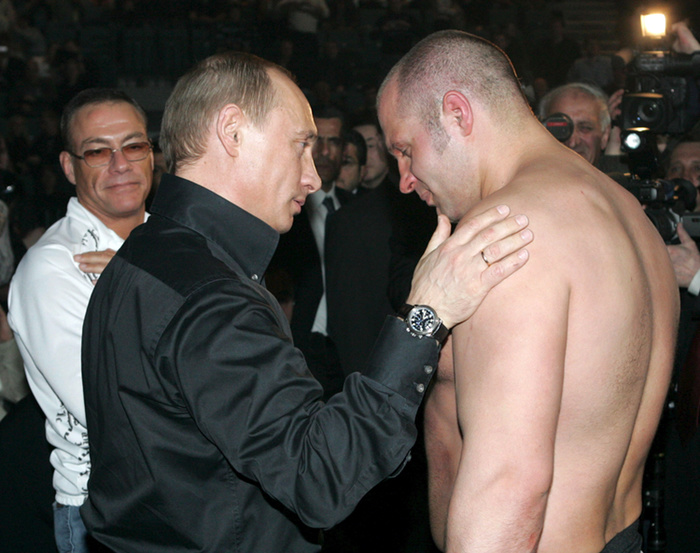 It’s official: After three years in the wilderness Fedor Emelianenko will return to MMA not with a bang but with a whimper.

Rumors had been swirling for months that the one-time greatest in the world would be coming back on New Year’s Eve to face an unknown Indian kickboxer, but no one really believed them. We all held out hope. Surely a legacy as great as Fedor Emelianenko’s deserved something more … substantial. But the rumors have become fact: Fedor won’t be coming out of retirement to fight Randy Couture or Cain Velasquez or to get revenge on Fabricio Werdum, the man who killed the Emelianenko myth of invincibility, or Bigfoot Silva, the man who buried it. No, the Last Emperor, the greatest who ever was, the very embodiment of combat perfection, will be fighting someone named Jaideep Singh, and it couldn’t matter less. Not to Fedor’s fellow fighters, not to MMA fans, not to MMA history, and not to me, whose love for Emelianenko used to know no bounds.

Perhaps the only man who cares at this point, aside from Fedor and Singh, is Russian President Vladimir Putin, who has imbued Fedor with a mythic power, making the fighter a major player in the epic nationalist saga playing out in his brain: The one that says that Putin and Russia are paragons of strength and masculinity in a weak and feminized world, and that Fedor Emelianenko is their representative. But the problem with the myth of male fortitude and indestructibility is that it can bear no questioning, can suffer no losses or retreats. You have to keep feeding the myth, both to convince the world of your country’s might and to assure your people (and yourself) of your own.

And now a new video promotional released on Spike TV has all but confirmed what I had assumed all along: that Putin is the guy pulling the strings behind Fedor’s return. Bellator MMA President Scott Coker says that Fedor told him before he made the decision to come back to MMA earlier this year that he “had to go ask Vladimir for permission.” Of course he did. And no doubt Putin had something to do with Jaideep Singh getting the call as well. Vladimir Putin is no fool: He knows how to perpetuate a myth. And rule one is: minimize risk. 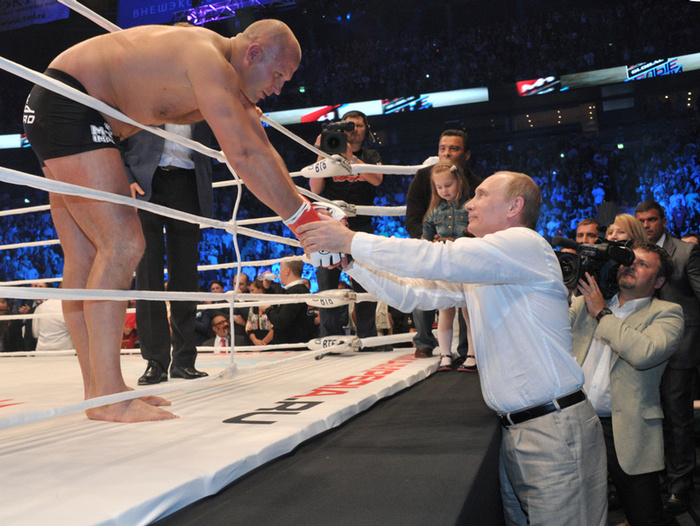 The more I hear about the return of Fedor Emelianenko the more the whole thing feels less like a fight and more like political theater, like propaganda, like a giant salve for Putin’s ego and a fairy tale designed to affirm a country’s most-cherished notions about itself. Fedor Emelianenko’s New Year’s Eve return isn’t an MMA fight; it’s just one more battlefield in an endless war raging in Vladimir Putin’s megalomaniacal little heart.

Bogged down in Ukraine, mired in Syria, haunted by the thought of a plane shot down over Turkey, Putin’s man myth needs a jolt. Which is why he puts so much faith in Fedor Emelianenko, the man who was unbeaten and unbeatable for an entire decade in the world’s most dangerous (and, at the time, manliest) sport: the very embodiment of the Russian fighting spirit, a god come to earth. The three years of Emelianenko’s retirement were dark ones for the myth of the unbreakable Russian male in MMA, and Putin can’t handle any more darkness; and he can’t have the country’s heroic ideal returning to fighting only to come out a loser, not at this sensitive moment in Russian history. No wonder Emelianenko, who’s on record saying he’s returning to fighting in order to “glorify” Russia and to “defend the honor of [his] motherland,” is returning to fight a man who has almost no chance of beating him. You can’t defend your country’s honor when you’re flat on your back. And there was never any way Vladimir Putin was going to let that happen. In his mind, the fate of the world depended on him.

Even Vladimir Putin Is Worried About Fedor Emelianenko's Comeback Fight