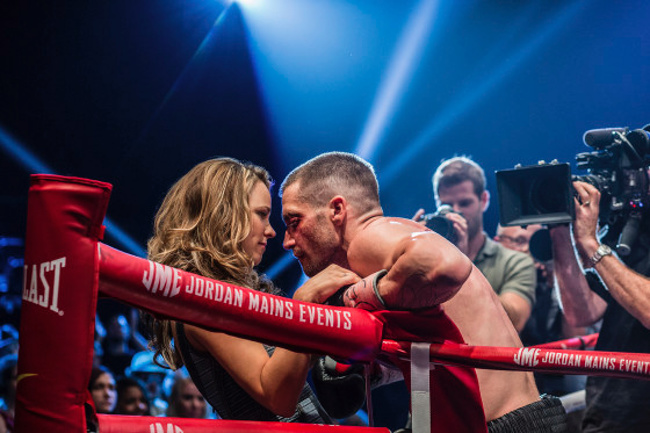 Over the years, I’ve seen my share of fights, and films about fights, so whenever I see boxing appear on the silver screen, one thing I always look for is how the fights in the film compare to the real thing. Rocky, for instance, has some of the most absurd fight scenes I’ve ever seen. Exciting and dramatic, sure, but boxers also don’t actually fight that way.

Going into Southpaw, I wasn’t too sure what to expect. For those unfamiliar with the plot, actor Jake Gyllenhaal plays Billy Hope, the undisputed light heavyweight champ of the world who seemingly made it to the top by brute strength and pure rage alone. His character is somewhat like the Hulk: the angrier he gets, the better he fights. Outside of the ring, Hope has everything going for him – fame, money, a loving family – but through a series of tragic events, finds himself at the bottom and is forced to fight his way back into life. The plot is nothing new for a fight film, but what is perhaps refreshing about this one is its dedication to accurately capturing the environment in which it is set in, and early on it becomes clear that regardless of any opinions on the storyline, it is undeniable that it does in fact take place inside the world of boxing.

First are the characters. Widely publicized is Gyllenhaal’s grueling training regime in preparation for the film to ensure that the actor physically looks and moves like a boxer, and for the most part, the training does the performance justice (for those complaining that Gyllenhaal’s character fights in an orthodox stance despite the movie’s title, just go watch the movie). No doubles are used for the fight scenes, and rounds were reportedly recorded in the full three-minute intervals. Gyllenhaal also does a fantastic job acting, adding in just the right amount of slur to his speech to match that of a boxer who would fight in his character’s style. The seedy elements found in the business of boxing are captured well by Jordan Mains (played by 50 Cent), the money-hungry promoter whose power plays mimic reality. I went to watch the film with my father, and when Mains revealed his plans to promote the protagonist’s rival after Hope’s first loss, my father leaned in and said, “Hey, he’s like that King guy.” My dad is by no means an expert in the sport, but in this instance, he was spot on.

Second is the style of filming. Antonie Fuqua, the director behind the 2001 classic Training Day, is a hobby pugilist as well as a long-time viewer of the sport, and his choice of shots reflects both those facts. The dynamic angles, the sharp sounds, and the jolting close-ups bring the audience inside the fight in an authentic way, and gives a sense that the man directing the action knows what it is to be hit during a boxing match. The film also shows that he knows what it is to watch a boxing match as woven into the action are a number of shots that mimicked how fights are actually broadcast. It even goes as far as to employ the same cameramen who film live fights on HBO.

And cameramen aren’t the only elements imported from the actual fight game. Jim Lampley and Roy Jones call the fights. Tony Weeks referees the action, and David Diamante and Jimmy Lennon Jr. announce the scorecards. The film even bothers to mention the WBC, WBA and IBF belts so the title of “undisputed” is used correctly. And further credit is due to the subtleties in the commentary. In describing the film’s antagonist, Lampley and Jones comment on Colombian fighters being powerful, but overall lacking in skill, a tidbit that is generally true (just look at Edison Miranda or Ricardo Torres) and has been said a number of times on actual HBO telecasts in the past. It’s this kind of attention to detail that takes the film’s authenticity up a notch.

And finally is the film’s portrayal of the boxing gym, the one place where my observations come from a first-hand experience. When the door first opens to Tick Wills’ gym (played by Forest Whitaker), the viewer is immediately greeted by the right sounds, the right gear, and the right sense of sweat that occupies any true boxing gym. And beyond the physical elements, the film captures the right feel. My first gym had a push-up rule to punish foul-language too, and the way Wills speaks and builds the confidence in his pupils is in fact how real boxing gyms do it. When Hope rediscovers his inspiration from befriending one of the younger fighters, that’s real too. Inevitably, boxing gyms are places where people come to find themselves, and if ever lost again, return to find themselves once more.

At its core, Southpaw is a movie about a fighter learning to reform his anger, both inside and outside the ring. “Lose your temper, lose the fight,” is the old boxing adage that resonates throughout the film, and because of the extra attention paid to detail, it is indeed the characters of the fight world that are delivering that message.

How Jake Gyllenhaal Got Into Fighting Shape for 'Southpaw'