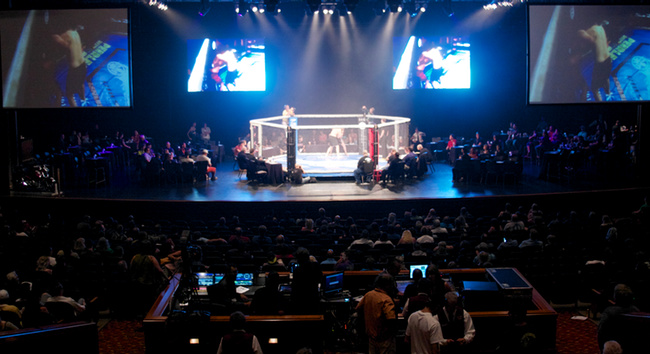 Mystic Lake is the casino of choice for most gamblers in the Twin Cities. It's less than an hour away, in Shakopee, the same spot where The Artist Formerly Known As Prince has his special private getaway venue, Paisley Park. The casino is filled with the same dreary mix of stale cigarette smoke, jangling bells and fading hope you'll find in any gamblers den. In the back is a stage and that's where Driller Promotions and SEG hold their event.

Twenty fights over three or four hours. It's a warrior's pit where no names from small towns leave it all out there for a chance to get that name, to put that small town on the collective mental map. The very first fight between Micah Roberts, who looks like the librarian's assistant, and Sam Khom is just one of those violent flashes and it sets the tone. The rest of the night the drama unfolds. Men lose, men win, corners shout out orders and the crowd claps or jeers or both. 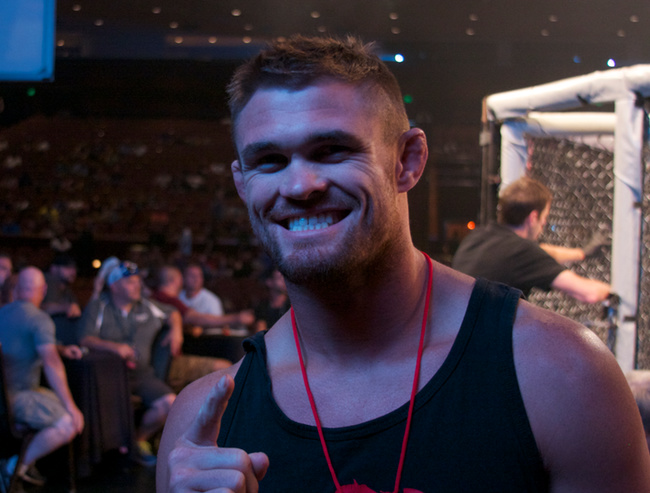 Daron Cruikshank came down from Detroit

I end up sitting next to Mel Ott and Daron Cruikshank for most of the event, in-between trips downstairs to the wrapping rooms and around the cage to snap photos. Mel is part owner of Driller Promotions, his sons help out, the ring girls crowd around him to keep safe. He's earth salt and common sense in a businessman's body, with a shaved pate and a growl to his voice. You wouldn’t know he's the owner, just looking at him sit behind the cage watching the show and calling the occasional shot. Daron tells me about his plans to change weight classes and we both check out Miss Minnesota until she slays the national anthem, after which we can't view her as anything less than a siren. 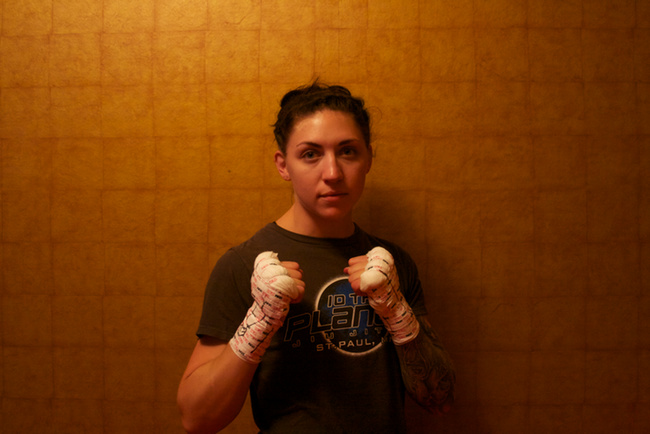 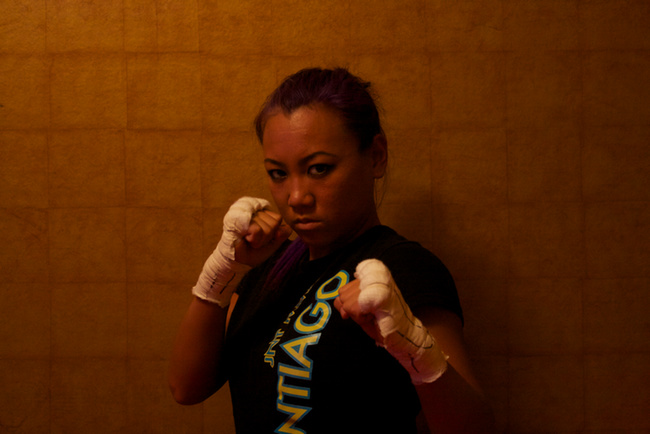 The women fighters end the night. Five fights with the last being a title bout between Linsey Williams and Jessica Fresh. They steal the show, particularly Rashelle Cook vs. Katie Anderson and the WIlliams-Fresh fight.

"I'm so tired," Cook gasps to her corner. "I know you are, but so is she …" If I hadn't heard that I wouldn’t have known, that's how hard they went in the last round, gassed but throwing it all out there. 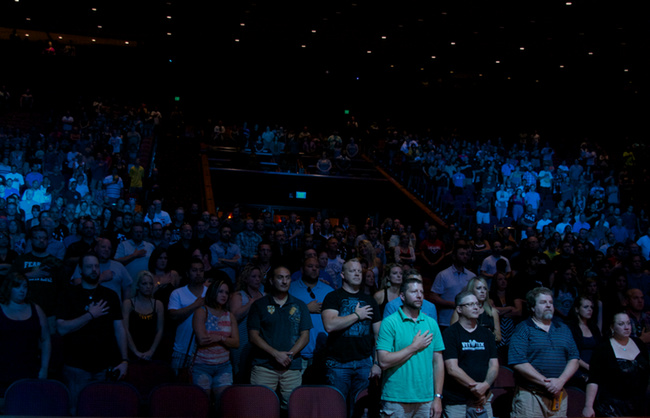 The crowd stands as Miss Minnesota belts out the national anthem 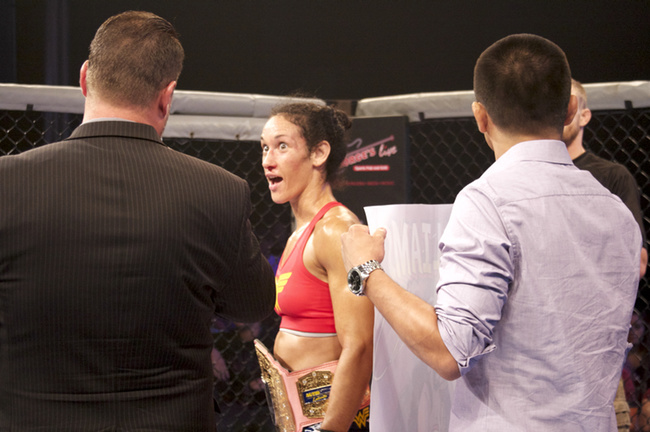 Linsey is a real tough cookie out of Greg Nelson's gym, the Academy. He's a legend around here. She gets caught in an arm bar that looks to have snapped her in half, but Linsey ogre's her way out of it, get's amped, and takes the fight from there. She ends it with an arm bar that elicits an exhausted tap from Jessica Fresh. Fight of the Night.

Linsey gets a Suzuki as well as the belt. Mel Ott grumbles about transferring the belt, but he gets up to do it. His sons run off to handle some business. Daron disappears, the crowd shrinks away, the stage gets dismantled. The casino jangles on, now the high stakes hip hop Blackjack tables ramp up the noise. Fight night at Mystic Lake sweeps like a wind through the tables and some smoke is lifted, before it quickly settles again across the shoulders of Asians and old people and bands of Twin Cities' youth.