Fighters cavorting with "publicity girls" behind the scenes at the Grand Olympic.

Theo Ehret was the house photographer at the Olympic Auditorium in downtown Los Angeles from the mid 1960s until the early 1980s and his evocative work captured the enormous personalities of that era—Muhammad Ali and André the Giant, George Foreman and Roberto Durán, among others. 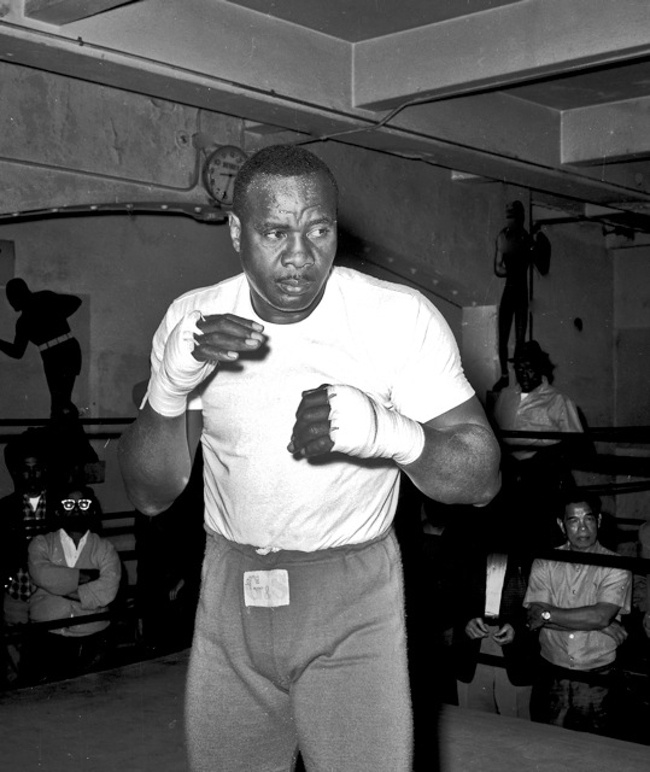 Sonny Liston, ex-heavyweight champion, Mob bag man, and one of the all time greats. 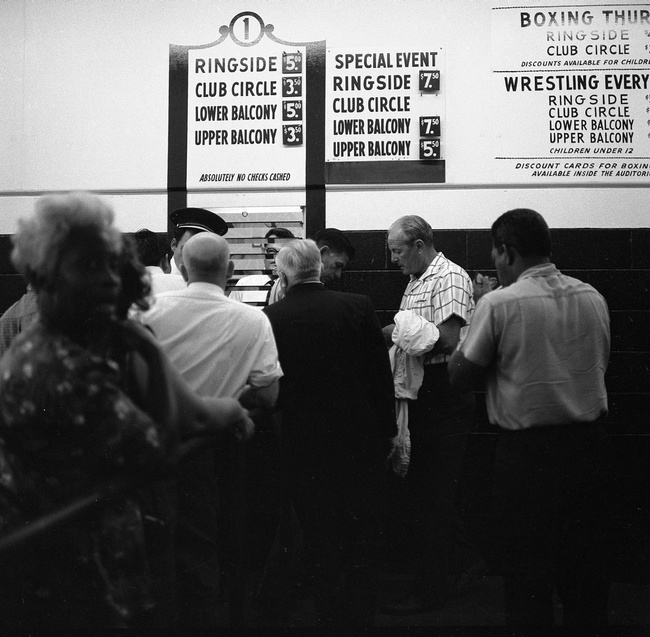 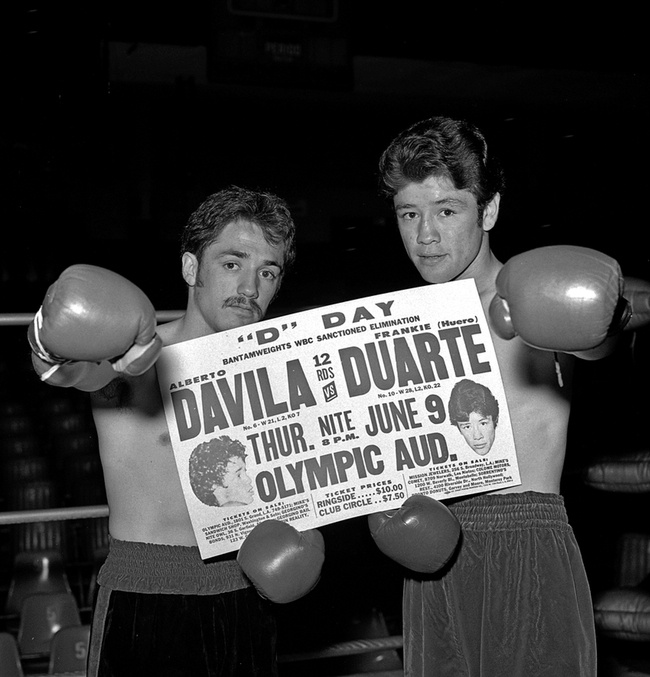 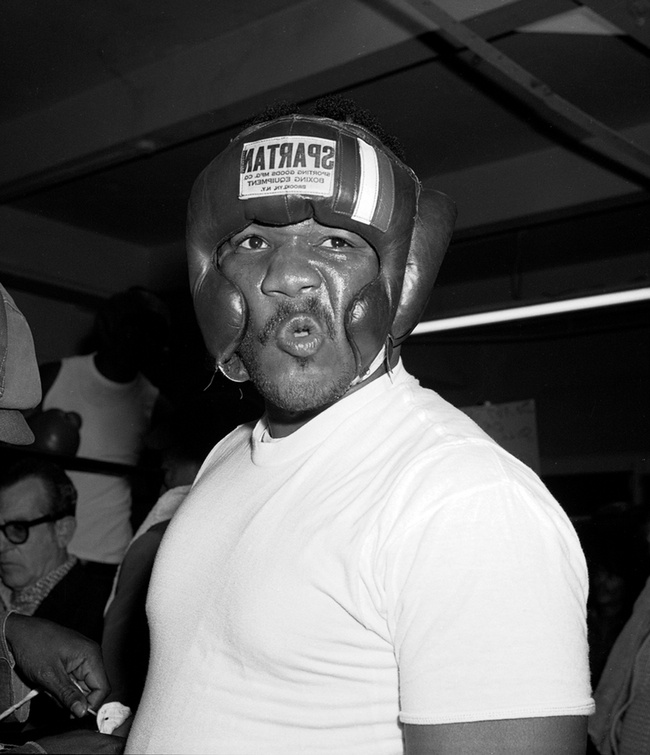 George Foreman at the Main Street Gym, training for the Rumble in the Jungle with Ali in 1974. 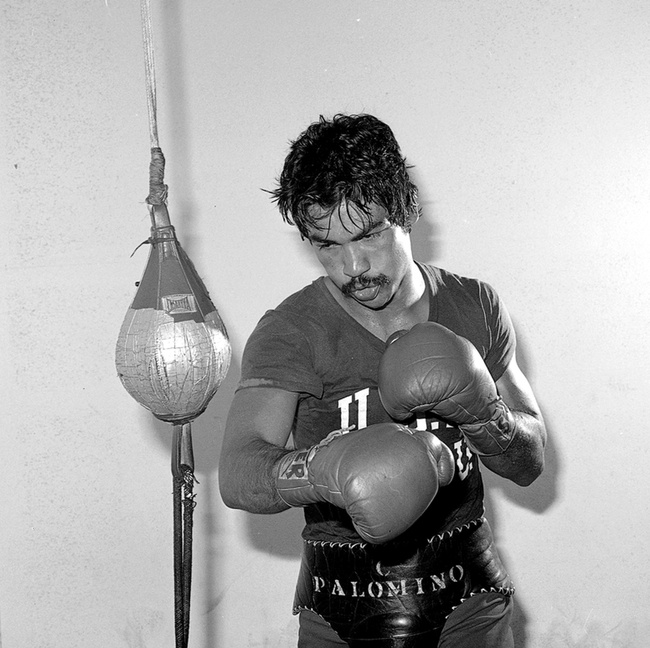 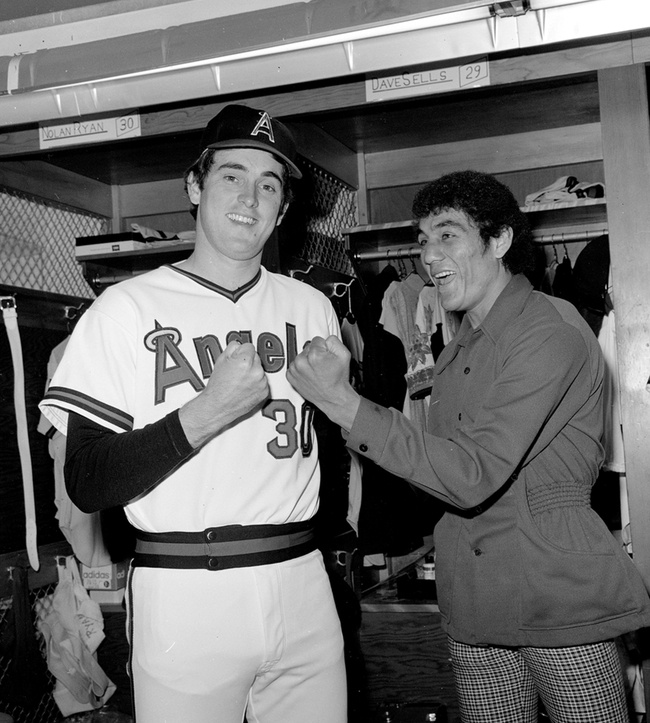 Superstar Angels pitcher Nolan Ryan with Art "Golden Boy" Aragon. He was the original Golden Boy, a well known playboy, and converted to Judaism. What a man. 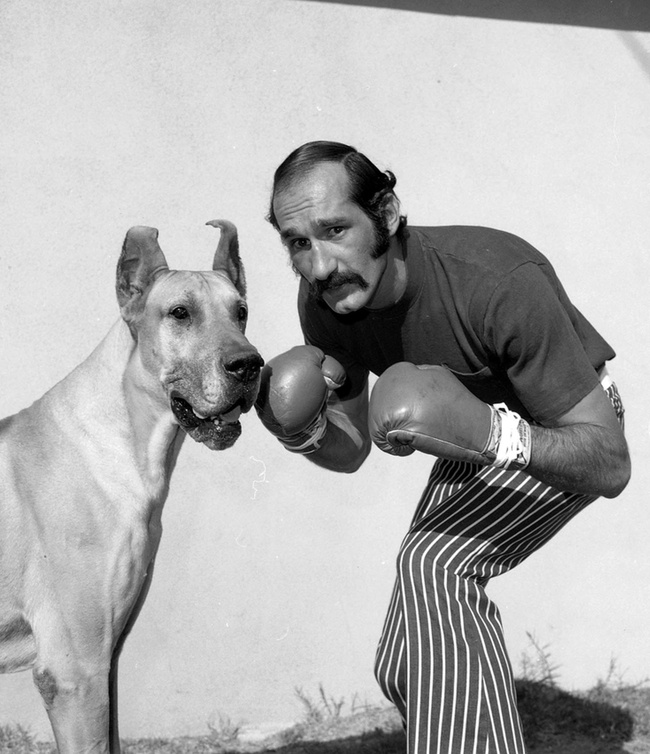 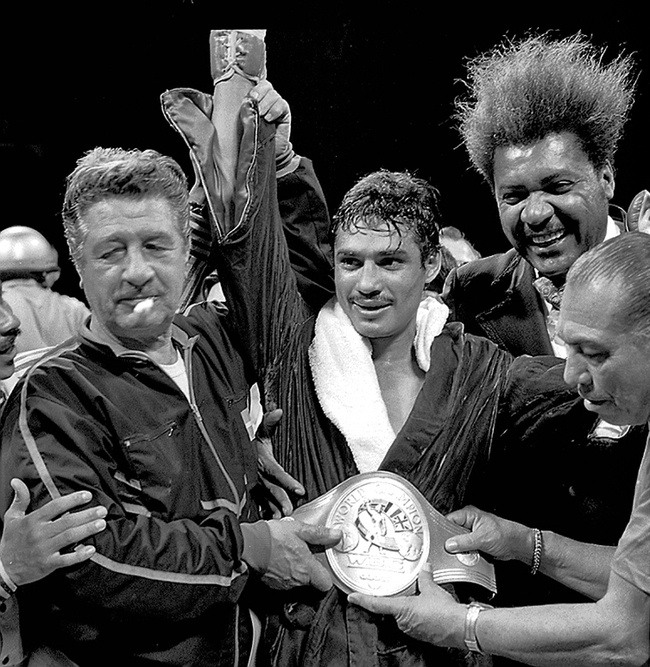 Learn more about Theo Ehret's work on the Vault722 website.