Fighting in the Trance State 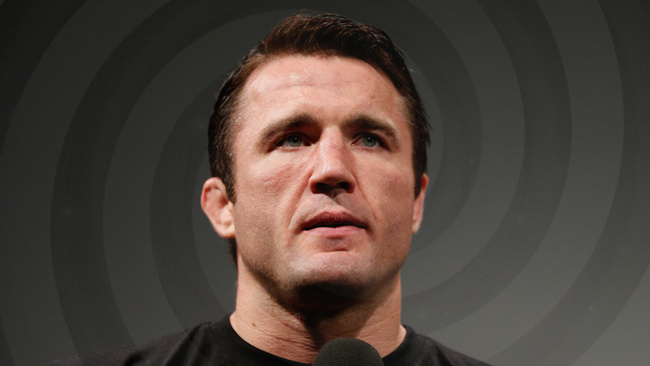 The life and times of Chael P. Sonnen will likely fill more than one book in due course. The contents of one chapter remain under wraps as he gears up for a return to action at Metamoris 4 next month, though. In his own words (as told to The Joe Rogan Podcast):

"I hate talking about this because this was a real secret. This was a real turning point for me was when I went in, worked on sports psychology and got hypnotized. I was never the same. I was never the same in practice, my attitude was different. Controlling my diet, being disciplined, falling asleep, the way I approached battle, the way I approached the second round. Everything changed, and it changed to the point where, I hate to say what I just said and now it's too late because I felt like it was my secret. I discovered something and I don't want other people to know. I will write about it someday in a book, I will talk about it you know, when I'm retired, but I'm not going to tell anybody because it's competitive edge."

Sonnen’s treatment is becoming increasingly common. Hazel Gale, a British, European, and world boxing and kickboxing champion, trained and qualified as both a traditional and cognitive hypnotherapist after it treated the chronic fatigue syndrome that was blighting her amateur career. She now works with fighters among her clients at The Institute of Clinical Hypnotherapy and her practice in central London.

We caught up with her to find out why fighters get hypnotised.

Fightland: What type of problems do fighters come to you about?
Hazel Gale: A lot of fighters get anxiety before their fights. A lot of people get psychosomatic illnesses in the last few weeks of a training camp. Injuries that feel much worse than they are, for example.

Why does that self-sabotaging behavior happen?
We’d describe it in terms of belief systems. Usually self-sabotaging behavior is a conflict between a value and a belief. A fighter typically values winning. However, if they have a limiting belief, such as “I’m not good enough,” then it creates a conflict. They value winning but don’t believe they can win. In the space between those two things is uncertainty.

It can happen in all sports but in fighting it’s particularly pronounced because of the primal danger involved. 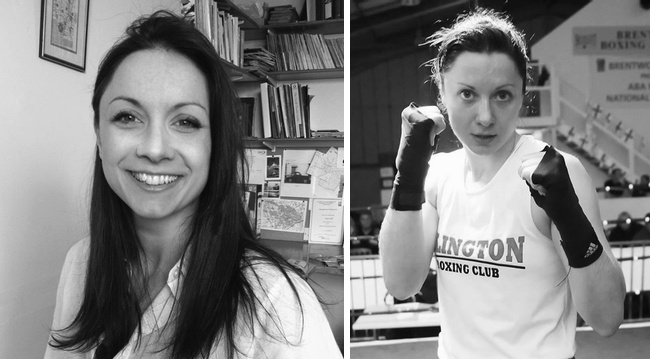 Chael Sonnen saw a pattern in the way he was losing fights. How would it help with that?
Any time I see athletes who have a repeating pattern, I look for the emotions that happen around it and trace those back to the belief system of their unconscious mind. If the belief is ‘I’m not good enough’ it will have a genesis, normally from their formative years, before the age of seven.

It’s likely to be something completely unrelated to their sport. Maybe they were over encouraged by their father and it made them believe if they didn’t succeed they weren’t loved, maybe they were harshly reprimanded by a parent or a teacher, or it could just be them falling over in public and people laughing at them when they were four.

At the time, their brain would’ve been thinking “This is really awful, what’s causing this?” and pointing around for a reason for the fear to be there.

Do you have any particular treatments for fighters?
I do what’s called Values Elicitation with athletes. I ask them what’s important about their sport. They come up with a huge list and when they order it afterwards the things they came up with first are never at the top. It’s always the things right at the end that are the most important.

Let’s say “winning” is one of the first three things uttered. Then they say things like “feeling like I've achieved something” and “not letting my coaches down.”

It becomes like a weeding process. After it, they become much more aware of themselves, which is much better because they don’t feel hijacked, they feel in control. 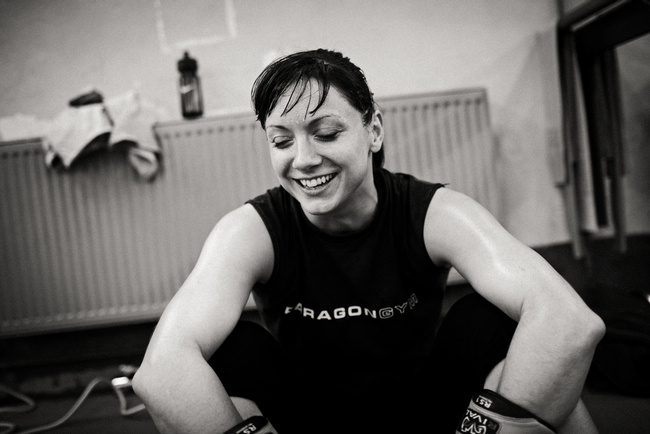 What about the people coming to see you who expect the “You are feeling very sleepy…” treatment?
One of the first things I do is explain that’s not going to happen. It usually puts them at ease. Some people will be happy to have a pocket watch swung in front of them but the rest of us would be sitting there—I know I would—thinking “this is nonsense”.

How has hypnotherapy helped you?
The first thing it did was help me realize how anxious and stressed out I was and how that was making me ill.

Other than that, the most important change has been to allow me to enjoy success. Whenever I had my hand lifted I used to drop my head. I realized I was ashamed of my success and would always think, “I only won because the other girl wasn’t any good” or some other reason.

In December when my hand was lifted after years of working on this stuff I jumped for joy, shouted and felt like crying. I allowed myself to step over that line for the first time.

Can coaches benefit from adopting hypnotherapy techniques as well as fighters?
Yes. When fighters come back in-between rounds they’re highly suggestible and the brain doesn’t think in negatives. For example, if I tell you not to think about a blue tree, you’ve got to think of one first to think of “not a blue tree”.

So, for coaches to understand the basics of using hypnotic language, not using negatives would be a great. “Keep your hands up” is a completely different unconscious demand to “Stop dropping your hands”.

Greg Jackson speaks in a very calm, even way to his fighters…
I would wager his unconscious mind has learned it’s an effective way to talk to fighters. He’s showing them the way comfortably and letting them walk it.

It’s someone trying to push you through a door versus taking you by the hand and guiding you through it.

How does Ray Longo telling Chris Weidman to “punch a fucking hole” in Anderson Silva’s chest fit into that analysis?
(Laughs) You need to make sure that whatever you’re telling a fighter is understandable and memorable. Those two things are more difficult than you might think. Some coaches try to say too much. One time a coach said to me “Show your fucking class!” I was having an awkward fight with someone who wasn’t as good as me but who was strong and brawling. That’s all I remember him saying to me. I went out there and it helped!

Inside the Psychology of Jake Ellenberger