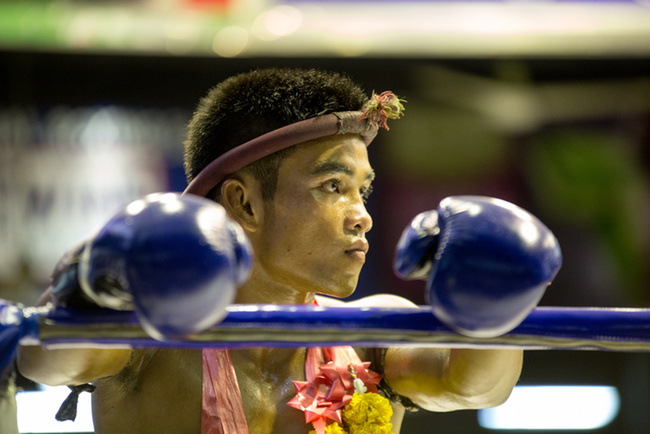 In this age of cross training and style blending, we never know what strategy or technique is going to appear in mixed martial arts and suddenly become a game-changer.

Conor McGregor's comments on the mundane copy and paste Muay Thai that we see so many MMA fighters use as their approach to striking really illuminate this. The future is not with innovators, the guys who are inventing techniques, but with the early adopters in MMA who can take a strategy from somewhere else and apply it to mixed martial arts.

There's a strange elitism in the MMA fan base. They seem to love telling fans of other combat sports what would and wouldn't work in mixed martial arts. Yet if you've been following the sport for any length of time, you will be able to think of an example of this being dramatically proved wrong. In the beginning, the big one was high kicks. “You can't do that in MMA, it's suicide, you'll get taken down.” Then they started landing and ending fights.

More recently? Take your pick. Side kicks, front kicks, deep half guard, X-guard, the gogoplata. All were deemed unsuitable for MMA, all have changed fights in MMA. The first two are still cementing Jon Jones' vice grip on the light heavyweight title. Yet all of these techniques were adopted from other combat sports disciplines.

And this is what is fascinating about combat sports the world over. Slight differences in the rule set make for enormous differences in the strategies and dynamics of the game. Even in generic kickboxing martial arts, slight changes are like a different world. The famous example of American rules kickboxers (no low kicks) going up against “Oriental rules” kickboxers (full Muay Thai rules) in the 1980s and 1990s resulted in great technicians like Rick Roufus being battered by simple low kicks.

But it goes the other way too. Take tools away and strategies must change. Nathan Corbett is in my estimation the scariest man alive under full Muay Thai rules. Corbett realized early on that elbows are the most versatile and damaging weapon in Muay Thai, so he learned to box in combination and on the counter with them. Take them away, and he looks like half the fighter he usually is. There is a reason that the ordinarily fearless Tyrone Spong refused to fight Corbett unless elbows were prohibited.

To stick with kickboxing style martial arts, Sanshou is essentially the Chinese equivalent of Muay Thai. It's kickboxing with clinch work as well, but focuses on throws and trips rather than punishment in the clinch, and generally prefers the side kick to the front kick. Part of that is culture and tradition, the other part is how the bout is scored. Perception is a huge deal in combat sports as well: the Dutch kickboxer, Ramon Dekkers was a slick combination puncher, but dropped some disputed decisions in Thailand, where elbows and knees scored significantly higher with the judges.

Certainly the kick catches in Sanshou / Sanda are beautiful.

In Burma / Myanmar, the equivalent is Lethwei. What's fascinating about Lethwei is that it is fought without gloves—occasionally with rope wrapped hands as in the famous scene from Ong Bak. Even more uniquely, head butts are completely legal.

A ton of stuff we don't usually need to consider. Notice that red takes the right straight on top of his forehead, which is likely to do more damage to blue's hand than red's head. Notice that on the head butt, blue must get underneath red's head to make it worth landing.

Because of these rules, you will see a lot of long swings in Lethwei. Many fighters like to connect with the wrist or open hand with slaps to save their hands unless they're really certain of the target.

Notice, again, that blue's right straight lands on the forehead. Not good.

Indeed the so-called “bull guard”, taking punches on the forehead, is a large part of Lethwei, simply because damage to the hands is almost assured on a bad connection if the puncher isn't wearing gloves. If you get caught up in the silly nationalism of it all—Letwei versus Muay Thai matches, Sanshou versus Muay Thai matches—you will miss the unique dynamic each set of rules brings out.

Perhaps the most bizarre rule set of any striking martial art is that of Kyokushin karate and its variants. Full contact, bare knuckle fighting, but with no punches to the head. This created a tournament meta-game in which competitors stand literally chest-to-chest, exchanging body punches with little regard for their defense, then one will throw up a high kick. It seems utterly surreal, even outright stupid. You're certainly not going to learn much about defensive movement from watching a Kyokushin tournament. But it does produce some of the most dexterous power kickers you will ever see.

Under Kyokushin rules knee strikes are legal, but holding and clinching are not. This results in a plethora of jumping knee strikes from peculiar angles. The most common is where a fighter steps slightly to the side and brings his knee straight up the middle of the opponent's body.

Norichika Tsukamoto's favorite knee. Normally thrown immediately after a left body punch. Notice how Tsukamoto is raising his knee to the side of his body, but jumping to the side so that it comes up straight at the opponent.

He did this pretty often.

But often one will see a Kyokushin karateka attempt to arc a knee from the outside over an opponent's arm, mid jump. Masaaki Noiri, one of my all time favorite kickboxers, has had brilliant success with his knees in kickboxing after a childhood of Kyokushin training and competition.

Parrying, over the top. Lovely.

Kyokushin competition is also the home of the rolling thunder, or Do mawashi geri / Kaiten geri. Because of the rules it is relatively low risk, but tremendously high reward. Bouts are fought so close in, and so ferociously, that a quick push away is almost guaranteed to have the opponent lunging back in. And, if you've been trading body punches, his hands will probably be down.

When it comes to the rolling thunder, Peter Graham is the absolute man. He could throw it in combination, on the counter, and pretty much any time you wouldn't expect it. He even knocked out the great Badr Hari with it. I don't know if the rolling thunder will ever catch on in a big way in MMA, because it is essentially throwing yourself into guard... but against Max Holloway, Conor McGregor at least had a go at it.

The world is filled with weird and wonderful fighting traditions, from shin kicking to jacket wrestling, and no two rule sets or traditions are identical. Plenty seem downright silly—such as the new arm-wrestling / MMA hybrid—but they're all worth watching at least once because inspiration can truly come from anywhere.

Fighting Motives: The Kingdom with No Weapons

Fighting Motives: Broken Weapons and the Search for Alternatives