Fightland Talks To: A Fighter Who Plays the Banjo in His Spare Time 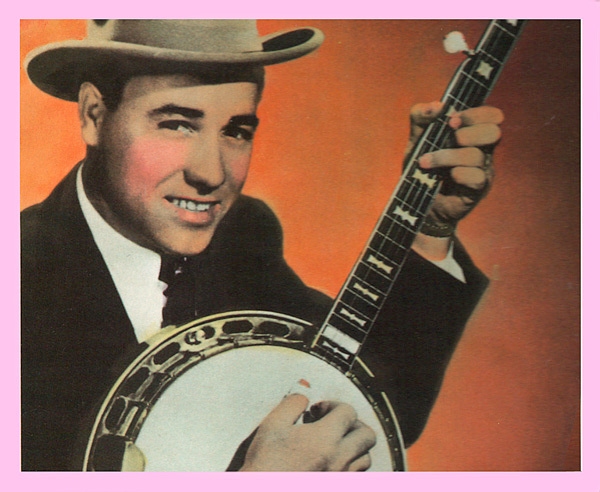 On July 19, Matt “The Crowbar” Hobar will fight Angel Huerta for the Legacy Fighting Championship bantamweight title in Houston, Texas. The 7-1 Dallas native is a strong wrestler with a lot of promise, even the potential to one day make it to the UFC, and he's also a part-time musician who plays no fewer than six instruments. We decided to ask him about his out-of-cage hobby.

Fightland: I've read you play five or six instruments. What all do you play?
Matt Hobar:I play guitar, bass, banjo, I just started violin. I play fiddle style. And drums and piano.

Did you start out with piano lessons as a kid?
Actually, I started with guitar at the age of 11. Once I learned how to do that, I kind of taught myself to play piano and drums. Once I started getting in the habit of learning music and actually practicing, everything else came pretty easy. It felt natural, like fighting does.

What do you do on banjo?
I play a lot of the old-school bluegrass. The grandfather of bluegrass is Earl Scruggs. He invented the three-finger picking style and I just love to play his stuff, because it's real fast.

Have you played with any bands?
Yeah, I used to play in a lot of bands in high school and college when I had a lot more time. We made a full-length CD with one band and an EP with another. But once I got to college, I didn't have as much time for bands, and I had to move all over. I actually went to Colorado because I wanted to study music and sound production. I've done that for a little while and recorded some people and made CDs. A couple of rap guys, like D No.

What were the bands you were in that recorded?
Euphony and Hello Race Car. The Euphony album was called Truth in a Sea of Disbelief, and the other one didn't have a name.

Do you see any similarities between the way you play music and the way you fight?
Oh, yeah. I see so many similarities. When I want to get a move down in fighting--say I want to practice a kick--I practice it a million times until I get it right, until it’s instinct. That’s the same with a musical piece. You just practice it over and over and over and over until it’s so familiar that you can just hit it right off the bat. In the cage when I’m fighting, my mind is focused only on the guy in front of me and winning. It’s the same with playing an instrument: My mind is so focused intently on this one objective at hand and just blocks everything out and keeps me peaceful.