UFC Star Julianna Peña on Fighting With a Smile 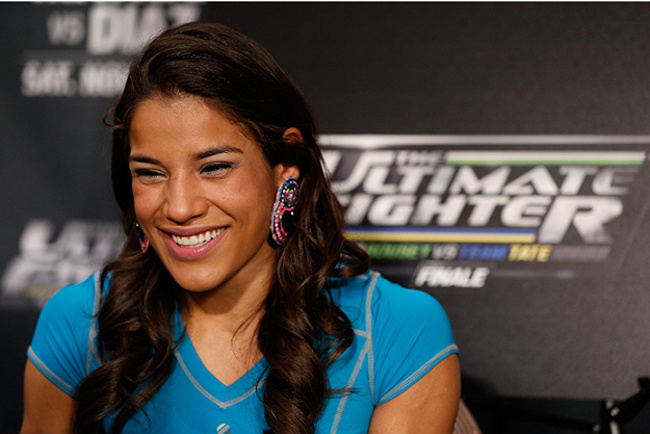 Julianna Peña was the biggest news in women’s MMA for months. She won The Ultimate Fighter 18, the first season of the show to feature female fighters. And then shortly after that, she suffered a gruesome knee injury during training. Different reports came out about what happened to cause the injury, and Dana White reacted strongly, saying that Peña should leave her gym. It sounded like she could be out for two years.

However, Peña thinks she’ll be back in a year or less. She had knee surgery earlier this year and is now off of her crutches. When I talked to her, she was on the way to teach a seminar. She said she could move around, but that she had helpers there to demo things she can’t yet do safely. She thinks she could be training hard again in as little as six months.

Peña is a polarizing figure. The way The Ultimate Fighter was edited, she seemed to be unpopular with some of her housemates, and after reports of the injury came out, some social media wasn’t kind. But, her enthusiasm for the fight is infectious. She comes out hard in every fight, in every round. The joy with which she competes, often times with a huge smile, is transcendent.

Peña got into fighting after high school. She was invited to a cardio kickboxing class and then stayed for the MMA class after that and fell in love. She’d always been active; playing basketball, soccer, softball, tennis, and, her favorite, some strange Pacific Northwest thing called pickleball.

Fightland: Looking at your fight record, I see that in one of your amateur fights you won by “Submission (Punch).” What happened there?

Julianna Peña: I kept jabbing the girl. Every time she came in, I just jabbed her in the face. By the tenth time she got whacked in the nose, she just quit. That’s when I realized I had a good jab.

I fight because I love to compete. It’s also very exciting when another girl thinks that she can beat me, and I don’t think so. It’s cool to see what she’s got, what I’ve got. I’m passionate about that.

You’ve had some bad luck with injuries. I heard that once you missed a fight because a drunk driver hit a tree and the tree hit you.

Yeah, that was a few years ago. I was supposed to fight Lauren Murphy. She’s the current Invicta bantamweight champ.

I was the designated driver for my friends. We were downtown, and we were going to the next place. I was walking behind them because we’d had an argument. I was ready to go home and my friend wanted to check out one last bar, so I was lagging behind them. These guys came by in a car and they were yelling out the window, “Hey, mamacita, whoop whoop!”

I knew they were talking to me, because my friend is white with red curly hair. But I just ignored them and kept walking.

They passed a parallel parking spot and went to a red light, and then they reversed to get into the spot. They scooted into it, but instead of turning the wheel correctly, they overcorrected, slammed on the gas, hit a tree, and the tree hit me. I got knocked out and my nose shattered.

I took a fight less than a month later, thinking it would get me out of the slump I was in after that. It was Sarah Moras. I lost that one. She arm barred me, but I wouldn’t tap. I just kept fighting with one arm and my other arm was dislocated. You can see it flapping around in the video. A doctor had to stop it.

The really gratifying part about all of this is that in my rematch against her in TUF, she tapped out to my guillotine.

On TUF, we saw some scenes of you helping some other female fighters dress up and put on makeup. Do you feel like you need to be extra feminine when you’re not fighting?

No, it’s just the way that I am. I’ve been wearing roll-on glitter since I was in the second grade. You remember The Drew Carey Show? There was a woman on that show, Mimi, who wore a lot of makeup and blue eye shadow. I would put on makeup and my family would call me Mimi. 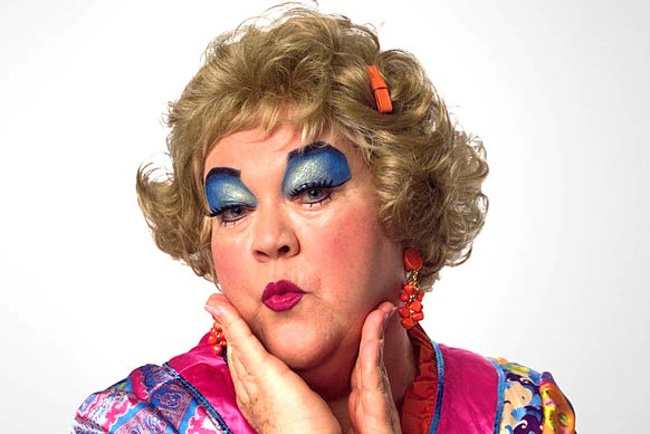 I only really get dressed to the nines when I have to take pictures. I hate taking pictures. I make sure my face looks as best as I can.

My smile is all jacked up. I’m pretty self-conscious. I was bigger in high school and then lost weight after starting to train mixed martial arts, so I think I still have that big girl sort of fear of the camera.

I heard that you’re doing some reading to help with your recovery.

I was reading a book called The Power. It’s kind of like the sequel to The Secret. It just told me to keep a positive mind and love more than you’ve ever loved in your entire life. The things you want out of life are possible, and you can get those things if you just love. You can make whatever you want to happen if you continue to put love out there.

That book was just more of a reminder of what I needed to continue to do. I felt so bad after the injury. It may have already been there in my personality, but I couldn’t identify it or tell what it was.

I really love and am very passionate about MMA. I eat, breathe, and sleep MMA. I set a goal and I thought it was true so much that it was almost as if it had already happened, and then it did.