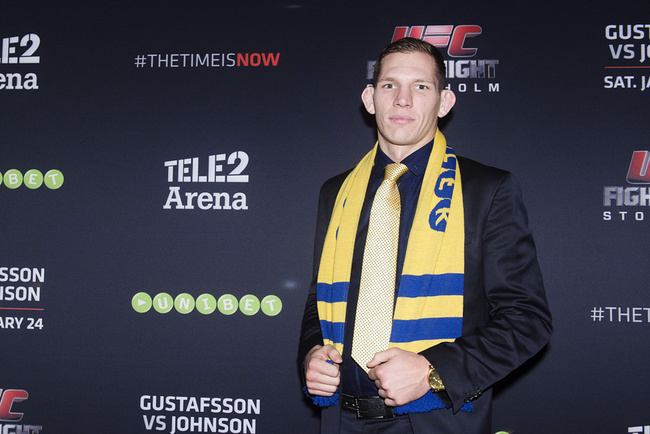 Luke ‘Bigslow’ Barnatt made quite a splash in UFC after his quarter final exit from TUF 17, where he was selected as Chael Sonnen’s number one pick. Picking up three wins on the trot against Collin Hart, Andrew Craig and Mats Nilsson, the English middleweight had a lot of momentum as his record improved to an unbeaten 8-0.

However, after his last two bouts, Barnatt finds himself on a two-fight skid after being on the wrong side of split decision losses to Sean Strickland and Roger Narvaez. While dealing with a first professional loss is tough for every fighter, what makes it even more difficult for the Englishman is that a lot of people feel that he should have taken victory in both of his losing outings.

“For me it feels like everyone thought I won those two fights,” said Barnatt. “There’s a huge problem with the UFC and that’s the judges. I’m probably one of the unluckiest UFC fighters when it comes to the judges. In my last two fights I felt like I won.

“In my last two fights, they probably weren’t the best fights to watch, but I fought my fight and felt like I did enough to win. That’s all that you should really have to do. I am a bit upset by that, especially because my career map has been affected by bad judging.

“The first loss was ridiculous, the Sean Strickland fight, that was probably the worst if not the second worst decision of the year. That fight put me into a spiral and I ended up going to Texas and fighting some guy I’ve never heard of. And then it happened to me again.

“It’s been a bit of a tough time, but none of that really matters going into this next fight. It doesn’t change the way I feel about the way I’ve been fighting. I feel like I’ve fought good fights so it doesn’t really hang over me as much.

“I feel like when people give me the opportunity to put on an exciting fight, if my opponents want to have a fight, a bit of a brawl and give the fans something—I’m always ready for that.” 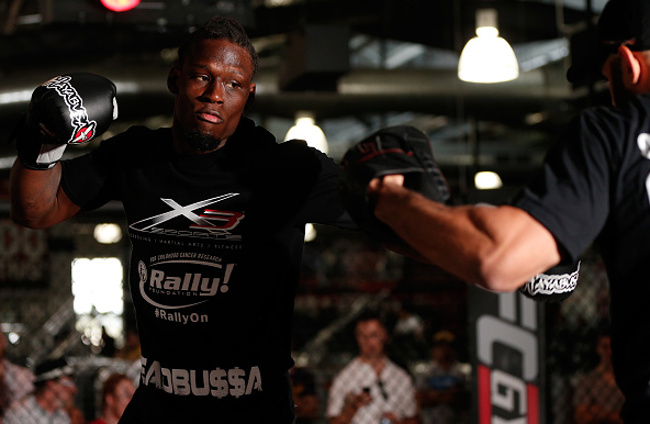 Although Clint Hester and Barnatt are quite close after their time together in the TUF house Barnatt maintained that because his last two opponents were mostly on the backfoot throughout their respective fights with him, facing Hester’s aggressive style is something that he will relish.

“I didn’t want to fight Clint at all to be honest because we’re quite friendly, but his style—that aggressive, swinging style—that will play right into my hands. That’s what I’m used to.

“I’m the tallest middleweight in the world at 6’6’’, I’ve got one of the longest reaches in the UFC’s middleweight division. If you’re going to run away from me I should really win on points, which I have done before. It’s usually a bad tactic for people, apart from when you’ve got stupid judges watching the fights.

“Clint hasn’t got that in his DNA. When you watch any of fights, as soon as he gets touched, whether it’s a jab, leg kick or whatever, he comes at you. He swings with a lot of power. He’s exciting and he’s dangerous.

“In my last two fights I’ve had no fear. I’ve not been worried about the opponents whatsoever and I’ve been in complete control. Obviously I got caught with a head kick in my last fight and I got rocked in the third round, but that’s when the fight came alive.

“He tried to beat me, I worked out the situation and I ended the fight on my feet swinging at him. That’s what fighting is. I’m there to get hit, I’m there to hit the other guy. I’m not trying to put on these boring fights where we’re at a distance the whole time.

“I’m the guy that controls the distance because I’ve got a long reach, so really they should be trying to get on the inside with me. I’m really excited for that because Clint will do that on April 4.”

Hester and Barnatt even toasted their future meeting after UFC 184 last weekend. Barnatt explained that there are no hard feelings between the two as they were always aware they could clash in the Octagon after both being number one picks on The Ultimate Fighter: Team Jones vs Team Sonnen.

He said: “It’s weird, we were hanging out on Saturday night after the Ronda fight. We had a toast over a shot of tequila. There were a few of us there, Kelvin and Josh Samman were there too.

“I would speak to him generally, not a lot, but we’ll speak on Twitter from month to month and I do text him now and again to see how he is. I’ve been at nearly everyone one of his fights supporting him apart from his last one in Australia. I’ve met his Dad, we’ve hung out, so yeah I know him pretty well.

“We were pretty close on The Ultimate Fighter—he’s a cool guy. We get on well but we’re both very aware of the fact that this about our careers, and we have absolutely no qualms about fighting each other. We don’t care, we’re both in the same situation and we have something to prove.

“It’s almost an exciting thing. When we were on The Ultimate Fighter we were both number one picks and we’ve both thought this fight was going to happen for two or three years.”

Claiming that he has no problem separating emotion from competition, the rangy middleweight is confident that there should be no problems for him fighting a friend. In fact, he thinks it might even make it easier.

“I don’t know if it’s hard to fight a friend, it is new terrain, but at the moment it certainly doesn’t feel any different,” he revealed. “It’s never come into my head while I’ve been training or anything. I’ve never been a guy that fights off raw emotion. I don’t have to hate my opponents or anything like that.

“Everything is the same. I’ve studied Clint like all of my opponents to see what he does and then I concentrated on myself. I watch a lot of footage, I follow their careers and see what they’ve done previously, I try to map out what I think they will try to do and try to think of what I’ll do. It’s all the same for me.

“I know Clint better than I usually know my opponents, so it should be easier in theory. I’ve watched all of his fights. I know what he does so there should be no surprises.”

Finally, Barnatt explained that he believes his best path of victory is trying to outbox Hester. Drawing on previous boxing experience, Barnatt is looking to stick and move his way to victory on April 4.

“It’s kind of like what my boxing coach back home in England, Steve Whitwell, always said to me. I had a boxing fight about three years ago and I was facing the boxing equivalent of Clint Hester.

“Steve said to me, “If they’re a big powerful puncher—you’re a boxer”—meaning that you should move. You should outbox power and never let him set his feet down. You don’t go punch for punch with a guy like Clint.

“There’s no reason for it. I think an advantage I have over him is that I’m a quicker puncher than he is. The way I throw punches, my body and my speed, it’s tailor made for boxing. You see so many fighters using power over technique, look at my fight with Andrew Craig.

“He was a similar build and when he came running at me trying to hit me with a big shot, you saw what happened. It played right into my game,” he said.

Luke Barnatt Has Some Career Advice for His Fellow Fighters